On se fait un cinÃ©? Going to the movies in Paris

Want to get involved? Become a Featured Expat and take our interview.
Become a Local Expert and contribute articles.
Get in touch today!
Filed: Leisure and Sports,France

Although you might think thereâs nothing âtypically Frenchâ about going to the movies, itâs one of the most popular activities in the city. With a rate of one screen per 6000 people, Paris has the highest concentration of movie theatres per person in Europe. Sunday evening is often âmovie nightâ and there are countless festivals all through the year.
From the local art house to the big multiplexes, hereâs a quick rundown of going to the movies in Paris. 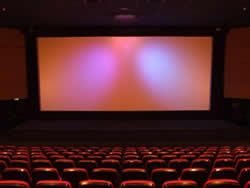 Going to the movies in Paris
First, my top 3 reasons to see a movie in Paris:

For movie listings, I strongly recommend the website www.allocine.fr â itâs got all the movies and showtimes in one easy place. They even have an App, so you can check this stuff out on the go. Movies come out on Wednesdays here, so cinema schedules change in the middle of the week.
Watch out for: the initials VF and VOST (or just VO). They stand for Version FranÃ§aise (dubbed in French) and Version Originale (with subtitles). Unless you want to hear Bruce Willis speak fluent French, I suggest you try and stick to the VO versions!

Where to go: There are three main chains of cinemas: UGC, MK2 and PathÃ©, as well as many independent ones. Youâll be able to find a movie theatre in almost any neighbourhood. For the âmultiplex experienceâ, try UGC Les Halles, UGC Bercy, or MK2 Bibliotheque Francois Mitterand. Other main areas are OpÃ©ra, Champs ElysÃ©es, and Montparnasse. Most theatres will allow you to buy your tickets online in advance. I strongly suggest this, as youâre sure to get in. Like everywhere else, the opening weekend of the big blockbuster movies will usually be full, and Iâve seen many people arrive at the theatre, only to leave since the show is sold out.

Two special places worth mentioning: the CinemathÃ¨que (www.cinematheque.fr), near Bercy, often has great movie-themed exhibitions, and the Forum des Images (www.forumdesimages.fr) at Les Halles is a huge library of films. Check out their programming regularly for special events.

Know that when you arrive at the theatre, queues will often be outside, since space inside is at a premium. If youâre picky about where you sit, Iâd recommend getting there at least 15 minutes early.

If you live in Paris and see a lot of movies, you might want to check out the monthly cards at UGC and PathÃ©. For roughly 20â¬ per month, you can see an unlimited number of films â if youâre seeing more than two a month, it might be worth it for you. They have an initial sign-up fee, but have promotions every couple months where itâs waived, so keep your eyes open.

One last tip: You can get your popcorn in salÃ© (salted) or sucrÃ© (sweet), but thereâs no melted butter topping.

Megan McGuire ran off to Paris 4 years ago, and can't remember how life was before. Originally from Canada, she decided that she'd stay for a year, but when given the opportunity to stay longer, she couldn't turn it down. Through her blog, she chronicles her life in pictures.

If you have anything to add about your own experience relating to this article, or perhaps have a question for Megan please leave her a comment below!