23/12/13: Thanks to everyone involved. A truly remarkable standard from every single expat blogger! The winners have been now been published. See the Expat Blog Awards 2013 winners list and read all the Expat Top List contest entries here

Expat Blog Awards - an annual event run by ExpatsBlog.com, where a gold, silver and bronze award go to the top 3 blogs in each country. We're continually finding fantastic new blogs to add to our extensive directory, and so don't be surprised if you receive a rewarding email!

Expat blogs that have been nominated and listed in the ExpatsBlog.com directory can proudly display the official ExpatsBlog.com Expat Blog Awards Top Blog graphic seen to the left here. If you are listed with us, you can use the following code to display our "Top Blog" badge:

For help adding to Wordpress/Blogspot hosted sites and some alternative badges click here.

Below are some example Expat Blog Award winner badges... 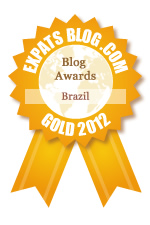 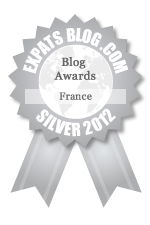 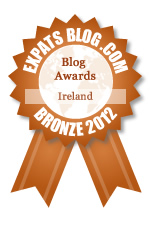 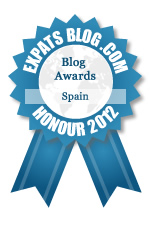 Should you want to nominate your favourite blog please get in touch and we'll be more than happy to take a look at it.

To qualify, the expat blogs must have been submitted and approved to be listed within this site. Once approved, each expat blog will have a dedicated listing page where fans can leave a appreciative comment. We have a nice Top Blog graphic to add to your site, which should encourage fans to leave some love! The Expat Blog Awards 2012 judging was largely based on peer-voting (i.e. fan comments). This also dtermines the country page listing order so it's a great idea to get some of your regular readers to leave a note on your blog listing page.

Here is some great feedback from our expat blogging friends:

"Thanks to Expats Blog I have indeed realised just how many people do actually read and enjoy my blog about Italy. It has indeed been a great surprise and somewhat overwhelming reading the comments of appreciation. I have made virtual contact with interesting people from all over the world via blogging and learnt a lot. It gives me great pleasure being able to share with them in return our little piece of Italy that we are lucky enough to call home. Your efforts with this award are much appreciated." LindyLouMac - News from Italy

"Having been nominated for the expats blog award has been a fantastic experience-winning the 2012 title for Spain, even better! For me, the most valuable aspect has been the hugely touching, encouraging and eloquent reader feedback. The level of response was way beyond my expectations and I feel nothing but gratitude." Anna - Anna Nicholas

"I was surprised when I read The Yum List had been nominated as Best Expat Blog 2012. At first I was chuffed that I had even received a nomination. When followers' comments started rolling in supporting The Yum List though, I was touched by the feedback and warm endorsements. I even had a few tears of happiness reading some of the encouraging remarks. Gold or not, being part of the experience was a heart warming way to end the year." Monica - The Yum List

"Thanks so much. Its fantastic, really thrilled to have won. It's been hugely worthwhile to be involved (with the awards and the interview also). I've gained new readers and it's definitely helped to boost traffic. I also find your expat related newsfeed pretty useful for my own personal interest, so really great all round! The only downside is that I promised to do 'cartwheels for votes' if I won! Looks like i'd better limber up and put my money where my mouth is!" Sam - A Bit of Lux

"I am extremely touched by the comments my followers from the UAE and around the world have left on the Expat Blog Awards nomination site showing such tremendous votes of confidence in FooDiva. My nomination and the subsequent gold win has also brought in new readers, boosting traffic. The award is also a reflection on the growing importance of food blogs in the UAE - not only did I win, but the silver, bronze and one of the highly commended accolades were all food blogs. Huge, heartfelt thank you!" Samantha - FooDiva

"I'm really chuffed to have gained Gold status for Best Expat blog for Greece, 2012. I work hard to promote Greece in a realistic and positive light - the Expats Blog experience has helped my exposure to new followers from around the globe and to also read about other people's expat experiences. The final results came through on my birthday - hence what a fantastic acolade and present to myself!" Bex - Leaving Cairo

"Thank you so much for running the blog awards. It was very instructive (and rewarding) to read the reviews and see what people most appreciate in my blog and know I'm on the right track. After living in France for 37 years, my aim is to share an insider's view so people can enjoy France more. And that is what readers commented on most." Rosemary - Aussie in France

"Thank you so much for the award. It has been great fun to follow, and I have read some really great blogs I would not have found if it were not for the site. It has also been so nice to read the comments that people made about my blog, most of whom I do not know. Makes all the hard work that goes into it worthwhile." Lindsay - What about your saucepans?

"I feel so honored to be recognized by this awesome site. It's been amazing (and blush-inducing!) to hear from readers about how much my blog has helped them, and about the community they feel they're a part of. I can already see from my statistics that winning this award has sent new readers my way, too. I'm feeling very grateful to my readers and to Expats Blog, and I'm already excited to defend my title next year!" Ashley - Our Dear Lady Expatriate

"Thanks to the Expats Blog Awards, I actually got to read some very interesting stuff from different bloggers all over the world. It's created a list of lovely bloggers under each country. And it has been nice to know about the expat experiences in different parts of the world. I do have to point this out - now-where in the world have the bloggers gathered so many comments as in the UAE. Great to see that UAE has such a bunch of brilliant bloggers. Though I missed out on an award I think I'm thrilled to be a part of this brilliant bunch!" Ishita - Ishita Unblogged

"Expats Blog has been a wonderful boost for my blog. I get a lot of hits directed from the site and it was such a great boost to win a silver award for the blog in its first year! I have connected to other great blogs and bloggers too and that is such a valuable resource. Many thanks!" Susannah - Mexico Retold