Valentines Day Traditions Around The World

Want to get involved? Become a Featured Expat and take our interview.
Become a Local Expert and contribute articles.
Get in touch today!
Filed: Expat Living,
Valentines Day is a romantic tradition which is celebrated by millions of us every year as a way to express our love with gifts, chocolates, flowers and cards. This special day has been around for hundreds of years and is celebrated worldwide through various traditions and customs.

Valentines Day is believed to have originated as a celebration of an early christian Saint from Rome in 269AD. As legend has it, St Valentinus was imprisoned for performing weddings for soldiers who were forbidden to marry. During his time in prison, Valentinus is supposed to have healed his jailers young daughter and fell in love with her. On the day of his execution on February 14th 270AD, Valentinus is believed to have sent his love a farewell handwritten note signed 'from your valentine'. Hence, the start of Valentine's Day. 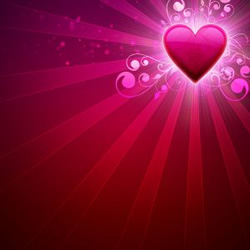 How do expats celebrate Valentines Day?
During the middle ages, valentine greetings were commonly exchanged between friends but it was not until the 15th century that friends and lovers began to exchange written valentines. In the 17th century it became popular for friends and lovers to give gifts and handwritten notes to express their feelings. By the 19th century, due to modern printing facilities notes had begun to be replaced by the popular greeting card which we know today. Nowadays, with the exception of Christmas, more Valentines Day cards are sold than for any other celebratory day in the year.

Valentines Day is celebrated throughout most of Europe, although traditions differ from country to country. In the UK, Valentines Day is celebrated traditionally with the exchanging of gifts, flowers, chocolates and greeting cards. It has been estimated that over half the British population now spend money on cards and gifts to send to loved ones on this special day. In addition to the exchanging of gifts and cards, Valentines Day has become a big business for hotels and restaurants with romantic getaways or candlelit dinners for couples to celebrate.

In countries such as Greece, France and Italy, Valentines Day is celebrated in much the same way as we do in the UK. Gifts and cards are exchanged between loved ones with traditional poetic verses composed to express their love. Romantic candle lit dinners at restaurants or at home are also popular ways to celebrate for these countries. In the city of Verona in Italy, Shakespeare's Juliet receives more than 1000 valentines cards! In Spain, Valentines day is celebrated as we do with the exchanging of gifts and cards, however it is only between people in love that give and receive presents, unlike other countries which send valentines to family, children and friends.

In Denmark, a tradition exists where men and women send a pressed snow drop to friends. It is also common for men to send women a 'joking valentine' with a poetic verse. The card is signed by dots instead of a name, with each dot representing a letter of each name. If the woman guesses the name of her valentine, she will receive a Easter egg at Easter time.

Celebrations of Valentines Day in Asia

Although no where as near as popular as in western countries, some Asian countries do celebrate Valentines Day or their own version of it. South Korea has an unique tradition which involves women giving chocolates to men on February 14th and in return men give women non-chocolate candy on March 14th, which is known as White Day. Then on April 14th (Black Day), all men and women who did not receive anything on either day must go to a Korean restaurant and dine on black noodles and 'mourn' their single life.

In China, Valentines Day as we know it on February 14th is not celebrated at all, with most Chinese not knowing what it is unless they visit a western country or see a foreign movie. They do however celebrate a type of Valentines/lovers day on the 7th day of the 7th month in the lunar calendar. This usually involves men giving flowers and chocolates to the women they love.

In certain countries in Asia, Valentines Day is banned as it is seen as been against their culture and teachings. In Saudi Arabia the sale of Valentines day gifts, flowers and cards were banned from all shops in 2002 and 2011. However in Pakistan, although the celebration is still frowned upon by many people, the exchanging of gifts and flowers has become popular amongst young people.

Known internationally as passionate lovers, it is only to be expected that Latin American countries are keen to celebrate Valentines day, although their customs and traditions often differ to ours. In countries such as Columbia, Costa Rica and Mexico, Valentines day is celebrated as the 'Day of Love and Friendship' on 14th February. To celebrate people perform 'acts of appreciation' for their friends and loved ones rather then giving gifts or cards.

Brazil does not celebrate Valentines day on 14th February, mainly as it is too close in date to carnival time which is usually between the end of January to Mid-February. Instead they celebrate 'Lovers Day' on June 12th which is the day before St.Anthony's day, the marriage saint. Single women perform popular rituals through song or dance to find a husband or boyfriend, whilst couples exchange gifts, flowers and cards as we do on Valentines day.

In many countries in Latin America it is popular to celebrate 'secret friend' on the 14th of February. This involves a participant giving an anonymous gift to another person, very much like 'Secret Santa' which takes place in many places at Christmas in the UK.

Expats: how are you celebrating this year's Valentines Day? We'd love to hear below!

Great article! Thanks. My wife and I tend to celebrate Valentine's Day by staying home and cooking a fun meal. One year we tried lobster tails another filet mignon. But we played it low key last year; my wife picked up Chick Fil A chicken sandwiches, not too fancy but delicious. This will be our first V-day abroad and in keeping with our stay at home tradition I decided I'll try to cook. I found a Polish Grocery store in our town here in the Netherlands. We're both Polish descent, so I thought this would be perfect. So this morning I trekked across the town square midst freezing temps and howling wind but when I arrived, the store was closed. Opened at 13:00. Defeated, I marched home and I am now waiting. I hope the kielbasa and pierogis are worth the second trip! I'll let you know how things turn out on my blog. Happy Valentines Day to all Expats!

Thanks for the update Dan! Great to hear your plans and that you got to that Polish shop in the end :)