Moving to Dubai - Kingdom of the Expats

Want to get involved? Become a Featured Expat and take our interview.
Become a Local Expert and contribute articles.
Get in touch today!
Filed: Moving Abroad,United Arab Emirates
Dubai has long since attracted thousands of ex-pats seeking to live a lavish life style in the lap of luxury. In 2010 Dubai had a population of over 2 million people with only 13% UAE nationals. The majority of the population, even today, is made up from expatriates from all over the world. Every year Dubai sees the arrival of 10,000 ex-pats in search of the glittering lifestyle that Dubai boasts. The combination of better quality of life, year round sunshine, high salaries and a tax free income continue to attract people from all walks of life. 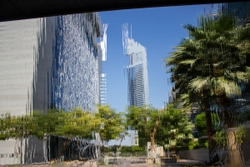 Moving to Dubai - Expat
Dubai originated from a small town and first came to attention of the world in the 1960's with the discovery of oil. Since then the country has rapidly expanded and developed with industries in construction, tourism and financial services contributing to make Dubai one of the richest countries in the world. However, the global economic crisis in 2008 seriously affected the economic situation in Dubai with many ex-pats losing their jobs, investments and homes. This crisis however, did not seem to deter the thousands of ex-pats who were still choosing to emigrate to Dubai for a better life style and as the economic situation continues to improve so do the ex-pats drawn to a country where many say have "streets paved with gold".

The lavish, luxurious lifestyle that Dubai offers is a big attraction for many young skilled professionals moving to the country. The country is packed full of exclusive hotels, bars, restaurants and shops offering ex-pats a huge playground that they could only dream of back at home. There are many work opportunities available for both skilled professionals and labourers which attracts foreigners from all over the world, allowing them to live a life of luxury whilst still been able to send money home for their families. The tax free income on all salaries is a haven for many ex-pats fed up with the rising tax back home in western countries. Wages are on average much higher than other parts of the world which allows many ex-pats the opportunity to buy their own home which is usually not allowed in most other Middle East countries.

The country has one of the lowest crime rates in the world due to strict rules and even stricter punishments for drugs, robbery, rape and murder. This is cited as one of the main reasons by ex-pats why they choose to emigrate to Dubai, especially among families who are looking for a safe place to bring up their children. Residents can walk the streets safely at any time of the day or night without fear of been mugged or attacked. The country has strict Muslim beliefs and it is important that all foreigners abide by their rules and customs as to mock them can have serious consequences which has been noted in the press with stories of imprisonment for ex-pats kissing in public.

One of the biggest attractions to the this wealthy mecca is the agreeable climate, with all year sunshine. The country has very little rain with sunny days and clear skies enjoyed by citizens all year round. In the winter warm temperatures can be enjoyed relaxing on the numerous beaches, whereas in summer extensive air conditioning in all buildings provide a comfortable environment with indoor pools and water parks featuring as popular activities.

Ex-Pats with families re-locating to Dubai will find a wide choice of nursery's, pre-schools, primary schools and secondary schools that follow international levels of teaching. Many schools also follow the British Curriculum which provide very popular with the many British ex-pats living in Dubai.

With all these benefits, it is easy to see why so many foreign nationals flock to Dubai. The amazing shopping, lavish lifestyle and tax free income are all a major draw for ex-pats of all nationalities and ages. Most ex-pats tend to mix together and majority of young skilled professionals live in New Dubai with the man made Dubai marina. The marina has everything anyone could want for leisure and entertainment with it's own beach, deluxe hotels, towers, bars and restaurants. Families which have emigrated to Dubai tend to live in popular emirate villas which are not far from the Marina and situated around golf courses and beautiful man made lakes.

As the economic situation continues to improve and develop in this wealthy nation it will come as no surprise that people continue to flock to Dubai in droves searching for the pot of Gold at the end of the rainbow!

Fun facts about Dubai - Did you know...

1) The population of Dubai has more than doubled since 1995 as more and more foreigners move there. In 1995 there were just 700,000 people, the population is now estimated at over 2 million.

2) Dubai is home to the biggest shopping mall in the world, The Dubai Mall. The exclusive mall features leather sofa's, marble floors, an aquarium and discovery centre.

4) The roads in Dubai can get very congested, so residents may be surprised to learn that in 1968 there were apparently only 13 cars in the whole city.

5) Kissing and dancing in public in Dubai are illegal and can lead to severe punishment.

6) Dubai is home to the world's tallest hotel, The Rose Tower which stands an impressive 1092 feet high.

7) Dubai International airport is the 5th busiest airport in the world.

8) There are no street addresses in Dubai!

"it does seem moving to Dubai would be that difficult... I think now I should ask my international moving company to get ready in help me settling to Dubai. New expat rules seems to be friendly for international people"