Want to get involved? Become a Featured Expat and take our interview.
Become a Local Expert and contribute articles.
Get in touch today!
Filed: Moving Abroad,
In the last decade there has been a significant increase in the number of people emigrating to European countries in search of a warmer climate and better quality of life. Popular destinations include France, Italy, Spain, Germany and Greece. Due to an increase in regular low cost flights these countries are easy accessible from the UK for expats who don't want to be too far away from home. Many of these developed western countries have excellent medical care, high standards of education and a higher standard of living which attracts many expats. 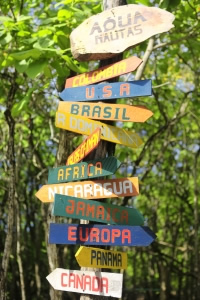 With a rich culture and enviable mediterranean climate, Spain attracts many expats with it's relaxed and easy going pace of life. Over 6% of the population in Spain is made up of expats, with the majority been British. Easily accessible from the UK with regular low cost flights, Spain offers expats a higher standard of living and a more relaxed pace of life. Open for tourism all year, many expats move to Spain to open up businesses, such as bars, restaurants and hotels. The local people are friendly and welcoming and the cost of living is fairly low in comparison to other European countries. House prices are generally lower than in the UK and food prices and dining out can be reasonably cheap if you dine with the locals rather than the more expensive tourist restaurants. The mediterranean, coastal areas in Spain have hot summers and mild winters, which are the most popular areas for expats moving to Spain.

Only an hour away from Britain, France offers a new life style for many expats who don't want to be too far away from Britain. France can easily be reached by a choice of transport, either plane, ferry or the convenient euro-tunnel which operates on a regular basis. France is one of the world's culture centres, with many art galleries, museums and stunning architecture scattered around the country. The south of France is very popular with many expats due to it's warm summer climate and mild winters. The country has a lower crime rate than many other European countries with a slower, relaxing pace of life. Many expats find France an excellent country to raise a family due to it's excellent education system which is one of the best in the world. Presently there are 4.3 million expats living in France from all over the world, making it one of the most popular European destinations for expats.

Germany as a home for Expats

Germany has seen an gradual increase in the number of expats moving to the country in the last few years. There are now over 250,000 expats living throughout Germany. All the cities have their own exclusive style which attracts a diverse range of nationalities and cultures. Many expats have emigrated to Germany due to the high standard of education in schools and Universities. The cost of living varies from area to area, with it been more expensive in the cities, however on average salaries are higher than other European countries. Germany has a wide variety of cuisines and is popular with people who enjoy good food and drink.

Italy is very popular for expats who appreciate the rich and lively culture. Beautiful countryside, stunning architecture and exquisite cuisine all combine to make Italy one of the most popular European destinations for expats to emigrate. Over 6% of the Italian population now consists of expats who are attracted to the warm climate and high standard of living. The Italian people are very friendly and social and are generally welcoming to expats from all over the world, as they are more than happy to show off their beautiful country. Italy offers an agreeable climate for expats, with hot summer days and balmy nights, plus a mild winter. Italian cuisine and coffee houses are a big part of Italian culture which combines their love of socializing. It is common for many business meetings to take place in coffee houses or restaurants in Italy which has a more relaxed and easy going approach to life, which is a big attraction for many expats. The cities of Rome, Venice and Milan are popular with many young expats, whereas the beautiful rural areas of the country are more popular with families and retired expats looking for a slower pace of life in a safe environment.

Although not as popular as Spain, France and Italy, Greece has become a popular destination for many expats since it joined the EU in 1981. Despite the lack of international companies based in Greece, tourism is a large industry which offers many work opportunities for expats moving to the country. The average salary is rather low compared to other European countries, however expats will find that the cost of living in Greece is relatively low, with Greece having the lowest cost of living in the EU. Expats are attracted to Greece due to it's warm climate and beautiful scenery. The country is soaked in culture and history, with stunning architecture. Expats in Greece experience a higher quality of living standard as the Greeks have a more relaxed and laid back approach to life. The people are very warm and welcoming to foreigners from all over the world.

Moving to the Netherlands

The Netherlands is a very cosmopolitan country which attracts expats from all different nationalities and cultures. Living in the Netherlands, expats have easy access to many other European countries with an extensive waterway which links The Netherlands to France, Germany and Belgium. The Dutch people are a very welcoming nation and even allow expats with residency status to vote in elections. Even though prices have rose recently, The Netherlands still boasts a lower cost of living than many other European countries. Expats living in Netherlands will find the country to be culturally diverse with many arts galleries and museums to keep them entertained.