Expat Interview With Mary Abdo - US Expat In India

Want to get involved? Become a Featured Expat and take our interview.
Become a Local Expert and contribute articles.
Get in touch today!
Filed: Interviews,India
Mary Abdo had her first trip abroad at age twelve, and she's been moving further and further across the globe ever since, first to England, then to Paris, then to Bruges, where she studied for a year. After grad school in Boston, she lived in five years in London (with her partner, who is English) and then moved to India at the start of 2012. She's been out of the US long enough that she doesn't recognize any B-list celebrities and uses slang from 2005. Mary authors her expat blog called Californians and Indians (see listing here 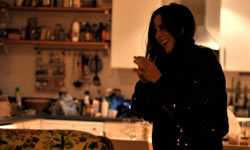 Here's the interview with Mary...

In which country and city are you living now?
Mumbai, India

How long have you lived here and how long are you planning to stay?
Moved in February 2012 and will probably be here for another 3 years or so. The time has flown so far and we're loving it here.

Why did you move and what do you do?
We moved for my partner's job - he's the Mumbai bureau chief for the Financial Times, though we wouldn't have left the UK only for that reason. I was as keen as he was to move to India. When the job came up at the FT, we said, "What kind of life do we want to look back on when we're 80?" Moving to India felt like an important part of having the kind of life you could look back on and feel like you'd had a pretty great adventure in your day.
I am balancing work at a consultancy doing business development and research with novel-writing, which has taken up much of my time since I moved here.

Did you bring family with you?
Only our two enormous Maine Coon cats, Eric and Lady Leonard. Trying to move cats to India is not for the faint of heart (or cost-conscious).
They are so big, and so furry, that they rather look like different creatures to Indian street cats. By way of illustration, the first time our cleaner came to the house she took one look at them, screamed, and refused to come in until her father arrived to go inside with her.

How did you find the transition to living in a foreign country?
I've lived abroad for many years, so the simple challenges of transitioning into a new environment - all the stuff you don't know how to do, the implicit rules and norms (try taking the London Underground!) - I guess I was expecting that to be challenging so I wasn't blindsided. It's actually a huge part of the fun, that challenge of learning, when even the simplest things - like going to the market - feel like a grand adventure. Other aspects of India are much harder to manage, particularly the incredible poverty. We would certainly not have been rich in England or the US, but in India wealth disparity is extraordinary.

Was it easy making friends and meeting people; do you mainly socialise with other expats?
I've found it extremely easy to meet people here. I loved living in England, but there is not a tight-knit expat community in London that I became a part of. Bombay is so very foreign, however, that it is a more classic "expat" experience and is very tight-knit. Our friends are predominantly expats, though the longer we've been here the more we've gotten to know Indians. I suppose the Indians we meet, however, are usually also "expats" to some extent - people who are foreign-educated or who have a real affinity for or strong links to the west. I think normal middle class Indians will remain harder to meet.

What are the best things to do in the area; anything to recommend to future expats?
Bombay is such great fun. There are many, many things to do but among the top 6 are:
1) Going on a food adventure - going for a wonderful Gujarati thali somewhere, or finding a (safe!) place to eat pani puri or dahi puri - fantastic street snacks. Swati Snacks is a great place for that.
2) Walking on Chowpatty for a little bit and then going for a drink at the Intercontinental's swish roof bar overlooking Marine Drive - one of the most exciting skylines in the world.
3) Going on a slum tour with Reality Tours. Sounds awful and exploitative, is anything but; we found it extremely uplifting, respectful and educational. We loved it.
4) Going to the Chor Bazaar, the "thieve's market" to look for antiques, movie posters, or just to people-watch.
5) Coming for a holiday - Holi, Ganesh Chathurthi, etc - this city knows how to party, and there is always some festival or other going on. It really comes alive and it is one of the most delightful and exciting places I can imagine.
6) Take the local trains. Do it for the first time on a Sunday, and sit in first class unless you are very brave, and just enjoy seeing how the vast majority of Mumbaikers travel. When you get braver, take it at rush hour.

What do you enjoy most about living here?
Not knowing what's going on half the time. Learning constantly. And cultural vibrancy. Having grown up in the shadow of Hollywood and studied cinema at university, my perspective on culture is decidedly western. Moving here, I've been at the epicenter of literally an entire other half of the world's culture and entertainment. I think when you grow up in the west you have a sense that your history - the Renaissance, the plagues, the World Wars, classical Hollywood cinema, Michael Jackson etc - is equally relevant for everyone in the world. But India teaches you that there's this whole other counterbalance, with its own memes and symbols and traditions, that is equally powerful and diverse.

How does the cost of living compare to home?
Some things are significantly more expensive. Housing is about 50% more than we paid in London, which was already significantly higher than the US. Everything else is cheap. Transport, restaurants, movie theater tickets, service people to help with things, even clothes and beauty products. Anything imported (luxury goods, alcohol) is much more expensive. There is a 200% duty on alcohol imports, and the domestic wine industry here is pretty grim. So we smuggle a lot of duty free wine in!

What negatives, if any, are there to living here?
It's a massive culture shock. It's also dirty, often stinky, and uncomfortably hot and wet much of the time. People don't say what they mean. Things never work. Traffic is insane. The governance is horrific. Animals are treated abysmally, and there are millions living in the most abject and horrific poverty, right at your doorstep. The water is dirty and you'll get sick a lot at first. India is a shock to the system.
BUT. But it is exciting, beautiful, demanding, challenging, fascinating and so very soulful. It's hard to believe that this city can coexist with a Paris or London or Istanbul; they are so very different. Being in India can feel like you're on a different planet at first. It's so exciting. And people are lovely.

If you could pick one piece of advice to anyone moving here, what would it be?
Roll with the punches. Abandon your preconceived notions about how things will be. And don't expect to "save" India.

What has been the hardest aspect to your expat experience so far?
At first, illness. I have a very weak stomach! And then, being far from family, of course. I also tend to get frustrated with things that don't work, so I get very heated up about the little things.


What are your top 5 expat tips for anyone following in your footsteps?
1) Give yourself enough time to prepare for and execute the move.
2) Look at a lot of apartments before you choose one and expect to spend more than you thought you would.
3) Try not to start working right away - both because you'll need time to sort out a new place and because you should be TRAVELING to all the amazing places you are now so close to...the Himalayas, the tea country of Kerala, the beaches of Goa.
4 ) Find someone local who you can trust who can tell you how things "ought" to work e.g. the price of things, how long you should wait for something.
5) Try to learn a little Hindi to communicate with everyone in your life who won't speak English - cab drivers, maids, service men, etc.
...Oh, and one last one - join the Bombay Expats Yahoo group. It's a life-saver.

Tell us a bit about your own expat blog.
I started the blog because I love to write and I wanted to have a place to do a bit of casual writing as well as finding a way to record my experience in India. I love the richness of India as a subject, and I love writing about my own experiences being the odd one out in a context in which everything I think ought to be normal is not normal. I want to write beautiful short pieces that are enjoyable to read. I want to give people who don't live here a window into the things that happen here, and also perhaps give my Indian friends a new perspective on the things they take for granted.

How can you be contacted for further advice to future expats coming to your area?
I'm on twitter (see below) and could link up that way.