Australian Expat In The Netherlands - Expat Interview With Nerissa

Want to get involved? Become a Featured Expat and take our interview.
Become a Local Expert and contribute articles.
Get in touch today!
Filed: Interviews,Netherlands
Growing up on farm in rural South Australia Nerissa Muijs always knew there was so much more out there. Wanderlust kicked in properly as a teenager andshe started her expat adventures as an exchange student in 1997. From there Nerissa travelled a lot of Australia and spent time working in New Zealand before showing tourists her own back yard. She eventually made it to Europe, spending a two years in the UK (Plymouth and then Edinburgh). Love brought her to the Netherlands and four years later she's busy raising a gorgeous daughter in a culture she's adopting as my own. Nerissa's expat blog is called Aventures In Integration (see listing here) 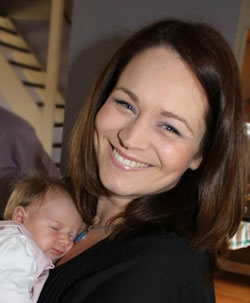 Here's the interview with Nerissa...

Where are you originally from?
Originally, I come from Australia

In which country and city are you living now?
I live in Almere the Netherlands

How long have you lived here and how long are you planning to stay?
Iâve been here since May 2008 and plan to relocate to Australia late 2014 or early 2015.

Why did you move and what do you do?
I moved to live with my (now) husband after almost a year commuting between Almere and Edinburgh.

Did you bring family with you?
No; just a suitcase. How did you find the transition to living in a foreign country?
Moving to the Netherlands was much more difficult than moving to the other places I have lived. I had expected everybody to laid back and easy going, just as they are on holidays, after spending so much time working with Dutch tourists as a tour guide in Australia. Turns out Dutchies at home behave much differently at home than abroad!

Was it easy making friends and meeting people; do you mainly socialise with other expats?
It was not easy to make my own friends. My husband came with an established group who welcomed me, yet breaking into other social circles didnât happen for me. Eventually I gave in and sought out other expats in Almere. This has been a blessing actually. Iâm now the secretary of our local expat group International Almere and we plan weekly events for our ever-expanding circle.

What are the best things to do in the area; anything to recommend to future expats?
One of the best things about living in my area is that the entire country is on my doorstep. I can be in the Veluwe (National Park) within an hour and I can drive from north to south in about three hours. Almere is a very modern city, growing at an enormous rate. The predictions are that Almere will be in the top five big cities in the Netherlands within ten years. And we have just won the opportunity to host Floriade for 2022! 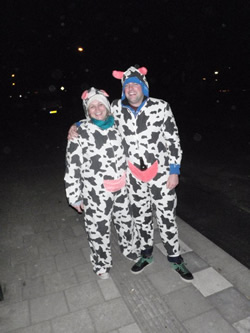 What do you enjoy most about living here?
How close I am to everywhere and how every week there is something exciting to do. Mind-blowing art exhibitions, sold out concerts, trips to the forest or beautiful villages, I could go on. And on.

How does the cost of living compare to home?
I feel as though Iâm better off financially here than I was living in Australia. Groceries are cheaper and most every day items are cheaper. But âluxuryâ items are dearer. Iâve been through twelve months of buying items for my baby and have continually found cheaper prices abroad, including delivery. The flip side is having to pay tax on just about everything bought from outside the EU.

What negatives, if any, are there to living here?
The obvious: The weather. However, I lived in Scotland before coming here, so I shouldnât complain... I still struggle after four years with the cultural differences and what is considered normal behaviour at times. I come from a You First culture, as in always letting someone through a door; on a bus etc first and I struggle with the Me First attitude here. To the point where if someone lets me go before them at the supermarket checkout when I have one item Iâm probably a bit over the top in my gratitude.

If you could pick one piece of advice to anyone moving here, what would it be?
Buy a bike as soon as you can once youâve landed (and a good raincoat to match). 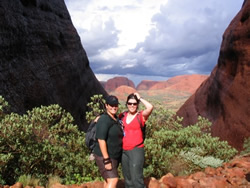 What has been the hardest aspect to your expat experience so far?
Not making friends as easily as I anticipated. I expected my colleagues to instantly become my circle of friends, inviting me to after work drinks on Fridays etc and when the invitations didnât come, I found it difficult not to take it personally. It took a while for me to understand that the colleague/friend relationships are often kept quite separate here. You have friends and you have colleagues, and never the two should meet. However, four years later, I do consider my colleagues good friends.

When you finally return home, how do you think you'll cope with repatriation?
I have no idea to be honest. Iâve been away for so long and I wonât be returning to the same life I lived before (I was a tour guide living out of my swag for a long time). Now I have a family, it will be like starting over again, trying to find my tribe. The prospect is very daunting.

What are your top 5 expat tips for anyone following in your footsteps?
- Do your visa research. Incomplete and missing documents can be a huge hassle, causing lengthy delays in processing, meaning you are unable to search for work if you need to. If you have everything together, it can be a very quick and simple process.
- Overdose on the foods you love at home before leaving so you donât miss them for a long time. Plus, youâll be amazed at what you miss.
- Be aware that when you feel depressed and angry in the first few months (or three years in my case), culture shock could be to blame. I found that once I recognised I was suffering from culture shock, I was able to move through the stages. I had been stuck in the negotiation stage for a very long time which was not fun.
- Go to the opening of an envelope. Really. Donât turn down any invitations. Just get out there and meet people. And remember that the first person you meet may not be the best friend you make, but youâll be putting yourself out there.
- Write a blog. Someone other than your mum will eventually read it and you never know the relationships you will build from it. Before you know it, other expats will be writing to you asking your expert advice! 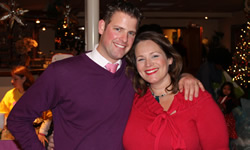 Tell us a bit about your own expat blog.
I started writing at the beginning of my compulsory integration stint. As a non-EU citizen on a family reunification (spouse) visa, I was required to pass a set of exams to prove that I understood the language and customs to a particular level. In the beginning I couldnât find much valuable advice as to what I could expect. There were lots of simple articles with no specific information so I just decided to document my own experience. Some posts are still generating comments two years down the line with people who are searching for answers. Itâs great that I have become something of an armchair expert in the topic of integration here in the Netherlands.

How can you be contacted for further advice to future expats coming to your area?
Via commenting on the blog, or on my Facebook page.

Nerissa's expat blog is called Aventures In Integration http://inburgeringadventure.blogspot.co.uk which is very worthy of a visit. Nerissa can be found on Twitter @Miss_Neriss or her Facebook profile. Aventures In Integration has an ExpatsBlog.com listing here where you can leave a nice comment if you like! If you appreciated Nerissa's interview, please also add a quick note below.