US Expat In Australia - Expat Interview With Brooke Schoenman

Want to get involved? Become a Featured Expat and take our interview.
Become a Local Expert and contribute articles.
Get in touch today!
Filed: Interviews,Australia
Brooke Schoenman is a world travel turned expat in Australia, and the blogger behind the site, Brooke vs. the World. She originally set off on a big trip in 2007 that ultimately resulted in meeting her Australian boyfriend and moving to Australia.Brooke still lives in Sydney with him, but travels as much as possible to the far reaches of the globe in between, working as a freelance travel writer and blogger. 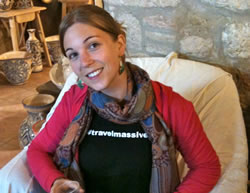 Here's the interview with Brooke...

In which country and city are you living now?
Sydney, Australia

How long have you lived here and how long are you planning to stay?
I've lived in Sydney for over 3 years, and I'm hoping to have my permanent residency here soon. However, I do like the idea of being able to jump from USA to Australia instead of just being in Australia forever.

Why did you move and what do you do?
I met my Australian boyfriend while traveling through Europe. Actually, we met at a hostel in Latvia. About 5 months later, I moved down under on a work and holiday visa, and have been here since! I work as a freelance travel writer and blogger, which I never imagined happening ever. Since I had a blog and used social media regularly before coming to Australia in 2009, I was at an advantage in the current Australian market. I worked for 2 separate companies doing their blogging and social media, which spurred me moving into becoming self-employed. 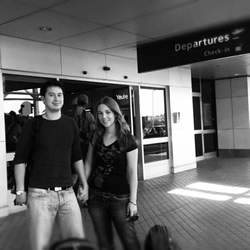 Did you bring family with you?
Nope.

How did you find the transition to living in a foreign country?
I've lived in several foreign countries before, but never longer than 5 months at a time. When I realized I was âlivingâ in Australia, it became difficult for me at times. It still is difficult. I miss the US, I miss my family, and I miss my culture. Australia is not far off, but it's not the same either â- especially the holidays and the seasons... and the language ;)

Was it easy making friends and meeting people; do you mainly socialise with other expats?
I was lucky in that I had a boyfriend here with local friends, so I wasn't âaloneâ or anything like that. But assimilating into that mix of friends did take a bit longer than I would have expected! I also have heaps of expat friends, most of whom I met at Sydney Travel Massive monthly meet-ups, or through social media. This group of friends really gets me and understands when I'm feeling frustrated with being an expat. Plus, they like to do fun stuff for the holidays.

What are the best things to do in the area; anything to recommend to future expats?
Sydney has so much to do! Beaches, restaurants, and anything involving being outdoors. 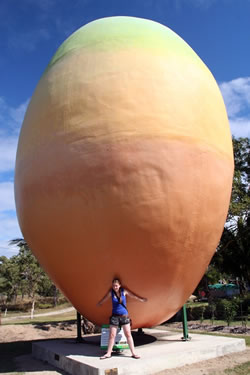 What do you enjoy most about living here?
I love that there's no ârealâ winter! Although having Christmas in summer is just not right. The culture is very laid-back, even for it being a big city.

How does the cost of living compare to home?
This would be the toughest part of living in Sydney (or Australia, for that matter!). The cost of living is outrageous compared to back home. I don't even want to talk about it because it makes me frustrated.

What negatives, if any, are there to living here?
The cost of living, and the distance from anything else in the world. Visiting home or Europe involves a very long flight and a huge price tag!

If you could pick one piece of advice to anyone moving here, what would it be?
Save up a little more money, and make some plans to either visit home or have family visit you. 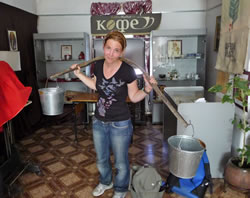 What has been the hardest aspect to your expat experience so far?
I would say that not having home be as accessible has been difficult. It would be nice, when I'm feeling homesick, to be able to easily hop over to the US, but it's not easy or cheap or quick.

What are your top 5 expat tips for anyone following in your footsteps?
1) Trial the experience first. If you are eligible, try a working holiday visa first before moving full-time.
2) Save extra money. There are bound to be unforeseeable expenses when moving abroad for the first time.
3) Make plans in advance for visiting home or having relatives visit you. With unexpected expenses, getting caught up in a new job, it is easy to feel trapped when you're getting homesick. Knowing that you'll be visiting home at a certain time can alleviate the stress.
4) Get social. Adapting to a new place can become a lot easier if you socialize. Plenty of tweetups and meetups are available across Sydney, and you might find other people in your situation or make some good local friends.
5) Don't waste time in advance. This will vary by person and method of becoming an expat. Before I arrived on my work and holiday visa in Australia, I spent a lot of time trying to find housing and job prospects. It turns out that many people do not like to deal with prospects that are not yet in the country, so those searches and emails were mostly a waste of time. I was able to find both when I arrived within 2 weeks. 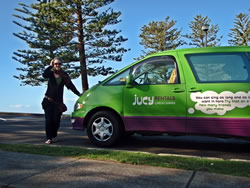 Tell us a bit about your own blog.
My blog, Brooke vs the World, is a site that has chronicled my travels around the world, and my journey into being an expat in Australia.

How can you be contacted for further advice to future expats coming to your area?
Visit Brooke vs. the World and use the contact form, leave a comment at the end of this interview or get in touch via Twitter @brookeschoenmanor and Facebook.

Wow this was really interesting to read, I had no idea that Brooke has been living in OZ for over three years! I've heard that Sydney is particularly expensive so I imagine that would be really tough.

Brooke Vs. The World wrote 7 years ago:

Hi Ashley! Yes, I know - time flies! It's been a crazy few years, but I try to travel as much as possible to other parts of the world regardless of Sydney robbing me blind ;)