Want to get involved? Become a Featured Expat and take our interview.
Become a Local Expert and contribute articles.
Get in touch today!
Filed: Interviews,Belgium
Meet Barbara - Polish born & raised, living in Brussels, Belgium with her Spanish fiancÃ©. Every day is a battle between at least 3 languages for them: French, English and Dutch. In this crazy multi-cultural world, their friends are no surprise- everyone happen to come from a different country. Isn't it all too complicated? Not at all! Barbara loves her Bruxelloise life and wouldn't change it for anything else! Her blog is called Brussels Life Beauty (see listing here) and is about all those things and more! Check it out for regular posts and discover Brussels with Barbara! 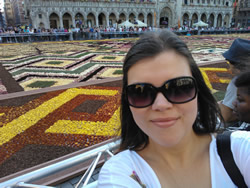 Here's the interview with Barbara...

Where are you originally from?
I am Polish, born and raised in a small town in the north-east of Poland.
Polish people often call my region "the lungs of Poland" as it's very green with lots of beautiful forests and more than 2,000 gorgeous lakes. Even though I do realize how beautiful it is, I always knew I was a big city girl.

In which country and city are you living now?
I am living in Brussels, Belgium

How long have you lived here and how long are you planning to stay?
I arrived here in May 2005, so it's been a while. So far, no plans to leave Belgium, but then again, you never know what life has in store for you and I'm open to whatever it may be. 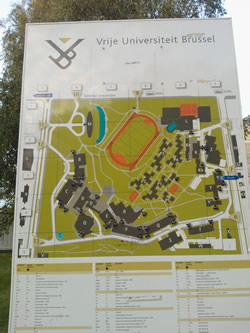 Why did you move and what do you do?
I moved here to be with my boyfriend then and fiancÃ© now, for the duration of his internship.
I had just graduated from the university back home and couldn't imagine being in a long-distance relationship.
After a few months in Brussels, I decided that I would like to continue to study. I chose a Master in American Studies and one year after that I did an MBA. Both degrees have been taught in English.
Right now, I work for a big American company.

Did you bring family with you?
Nope, just the two of us.

How did you find the transition to living in a foreign country?
It wasn't even that hard because I didn't think we'd stay here for more than a year. It was just something we did back then and, as exciting as it might have been, we thought it was just temporary.
I never really thought of Belgium as my home, esp. since my fiancÃ© is Spanish. I guess we saw ourselves somewhere in the sandy beaches of Spain, rather than in rainy Brussels in the long run. However, around 2 years after our move here, it finally hit me that we're here to stay.
I have to say though that for us as an international couple, Belgium is a safe ground to live in, as even if we complain about things, the other person doesn't feel personally attacked as it's not their home country. It seems safer like that, with two hot tempered people! 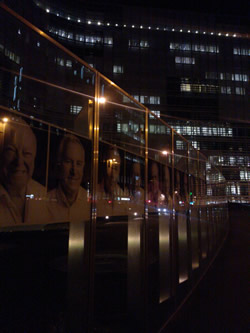 Was it easy making friends and meeting people; do you mainly socialise with other expats?
Belgians aren't the easiest to get to know. I always feel like they are friendly but never quite your friends, if that makes any sense.
My closest friends are not Belgians and they happen to be a rather interesting mix of people coming from many different countries. We speak English between each other, as it's just easier that way.

What are the best things to do in the area; anything to recommend to future expats?
Just think of Belgium as if it were France with a German and Dutch twist to it. Rather exciting mix which is especially visible in its culture, languages, but also food and architecture.
Belgium's central location is simply unbeatable. In a little more than an hour you can find yourself in Spain, Poland, or Denmark, to name just a few countries.
Also, the roads here are quite good and you don't have to pay tolls.
For foodies, Belgium is known for its unbelievably tasty chocolate, and for a good reason. Even the regular pastry tastes heavenly in here, as the quality of the chocolate is so good.

What do you enjoy most about living here? 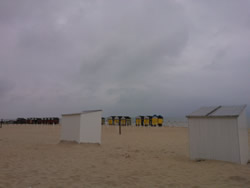 How does the cost of living compare to home?
Brussels is definitely not your most expensive city. Yes, you do have areas which are super expensive but it definitely is much cheaper than London or Paris. Being a capital city, it has plenty to offer for quite reasonable prices.

What negatives, if any, are there to living in here?


If you could pick one piece of advice to anyone moving here, what would it be?
Get a good umbrella and never loose it. It rains a lot. Then again, it's only rain!
Also, never cancel your plans because of the bad weather. If you'll wait for the weather to change, you'll end up doing nothing... 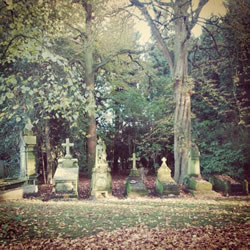 What has been the hardest aspect to your expat experience so far?
I guess for me, it's still the language barrier. Even though a big majority of Belgians speak English, some don't and my French is still not fluent. Also, I feel like at home I was going to the theatre, movies etc. much more, but here I'm kind of forced to pick options available in English and miss out on lots of great things because I don't speak the language.
Also, you need to know that Belgium is a country where they have 3 national languages! It can get confusing at times.


Tell us a bit about your own expat blog.
Brussels Life Beauty is a work in progress, actually. At first, I thought of it as some sort of a diary and I shared it only with a few of my closest friends. But their support and enthusiasm made me want to write it even more and share it with broader audience. I try to post daily about all the things that interest me, or if I simply want to vent There's plenty of Brussels-related stuff in here, but also posts about beauty and life in general.

How can you be contacted for further advice to future expats coming to your area?
I am always checking my email, so either that at brusselslifebeauty{at}gmail{dot}com or on Twitter @shinethroughme Let's be in touch!

Barbara blogs at http://www.brusselslifebeauty.blog.com/ which we recommend a quick visit if you haven't been already. Brussels Life Beauty has an ExpatsBlog.com listing here so add a review if you like! If you appreciated this interview with Barbara, please also drop her a quick comment below.