Want to get involved? Become a Featured Expat and take our interview.
Become a Local Expert and contribute articles.
Get in touch today!
Filed: Interviews,China
Stephen Whale started travelling early and continued throughout his life, visiting, volunteering and working in over 90 countries before settling in China (for now). Highlights so far would be driving along the Silk Road from Beijing to Istanbul, a complete circuit of South America and volunteering with Habitat for Humanity in Costa Rica. Heâs currently living in Beijing, as a base to visit more of Asia and continue to learn Mandarin. Stephen blogs at You're not from around here, are you? (see listing here) 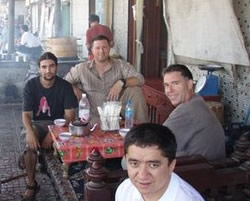 Here's the interview with Stephen...

Where are you originally from?
Iâm originally from the UK. I grew up in the countryside, but moved to London for University and stayed there to work.

In which country and city are you living now?
Iâm now living in Beijing, China.

How long have you lived here and how long are you planning to stay?
Iâve been here two years. Iâm still enjoying it but we are looking at other places eventually, both inside China and abroad.

Why did you move and what do you do?
I originally worked in the City of London, but wasnât really enjoying it. With the economic downturn they asked for voluntary redundancies and I put my hand up immediately. As with most things in the City they then thought about it for two years whilst I had to sit there, not allowed to do much work.
I then went volunteering in Costa Rica, building houses with Habitat for Humanity. After that I travelled round Latin America for 6 months. After the first month I met Helen in Venezuela and we continued to travel southwards, both together and apart, eventually reuniting in Ushuaia at the tip of South America.
She was moving from New York to Beijing and I decided to tag along. 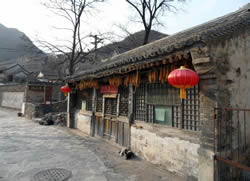 How did you find the transition to living in a foreign country?
Iâd visited China in 2006, before the Olympics, so knew what I was letting myself in for. The 2008 games made China much easier to handle for visitors, but itâs still hugely different from the West. The hardest thing was the language. Travelling in Europe or the Americas you can still read many of the signs, or at least type them into a translator. Mandarin is simply too complicated to translate easily.

Was it easy making friends and meeting people; do you mainly socialise with other expats?
Being with Helen I had a ready-made group of new Chinese friends. Working predominantly at home has made it difficult to meet as many people as Iâd like.

What are the best things to do in the area; anything to recommend to future expats?
Beijing and the surrounding area are full of great things to see and do. One of the most important for Beijingers is to get out of town and grab some fresh air in the countryside as often as possible. Unfortunately Beijingâs reputation for pollution is well deserved. 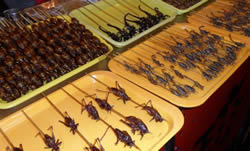 What do you enjoy most about living here?
Itâs not until you live in China with a Chinese person you realise quite how varied and flavourful Chinese food can be. If we end up living elsewhere it will need access to a decent Chinese supermarket as Iâve been learning to cook more and more dishes at home.

How does the cost of living compare to home?
Aside from property and foreign luxury goods, China is very cheap. Eating out is 4-10x cheaper than eating comparably in London.

What negatives, if any, are there to living here?
The constant attention as a foreigner in a still relatively closed society. Some visitors like it initially, but after a couple of weeks the cat-calls and sneaky photos start to wear thin.

If you could pick one piece of advice to anyone moving here, what would it be?
More so than many countries, learn the language. Whilst a tourist can get away with not learning much, itâs not really possible to muddle your way through the more advanced problems that an expat will face. 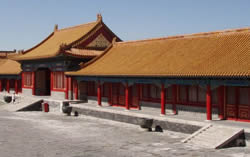 What has been the hardest aspect to your expat experience so far?
Honestly, nothing. Iâve travelled round over 80 countries before arriving here and have learnt to cope with most eventualities.

When you finally return home, how do you think you'll cope with repatriation?
Every time I visit the UK I love it, but get a little depressed not so much at the prices, but how poor value everything is. Tell us a bit about your own expat blog.
Iâve been keeping a travel blog since 2004. Since arriving in China itâs evolved into a mixture of expat blog and a journal of my continued travels. I notice that instead of comparing places abroad to the UK I now find myself comparing them to China.

How can you be contacted for further advice to future expats coming to your area?
Visit my blog's contact page: http://yourenotfromaroundhere.com/blog/contact/

Stephen blogs at http://yourenotfromaroundhere.com/blog/ which we recommend a quick visit if you haven't been already. You're not from around here, are you? has an ExpatsBlog.com listing here so add a review if you like! If you appreciated this interview with Stephen, please also drop him a quick comment below.