From Kolkata to Dubai - Expat Interview With Ishita

Want to get involved? Become a Featured Expat and take our interview.
Become a Local Expert and contribute articles.
Get in touch today!
Filed: Interviews,United Arab Emirates
Ishita Saha blogs at Ishita Unblogged (see listing here) where she writes about food stories, culture and history - all juxtaposed against her daily living in the UAE. Her posts are articulate, detailed as well as humorous and are reflections of the three things that she's obsessed with - Food, Travel and Photography. 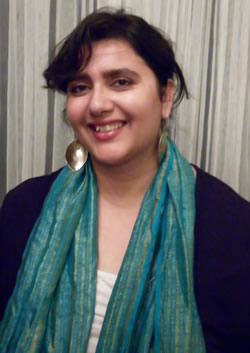 Here's the interview with Ishita...

Where are you originally from?
I am a Bengali from Kolkata, India. Kolkata can be overwhelming to the uninitiated and is full of unexpected surprises and charms just like most Indian cities. This probably has shaped our love for a life full of surprises as well!

In which country and city are you living now?
Our adopted home right now is Dubai in the UAE.

How long have you lived here and how long are you planning to stay?
We have been living in Dubai for over a decade now and have seen the city evolve through various stages. Simultaneously our lives have evolved personally as well through this decade. From landing in Dubai Airport as a married couple with just 2 suitcases in hand, we have moved houses 5 times. Itâs surprising how our assets have increased from those 2 suitcases full of material objects to many years full of memories and emotional possessions.
We have no plans to move out Inshallah, but never say âneverâ! Inshallah or God Willing is a local word that we have incorporated most lovingly in our daily lives.

Why did you move and what do you do?
We were living in Colombo, Srilanka on a deputation where my husband got his job offer in Dubai. But we had no plans to move out of Kolkata. So after the Colombo stint we went back to Kolkata and stayed for a year but found that we had changed quite a bit ourselves and needed to start afresh. We felt Dubai would be good for my job prospects having trained in Graphics and Art Direction. I was working in Advertising before we had kids. And after the kids arrived I decided to lug them around everywhere (almost!) and even included them in the logo of my blog so that I could explain the chaos that surrounds me while I'm on my blogging, doing artwork or simply clicking pictures. I now 'officially' take them along! At this time of my life, my culinary travel blog which has just been a passion earlier has completely taken over me and takes away all my creative hours! I aspire to write and Iâm planning to concentrate on my blog on a full time basis.

Did you bring family with you?
We didnât have children when we had landed in Dubai. Actually we have been living in Dubai in two phases â the first phase is from 1999-2004 when we were DINKS (Double Income No Kids)! Dubai seemed different. Life was simpler. We were different. We would walk out to the Creek Side for long strolls in the middle of the night, go for long drives at night along the Jumeirah beach, catch up with friends and hang around at some small roadside cafeteria, sipping into Dubaiâs famous fruit juices and hot chais (teas).

Then we moved to Frankfurt for two years and came back to Dubai again in 2007. Clearly the Dubai we had left was not the same as the Dubai we came back to once more. Real-estate boomed, high-rises springing up every second, this was a city that was on an exponential growth track. I have been telling my girls that nowhere in the world will they come across witnessing a city being built. There are many urban cities in the world which are still growing, but this is one place where even in the 1970âs the city was still being etched over on sand! And 2012 â Voila! Dubai had always been bustling but now a high-rise or a mind-blowing architectural piece pops up every second. Like magic. This phase of Dubai living is very different for us. School runs, after-school activities, keeping track of kidsâ social calendar has taken priority over our midnight strolls in Jumeirah! 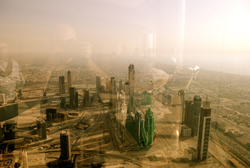 How did you find the transition to living in a foreign country?
Before coming to Dubai, we already had an experience of staying in a foregin country â Srilanka. When we were staying in Srilanka it was still a war-ravaged country. We had to carry our passports even if we went out for grocery. But we loved Srilanka, made a lot of Srilankan friends, picked up Srilankan cooking and even contemplated staying back. Comparatively settling down in Dubai was a lot easier. Here, you have so many nationalities living together that the general tolerance level to anything ânewâ is very high â be it a new car or a new house or a new face! You can get most of the things that you are used to in your home country readily in some supermarket or the other. Dubai gives you the luxury of living in a very developed modern urban city, yet not too far away from home, atleast in my case.

Was it easy making friends and meeting people; do you mainly socialise with other expats?
Dubai is a transitional city â somebody is either moving out or moving in, every hour of every day. You can make a huge number of friends in minutes if you want to or you could choose to be on your own â nobody would even bat an eyelid. Personal as well as impersonal â a peculiar combination I would say. Yes, it was easy for us to make friends mainly because we love meeting people. We always had. Thatâs why living in a foreign country has never been a problem â even when we were living in Srilanka or in Germany. But making good friends does take time and we are realising that as we are growing older the prospect of living a particular city is becoming less and less bright just because you have to leave a few good friends back. One thing is funny - though in Dubai we have a chance to meet a lot of different nationalities and we do have friends from many nationalities, here we have a lot many friends who are Indian expats than we had when we were living in Srilanka and in Germany. Not intentional though. 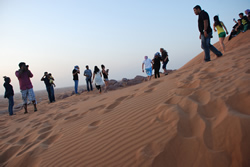 What are the best things to do in the area; anything to recommend to future expats?
Welcome to my favourite topic! There's a lot you can do other than visit shopping malls. One of my favourite places is the old quarters of Bastakiya amidst the traditional wind towers and art alleys. Do check out the most âsharedâ post in my blog â Things to do in Dubai â Like a tourist in my own city (link - http://ishitaunblogged.com/2012/07/02/things-to-do-in-dubai-like-a-tourist-in-my-own-city/)

What do you enjoy most about living here?


How does the cost of living compare to home?
Dubai is expensive if I compare with Kolkata in terms of house rents, school fees and many other basic things. But these are two entirely different cities with different lifestyles and it would be incorrect even to start comparing the two.I sometimes feel that we get more value for money here in Dubai than I would get for the equivalent amount of money spent in Kolkata. The purchasing power in India is on such an insanely crazy rise that sometimes I feel that living outside our home country probably has made us much more conservative in our purchasing habits! 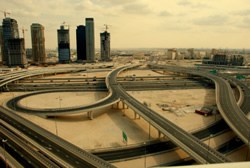 What negatives, if any, are there to living here?
Like any other city Dubai too has its negatives. Itâs a budding city. Though I love living here, sometimes the amount of construction that surrounds me does make feel very restless. But the good points of Dubai living outweighs these.

If you could pick one piece of advice to anyone moving here, what would it be?
Do your own homework. Itâs very difficult to get someone who can answer your queries correctly.

What has been the hardest aspect to your expat experience so far?
Getting a UAE Driverâs Licence was a real task a decade back. Specially for men. If you failed in a test, the next test date would be after three months. So if one failed four times that would cover a year! 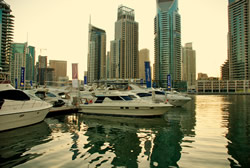 
Tell us a bit about your own expat blog.
I write a Culinary Travel Blog featuring Kolkata, Dubai and the world beyond. My writings have have been juxtaposed mostly against my living experiences in the UAE. So although I may write about a traditional or a heritage food story (sometimes tracing back to my own roots) it also showcases some facets of living in Dubai - be it sustainability, modern Emirati women, locavorism or local produce. The blog does reflect the Indian expat that I am â a blue-blooded Bengali to be specific, living in this throbbing and buzzing city that is Dubai. My blog is a result of my desire to share with a wider audience, the passion and interest that I have on food, travel and the pride that I have for the city that I live in and the city I come from â and the various other places in between. And all these with two kids in tow!

How can you be contacted for further advice to future expats coming to your area?

Ishita blogs at http://ishitaunblogged.com/ which we recommend a quick visit if you haven't been already. Ishita Unblogged has an ExpatsBlog.com listing here with some great comments already - but there's always room for more, so add a review if you like! If you appreciated this interview with Ishita, please let her know by leaving a comment below.

I really enjoyed reading this article. Since my husband is a chef in india and is currently looking for a job in dubai, the information provided by Ishita was very useful. Thankyou for giving me a good insight of dubai. All the best