Want to get involved? Become a Featured Expat and take our interview.
Become a Local Expert and contribute articles.
Get in touch today!
Filed: Interviews,France
Milsters is a Canadian with Spanish, Filipina, and Chinese heritage who has lived in 13 countries on 4 continents - partly due to her parents' professions, partly due to her inner global nomad. She grew up mainly in the deserts of Saudi Arabia where she spent 7 years of her childhood, but has also lived in the Philippines, Hong Kong, Singapore, Spain, the USA (New York), and Canada. She is currently based in Paris, France, where she has been living for 3 years, but personal and professional projects mean that she splits her time during the year between Buenos Aires, Vancouver, and the City of Lights. Milster blogs at Little Pieces of Light (see listing here) 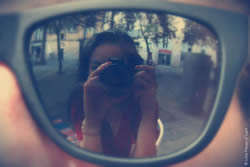 Here's the interview with Milsters...

Where are you originally from?
That has always been a tricky question for me to answer! I was born in the Philippines, but have mixed parents (Spanish, Filipina, Chinese), spoke Spanish as my first language, grew up in several different countries, and am Canadian by nationality. It may sound quite mixed up, but I think that in the age of globalisation, my story is becoming more and more common.

In which country and city are you living now?
I am based mainly in Paris, France, but I also spend quite a bit of time in Buenos Aires, Argentina and Vancouver, Canada due to personal and professional projects.

How long have you lived here and how long are you planning to stay?
I've been based in Paris for 3 years now. Having moved around quite a bit in the past, I'm never quite sure how long I am going to stay anywhere! Ask me again next year. :)

Why did you move?
I moved here because I always had the dream of living in the City of Lights: waking up in the mornings in a lovely apartment in St-Germain, eating croissants for breakfast, speaking French at work, dining & wining with friends at cafÃ© terraces, being that quintessential Parisienne - all of it. I quit my job working for Richard Branson in London to pursue this dream and in a way, came here on a whim. I would say that Paris is not the easiest place for expats to make a transition, so I definitely fought hard to get what I have today. 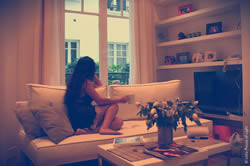 Meet Milsters - Canadian Expat in Paris
Did you bring family with you?
Nope! I was in my mid-20s when I came to Paris.

What do you do that allows you to live in Paris as well as two other cities?
In Paris, I work as an advisor counselling companies on cross-border corporate projects, which is also the reason I spend a lot of time in Buenos Aires and Vancouver. I am also working on a few side projects, including starting an online business in Canada and writing something that will hopefully turn into a book one day.

How did you find the transition to living in a foreign country?
I've grown up in "foreign" countries all throughout my life, so in that sense, fundamental elements of the transition (such as the cultural differences, the language barrier, etc.) were not a shock to me. However, Paris is quite a particular city. It exudes all the romance and drama of its 19th century self and at the same time is coming to terms with a modern world marked by technology and globalisation. It's a contradiction of sorts. I find that expats (myself included) cherish those 9+ weeks of holiday but also lament the inconveniences that they bring. We value the fact that no one really shops on Sundays but are sometimes annoyed that we can't run all of our errands during the weekend. We love the importance that French life places on pleasure, daydreaming, and philosophy, but at the same time are incredibly irritated with the country's inefficiencies. I think the trick to living here is recognising this contradiction and enjoying the "bright" sides of it - appreciating all of the "little pieces of light" that life in Paris offers to you. 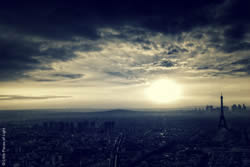 Meet Milsters - Canadian Expat in Paris
Was it easy making friends and meeting people; do you mainly socialise with other expats?
At the beginning, it was quite difficult to make friends, and I attribute that mainly to the language barrier. I worked hard to learn the language and took classes at the Sorbonne, which definitely helped. I also threw a lot of big parties at my apartment and used it as an excuse to invite strangers I didn't know! :) (This worked very well, I must say!) By the second year, I had a very good group of friends around me - both expats and locals. About half of my friends are French and half are from a diverse set of countries abroad: the US, Italy, Brazil, Japan, etc. I think it's important to have "local" friends whenever you move to a foreign country as otherwise it's so easy to live in an expat bubble, where you are not truly in touch with the country and its culture.

What are the best things to do in the area; anything to recommend to future expats?
Wow, where do I begin! In short: food, art, and architecture. The food in Paris is sublime and my favourite pastime here is eating. I'm a regular at the restaurants CafÃ© Constant, Les Cocottes, Aux Lyonnais, and Chez Janou, and love visiting Jacques Genin, Pierre HermÃ©, and Angelina for my pastry / macaron / hot chocolate fix. As for art, there are so many museums in the city that I could spend all day just wandering through them! Favourites include the Louvre (home to so many of the world's artistic treasures), MusÃ©e d'Orsay (a gorgeous Belle Epoque railway station converted into the world's largest Impressionist gallery), MusÃ©e Rodin (with its stunning sculpture garden), MusÃ©e d'Art Moderne, and the Grand Palais (for its spectacular temporary exhibitions). Lastly, Paris is a treasure of architectural gems; all you need to do is walk around to see it. 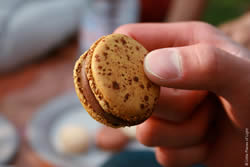 Meet Milsters - Canadian Expat in Paris
What do you enjoy most about living here?
The French have the perfect word for it: flÃ¢ner. It means "taking the time to take time", which is an accepted way of life here. It's very closely tied to the French appreciation for the simple pleasures of life. No one questions a quick stop at a pÃ¢tisserie for an afternoon treat, a languorous 3-hour dinner, or an indulgent midnight stroll. I've read recently that Paris today is one of the few metropolitan cities that can provide respite from the rat race, and I fully agree with that.

How does the cost of living compare to other cities you've lived in?
Before Paris, I spent 5 years in London and 5 years in New York. London was definitely more expensive than Paris, whereas New York was cheaper. That said, travel from Paris to other destinations is much less costly, and that can have quite an impact on your quality of life, especially if you're an avid traveler like me! In terms of the other two cities I live in, Paris is more expensive than both Buenos Aires and Vancouver, but they are also so different from one another that it's difficult to compare.

What negatives, if any, are there to living here?
Ooooh â¦ I recently wrote an entire post about this, called 10 Things I Hate About Paris. I think it's best if you check out the post directly! 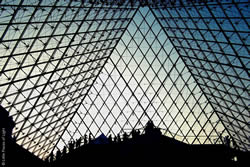 Meet Milsters - Canadian Expat in Paris
If you could pick one piece of advice to anyone moving here, what would it be?
Be patient with yourself, be generous with others, be confident in your decision, and be open to whatever curve balls life throws your way!

What has been the hardest aspect to your expat experience so far?
As much as I am a dreamer, I am a planner - and I had such a specific vision for my life in Paris before I moved here. My first year threw all of it out the window and I had to learn to abandon plans A, B, C, all the way to Z, and to trust in myself and in the universe that things would work out, even if they were not according to my own plans. From time to time, I still encounter these experiences of uncertainty, but I think that is part of expat life anywhere. That's also why it's such an adventure.


Tell us a bit about your own expat blog.
I started Little Pieces of Light a year ago as a simple way to record the small joys and beauty of life around me. It had as its anchor a series called Eiffel Tower Tuesdays, for which I snapped a photo of the Iron Lady once a week on my way to the office, as a reminder that my route to work actually included this incredible monument in this amazing city. The blog has since become my creative space where I chronicle my musings on food, art, music, books, and la belle vie in Paris, whilst providing travel tips and glimpses of life in Buenos Aires and Vancouver, where I also live.

How can you be contacted for further advice to future expats coming to your area?
You can contact me via my blog (see below). You can also follow me on Twitter @milstersmac. I'm always happy to help anyone who is pursuing the dream of Paris!

Milsters blogs at http://www.littlepiecesoflight.com/ which we recommend a quick visit if you haven't been already. Little Pieces of Light has an ExpatsBlog.com listing here so add a review if you like! If you appreciated this interview with Milsters, please also drop her a quick comment below.
Please share:

I love Little Pieces of Light and this interview makes me love it even more! :-)