Expat Interview With Tiffany - Maryland to The Netherlands

Want to get involved? Become a Featured Expat and take our interview.
Become a Local Expert and contribute articles.
Get in touch today!
Filed: Interviews,Netherlands
Tiffany , the American Cloggie, now calls the Netherlands home. A freelance writer, blogger, and translator, she also runs a musical theater company and performs occasionally herself. All while riding her bike in wooden clogs and traditional Dutch garb (or maybe not). Between bites of Gouda cheese and stroopwaffels, she blogs at called Clogs and Tulips: An American in Holland (see listing here). She lives just outside of Utrecht with her Dutch husband, her AmeriDutch daughter, and their expet, Turner. 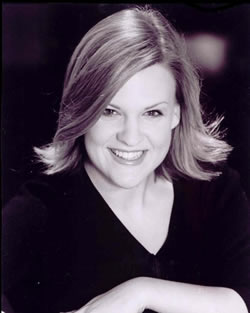 Meet Tiffany - US expat in The Netherlands

Here's the interview with Tiffany...

Where are you originally from?
A small town called Knoxville, which is near a slightly larger town called Frederick in the beautiful state of Maryland, USA!

In which country and city are you living now?
The Netherlands

How long have you lived here and how long are you planning to stay?
I came over December 7, 2008, so it's been a little over four years. We have no official end date, but we are looking to head either to the UK or the US in the next 2-3 years.

Why did you move and what do you do?
My husband is Dutch and, at the time we married, it made for sense for me to come to the Netherlands. I'm a freelance writer, blogger and translator 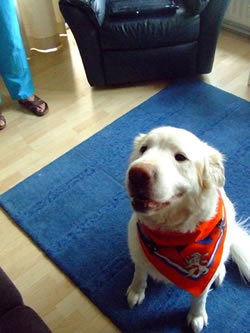 Turner Jansen, exPET
Did you bring family with you?
I brought my dog, Turner. In late 2011, we welcomed our daughter. Then of course, there's my husband, but he was already here when I came over.

How did you find the transition to living in a foreign country?
My first 2 years, I absolutely loved it. I did everything I could to fit in and become as Dutch as possible. I got involved in everything. Everything about the US sucked and the Netherlands was the greatest place on earth. About year three, I was able to get a more realistic view and wanted more than anything to mix the two countries together and come up with what, in my mind, would be the perfect country. At this point, I'm just ready for a change. So we're trying to get a transfer through my husband's company and see where that takes us! As with so much in life, you get out of your experience what you put into it. I see so many expats who are two focused what's different. I say enjoy it! Get involved, learn the language, make friends, join groups, explore. But at the same time, don't forget who you are or where you come from. 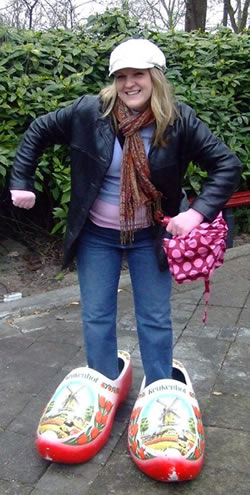 The American Cloggie
Was it easy making friends and meeting people; do you mainly socialise with other expats?
As many expats in the Netherlands will attest, it is very difficult to make friends with the Dutch. It's not that they aren't friendly and wonderful people. They're just not all that interested in making new friends. They already have theirs. So you really have to work extra hard to show them that you're worth opening themselves up to. It becomes even more difficult if there's a language barrier to deal with, which is why it's so important to learn Dutch in this country. I've been trying super hard over the last four years, and I have some close acquaintances, but no one I would call a friend. But that's also because there was a period where the slow progress became frustrating and I stopped trying as hard. I do regret that. I socialize mostly with expats because it's just so much easier. It's a constant struggle not to allow myself to fall back on that because it's the easy way out. It's definitely time to put some more effort into cultivating Dutch friendships!

What are the best things to do in the area; anything to recommend to future expats?
My top recommendation is to get out of Amsterdam. That's always the area everyone wants to see and few people venture outside of Amsterdam during their stay. There are lots of wonderful things to and see in Amsterdam, don't get me wrong. But there are so many amazing things in this country that to limit yourself to Amsterdam is really a crime. Utrecht gets very little traffic compared to Amsterdam, Rotterdam, and The Hague, but it is absolutely lovely with so much to see and do. There's the Nijntje (Miffy) museum, beautiful canals, what is rumored to be the oldest coffee shop in the Netherlands, excellent shopping - it was #6 last year in Lonely Planet's list of "10 of the World's Unsung Places" (the second time it made the list). 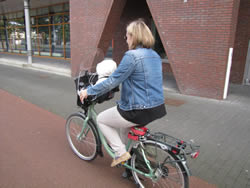 Traveling in style
What do you enjoy most about living here?
It's hard to come up with just one thing... I really enjoy the cycling culture, which surprised me as I thought that would be the one thing I'd hate! I love the fact that flowers are everywhere and are so cheap to buy. There's a flower market everywhere you turn, selling bouquets of every flower imaginable for as little as 5 Euro. I also enjoy stamppot (hotchpotch). I enjoy making it and I enjoy eating it. As a friend of mine said, it's all the comfort foods mashed together. I like that you can be in France, Belgium, Germany, and a host of other European countries in no time at all. As an American, I'm enthralled by the rich history. I'm a sucker for the Renaissance, and the Dutch actually had one The old buildings, the pride the Dutch take in their history, all there is to see and learn. It's incredible.

How does the cost of living compare to home?
It is far more expensive. A dinner out can easily set you back 30 Euros per person. Clothing is also jacked up in price. About the only thing that's cheaper here is groceries.

What negatives, if any, are there to living here?
It is difficult to connect with the Dutch people. The cost of living is another thing. I see it now that I'm a mother. There are fewer opportunities I can offer her because it's just so much more expensive. Another thing I miss is doing musicals. My degree is in musical theater, but I've not done a musical in almost five years. To do so, I'd either have to do it with Joop van den Ende (think Dutch Broadway) which would mean 8-9 performances a week with a year-long contract at least, or pay several hundred Euro to be in a musical that will run one weekend. 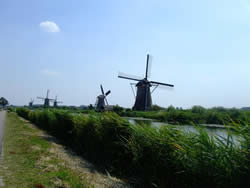 Windmills, windmills everywhere
If you could pick one piece of advice to anyone moving here, what would it be?
This is not your home country, so don't continuously try to compare them. All you'll do is make yourself miserable and turn people off. It is hard work - to learn the language, to make friends, to start all over again in just about every aspect. But if you work hard and let yourself enjoy the journey, the results are the sweetest things you will ever taste.

What has been the hardest aspect to your expat experience so far?
Without a doubt being away from family and friends. Technology and frequent visits help, but it's not the same.

When you finally return home, how do you think you'll cope with repatriation?
I think there's a tendency to romanticize your home country. I know I do it. I know I've changed since I've been away. And I know things have changed back there. My biggest worry is that we'll discover that we've outgrown each other. It's hard to say how I'll cope until I'm actually back and having to cope. 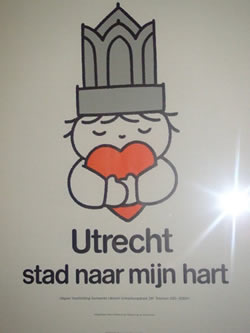 My heart belongs to Utrecht
What are your top 5 expat tips for anyone following in your footsteps?


Tell us a bit about your own expat blog.
I started Clogs and Tulips: An American in Holland in September 2009 to share my journey with family and friends back home and act as a guide/community for other expats to learn and share and grow. Since then, it's won numerous awards and recognition. The blog features interviews, Q&As, recipes, tips on learning Dutch, interesting facts about the Netherlands, book and film reviews, and loads of information.

How can you be contacted for further advice to future expats coming to your area?
I can be reached via my blog or on Twitter @TiffanyRJansen. There is also a Facebook Community for Clogs and Tulips.

Tiffany blogs at http://clogsandtulips.blogspot.nl which we recommend a quick visit if you haven't been already. Clogs and Tulips: An American in Holland has an ExpatsBlog.com listing here so add a review if you like! If you appreciated this interview with Tiffany, please also drop her a quick comment below.