Expat Interview With Tim An Englishman in Bordeaux

Want to get involved? Become a Featured Expat and take our interview.
Become a Local Expert and contribute articles.
Get in touch today!
Filed: Interviews,France
Tim is an Englishman based in Bordeaux, south-western France. After moving to the country some 20 years ago, he has gradually worked his way into the system and today his day-job is corporate journalism for an aerospace sector company. In his spare time, Tim visits the region on a vintage yellow bicycle and is on the constant lookout for subjects that he then runs on Invisible Bordeaux, a website which lifts the lid on many of the lesser-known sights and stories in and around the city. He has also developed a series of self-guided walking tours through the city centre. Tim's expat blog is called Invisible Bordeaux (see listing here) 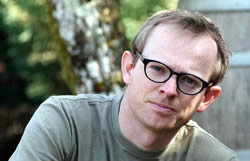 Here's the interview with Tim...

In which country and city are you living now?
I now live in the suburbs of Bordeaux, south-western France, a city which has long been twinned with my hometown Bristol!

How long have you lived here and how long are you planning to stay?
This is my second stint in Bordeaux. I lived here for four years in the 1990s and then relocated to Paris in 1996. I moved back to Bordeaux in 2010 and have no plans to move on for now, but you never know what the future holds! 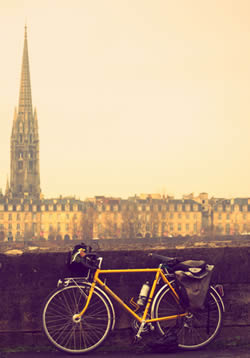 The vintage bike Tim uses to get around Bordeaux on his blog-related assignments
Why did you move and what do you do?
I originally came as part of an exchange system between Southampton University and Bordeaux University. I taught English at the University here on a one-year contract that was then extended a further year. Theoretically you then move back to your country but, a-hem, it looks like Iâm still hereâ¦

Did you bring family with you?
No, but family is definitely part of the reason I stayed! When working in Bordeaux I met a delightful French lady who has since become my wife and we now have our own real, live family.

How did you find the transition to living in a foreign country?
Well, 1992 doesnât feel that long ago but things have changed a great deal. I donât think I found it difficult at that young age to adjust to being in a foreign country and was quick and keen to lap up the culture, practices and quality cuisineâ¦ but, despite being a neighbouring country, the UK did feel a long way away at the time! If you bought a newspaper youâd be reading stories that were two days old. Trying to pick up any kind of radio programme meant hacking into a very crackly, weak signal. These days, with the web, satellite TV and digital radio being piped into my living room alongside the French channels, I think Iâm as aware of whatâs going on back home as anyone in the UK. 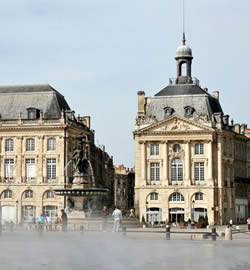 Place de la Bourse in the picturesque central quarters of Bordeaux
Was it easy making friends and meeting people; do you mainly socialise with other expats?
Working at university meant that it was easy to make friends, and many of the people I got to know 20 years ago are still good friends today! I now tend to socialise with colleagues who have become friends and donât know many fellow expatsâ¦ but those I do know though have become valued members of my circle of acquaintances!

What are the best things to do in the area; anything to recommend to future expats?
Bordeaux is a great place to visit: fine architecture, a vibrant city centre, the legendary winegrowing areas all around, and the long, sandy Atlantic coast beaches which are perfect for unwinding or taking in a sunset or two. The best thing is to go for a meandering stroll in the city centre and just see what happensâ¦ and never forget to look up at the faÃ§ades of the buildings â there are always countless interesting details to spot!

What do you enjoy most about living here?
In Bordeaux itself I would say the elegance of the city, which it has regained in recent years (being here in the 1990s was another story!). I love cycling around the city early morning, along the Garonne riverside or in some of the quiet side-streets, and coming across the unexpected: an old faded painted sign, vintage shop-front or a building which you can tell has an interesting story to tell. Then you have the wide open spaces of the MÃ©doc vineyards and the easy-going attitude and atmosphere of the small fishing ports on the Bassin dâArcachon, to the west of Bordeaux. Itâs a hard lifeâ¦ 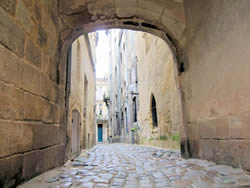 There are plenty of secret hideaways to be discovered in Bordeaux, such as Impasse de Rue Neuve!
How does the cost of living compare to home?
The everyday cost of living is fairly similar to the UK I would say. Property is, on the whole, a little cheaper, certainly in terms of like-for-like purchases, but I donât think thereâs a massive difference.

What negatives, if any, are there to living here?
As a big music fan, I must say that I miss the UK concert scene! Living in Paris also meant being in a city where all the bands stopped off on their tours. By comparison, the really top-notch concerts are few and far between here in Bordeaux, although there are some great people putting on fantastic shows at venues like the Krakatoa, la MÃ©doquine and Rock School Barbey. Then there are other aspects about life in France which bug you to begin with but after a while I think you stop noticing: the ability of many to go on strike at the drop of a hat (whenever any kind of change is on the cards), their love of paperworkâ¦ and while the country has quickly developed an intense love affair with roundabouts, very few drivers have got round to learning how to use their indicators properly when theyâre on one!

If you could pick one piece of advice to anyone moving here, what would it be?
I know itâs a bit of a clichÃ©, but be prepared for a painful battle with bureaucracy wherever you go during the first few weeks! Always make sure you have a full checklist of the documents youâre expected to provide and donât bother turning up at an appointment unless you have every single one!

What has been the hardest aspect to your expat experience so far?
Dealing with roundabouts. 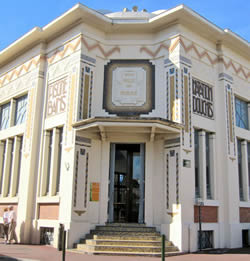 The Invisible Bordeaux blog is all about lesser-known landmarks such as these 1930s art deco swimming baths in BÃ¨gles, just outside Bordeaux
What are your top 5 expat tips for anyone following in your footsteps?


Tell us a bit about your own expat blog.
Invisible Bordeaux (see link below) is all about peeling away the more obvious, postcard-friendly layers of the city and surrounding area, and uncovering some of the lesser-known sights, landmarks and storiesâ¦ of which there are many! It went live in the latter part of 2011 - drawing on a concept which had already been developed in Paris by my friend Adam Roberts (www.invisibleparis.net) - and has worked its way into the landscape here, drawing in local and international readers alike. Subjects include architecture, infrastructure, culture, history, wartime tales, interesting personalitiesâ¦ anything goes really! I try to publish items on a weekly basis; they combine written word, links to other resources, archive videos when possible and my own photos, which I usually take when out on cycle rides. All the subjects are plotted on a Googlemap so that readers can locate them, and other extensions to the blog include a series of walking tours which are available for iPhones.

How can you be contacted for further advice to future expats coming to your area?
The best is via the e-mail, Twitter or Instagram buttons on the Invisible Bordeaux website itself!

Tim blogs at http://www.invisiblebordeaux.net which we recommend a quick visit if you haven't been already. Invisible Bordeaux has an ExpatsBlog.com listing here so add a review if you like! If you appreciated this interview with Tim, please also drop him a quick comment below.
Please share:

A great interview ! A great guy ! A great website ! and a beautiful writer ! Just love it !