Want to get involved? Become a Featured Expat and take our interview.
Become a Local Expert and contribute articles.
Get in touch today!
Filed: Interviews,Australia
Christie is a freelance writer, Spanish teacher, and lover of British literature who moved to Melbourne, Australia with her Canadian husband and four children three years ago. When she is not providing chauffeur services to one of her multiple offspring, you can mostly likely find her enjoying a flat white in one of Melbourne's many wonderful cafes. Her greatest joy at the moment is discussing literature and writing with her Australian friends, and her greatest grief is the knowledge that her expat experience will likely come to an end next year. Christie's expat blog is called The Plunge Down Under (see listing here) 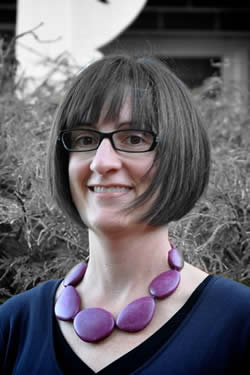 Here's the interview with Christie...

Where are you originally from?
Pittsburgh, Pennsylvania. United States of America. My husband is from Canada.

In which country and city are you living now?
Melbourne, Australia

How long have you lived in Australia and how long are you planning to stay?
We have lived here for three years, and plan to stay a total of about four years.

Why did you move to Australia and what do you do?
We moved for my husband's job. He works for Heinz food company in a finance role. I run the household and write in my spare time. 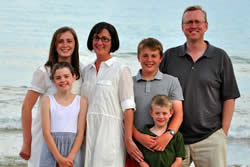 Christmas at the Beach 2012, Lorne Foreshore, Victoria, Australia.
How did you find the transition to living in a foreign country?
As expected, we found the distance from family and friends in North America to be difficult, and while we had many wonderful experiences during our first six months, we all struggled with loneliness.

Was it easy making friends and meeting people; do you mainly socialise with other expats?
We have mostly made friends with our neighbors, with people at church and through the schools that the children attend. Several people reached out to befriend us, and we had a policy of always saying yes at first to invitations. During the first year, we socialized occasionally with two other American families, but they both moved back to the U.S. shortly after we moved here. During the past two years, we have spent all of our socializing time with our Australian friends.

What are the best things to do in the area; anything to recommend to future expats?
Melbourne and surrounds offer a fantastic range of tourist and sightseeing activities. Our favorites include the nearby Great Ocean Road, the penguins at Phillip Island, Cape Woolamai beach, the lane ways and arcades in Melbourne's CBD, the Puffing Billy in the Dandenongs, and Sovereign Hill in Ballarat. 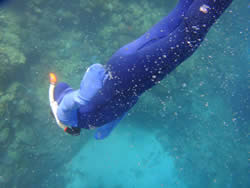 My son duck diving at the Great Barrier Reef in April of 2012. He wants to return to Australia and work as a marine biologist on the Great Barrier Reef one day.
What do you enjoy most about living here?
We love being able to walk to shops and restaurants, and the prevalence of excellent coffee nearly everywhere we go. We most enjoy the time spent socializing with our Australian friends.

How does the cost of living in Australia compare to the USA?
It is much more expensive than Pittsburgh, particularly food and housing.

What negatives, if any, are there to living in Australia?
The big negative for us is the distance from North America.

If you could pick one piece of advice to anyone moving here, what would it be?
Make the choice to be residents as well as tourists, as this will add immeasurably to your cultural experience. 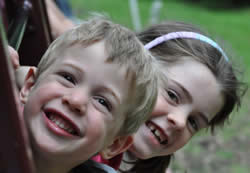 Our youngest two children love to ride Victoria's favorite steam train, the Puffing Billy.
What has been the hardest aspect to your expat experience so far?
By far the hardest thing for us is the knowledge that we cannot stay forever. Our kids, and also my husband and I, are heartbroken at the thought of leaving next year.

How have you found expat life being a trailing spouse?
This has been my role, and it has been a difficult albeit rewarding one. I spent most of the first year and a half helping our four children settle in well. I experienced the loss of identity that many trailing spouses go through. I was not able to find work as a Spanish teacher, as this is not a language commonly taught in Australia. Also it would have been very difficult for me to work full time given the realities of my husband's demanding job, the needs of our four children, and the lack of family nearby to help us. Instead, I have returned to school part time to take a writing course and have found this to be immensely rewarding. My only wish is that I had pursued going back to school earlier in our overseas stint. I think it should be emphasized, however, that settling a family in another country is a full time job for at least several months.

When you finally return home, how do you think you'll cope with repatriation?
We did not consider this aspect before we moved here, but I have come to believe that repatriation will be really tough for all of us. We are planning on difficult moments during the first year, but will try to maintain a positive attitude, and we will make definite plans for a return visit that we can all look forward to. 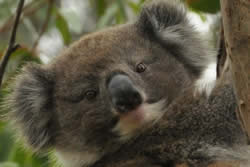 Exploring Australia's flora and fauna has been a highlight for our entire family.
What are your top 5 expat tips for anyone following in your footsteps?

Tell us a bit about your own expat blog.
I began writing my blog initially as a way to express my grief over leaving my friends and family in North America, and also with a view of maintaining regular contact with them. I quickly discovered that it was a wonderful way for me to work through all of the joys and difficulties of transitioning to a new country.

How can you be contacted for further advice to future expats coming to your area?
I can be reached through the comments section on my blog (see link below)

Christie is an American expat living in Australia. Blog description: One family's account of the daunting adventure relocating from Pittsburgh to Melbourne