Want to get involved? Become a Featured Expat and take our interview.
Become a Local Expert and contribute articles.
Get in touch today!
Filed: Interviews,England
Lisa moved to the UK in 2005 to be with her British husband. In the last 9 years she's had two gorgeous little girls who were her reason to start baking. Having finished university with a degree in Visual Arts and no local access to a print press her creativity had to take on a new form. Blogging about her new creative outlet was a way to make a place for herself in her new surroundings! Lisa's expat blog is called United Cakedom (see listing here) 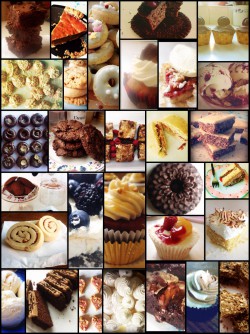 Here's the interview with Lisa...

Where are you originally from?
I was born in Wisconsin, spent my childhood in Indiana, and grew up in Minnesota!

In which country and city are you living now?
Reading, Berkshire, United Kingdom

How long have you lived in England and how long are you planning to stay?
I have been here 9 years thus June! Plan to stay until I decide to go!

Why did you move to England and what do you do?
I moved here to be with my British husband! I worked at a bank before staying at home with my girls and stating my blog. So, currently I'm a full time mom and blogger! 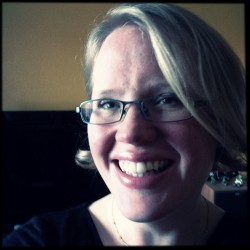 Me!
Did you bring family with you?
No, just myself!

How did you find the transition to living in a foreign country?
It was a lot harder then I expected it to be. Luckily I moved to a country that spoke the same language, so that helped. Everything takes time and in time I became comfortable with new surroundings.

Was it easy making friends and meeting people; do you mainly socialise with other expats?
It wasn't easy to make new friends straight away. I was young and married so going out and social using with people, other then his friends wasn't really what I wanted to do. However, my two closest friends are the ones I made at my first job that I took when I arrived! I have met fellow expats and hang out with them occasionally, but not because they are expats! 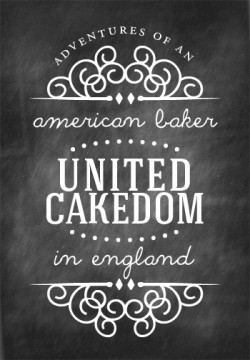 My blog header
What are the best things to do in the area; anything to recommend to future expats?
London is about an hour away and there are endless things to do there! But locally I love just visiting the National Trust places, manor houses and grounds and old castles!

What do you enjoy most about living in England?
The history! There is so much to see that has amazing pasts!

How does the cost of living in England compare to home?
It's half a dozen of one or the other. Housing in England is very high, but food shopping us slightly lower. Health care is free on the NHS (paid through taxes) and in the states it's all privatized, so at the end of the day I kinda feel like it all totals about the same. 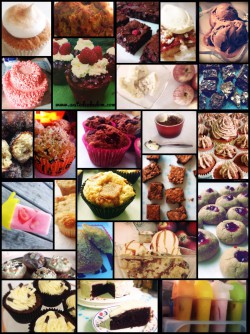 My cakes and baked from last year (2/2)
What negatives, if any, are there to living in England?
As I mentioned above housing! Not only is it expensive, but the houses are small and there isn't enough to house the population.

If you could pick one piece of advice to anyone moving to England, what would it be?
As anything do a bit of research on general living things, like housing, cars vs public transport, jobs and so on! I moved for love so did none of those things!

What has been the hardest aspect to your expat experience so far?
Dealing with homesickness. My little family is my home, however there are times I just miss my mom and dad and sisters and their family's so much it hurts. And just the familiarity of "home". I suppose I've been here long enough that it's possible if I ever moved back to the USA that I'd be homesick for England!

When you finally return home, how do you think you'll cope with repatriation?
Not sure that I will ever return home, but I think it's a lot easy returning to the familiar then the other way around. Won't know until it happens!

What are your top 5 expat tips for anyone following in your footsteps? Tell us a bit about your own expat blog.
My blog is mostly about food. I became a stay-at-home mom while living here in England and have had to learn to cook! Baking became something I enjoyed and turns out I'm pretty good at it!! Within my baking adventures I've talked about learning to drive and the difference in the school systems and other things, I do try to mix it all together!

How can you be contacted for further advice to future expats coming to your area?
@unitedcakedom - twitter
https://www.facebook.com/UnitedCakedom - Facebook
www.unitedcakedom.com

Lisa is an American expat living in England. Blog description: United Cakedom: Adventures of an American in England I explore the sweeter life in England with my British husband and 2 daughters!

I moved to London from a tiny town in NW Georgia in the States at the ripe old age of 20 for a man I'd known all f six months. Seventeen years later, we are living in the US with three kids, two of whom were born in London. I agree about the honeymoon period and the homesickness...that was the worst! I lived in the UK for nine years and eventually became a citizen, because there may well come a time when I want to go live there again. Lisa's story is great for anyone considering the move across the pond...there's definitely a lot to consider!