Want to get involved? Become a Featured Expat and take our interview.
Become a Local Expert and contribute articles.
Get in touch today!
Filed: Interviews,Tanzania
According to her students, Abigail Snyder has âthe coolest life ever.â Others might call it crazy, but in reality, it is just the result of loving life and living it to the fullest. Originally from the outskirts of Fort Wayne, Indiana, Abigail is most at home in wide open spaces, though she is adapting quickly to Dar es Salaam. The energy (and chaos) of the city, the beach, and the challenge of learning Swahili make living in Dar fun and exciting.

Wherever she is, Abigail loves to be outside and active, playing volleyball, cycling, hiking, camping, SUPing, diving, and just enjoying Godâs grand creation. She is also a photographer and writer, capturing the beauty of life for others to enjoy. 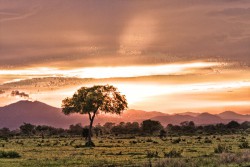 Here's the interview with Abigail...

Where are you originally from?
I am originally from Indiana, where I grew up on a farm and rode and trained horses professionally for a number of years.

In which country and city are you living now?
I currently live in Dar es Salaam, Tanzania, where I teach at HOPAC (Haven of Peace Academy).

How long have you lived in Tanzania and how long are you planning to stay?
I moved to Tanzania in June 2013 with a two-year contract. In October 2014, I will have the option of extending that for another year... and then consecutive years after that. Honestly, I don't know what I will decide when October comes. I really love Tanzania and living in Dar, but I miss friends and family back in the U.S., and there are so many opportunities for me in so many different places...I really have no idea. 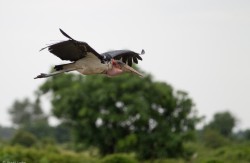 Why did you move to Tanzania and what do you do?
I teach secondary English (grades 6-12), and moving here is a bit of a long story. Back in 2010, I had just graduated from two years of Bible school, where one of my roommates had grown up as a missionary kid (MK) in Mali, West Africa. I was at a period of indecision, and had just settled on teaching as a career that I would actually enjoy, having taught horseback riding lessons for nearly six years already. This roommate suggested that I think about teaching overseas in a school for MK's, and when she did, a seed was planted. I went on a month-long mission trip to Papua New Guinea that year and had the opportunity to visit a small school there for MK's, and by time I returned home to the U.S., I was hooked. I re-enrolled in college to finish my teaching degree with the goal of returning to Papua New Guinea to teach. To make a long story short, I have not returned to Papua New Guinea, but I am teaching here in Tanzania at an international Christian school (which is not exclusive to MK's, or even Christians for that matter). The full story is on my blog somewhere...but suffice it to say, I'm convinced God brought me here.

Did you bring family with you?
Nope. When I walked through security at O'Hare International Airport in Chicago, Illinois, I was all alone. That was a long flight over the Atlantic Ocean... but I've grown to love it.

How did you find the transition to living in a foreign country?
Aside from getting Malaria on my third week in-country, I felt like my transition was fairly seamless. After being in Papua New Guinea, I was very pleasantly surprised by Tanzania. Sure, learning Swahili is a slow process with its awkward conversations, and it takes a bit of time to adapt, but I really embraced it as an adventure. After a short stay in Iringa for language school, I unpacked my bicycle and hit the streets. And loved (almost) every minute of it.

Was it easy making friends and meeting people; do you mainly socialise with other expats?
I was extremely fortunate to make connections via Facebook (friends of friends of friends) with people here in Dar who played volleyball. They drove me to volleyball twice a week for the first few months while I was still figuring out what I would do for transportation here, and the people I play volleyball with are some of my best friends here in Dar. I've made other connections through school and church, but most of them are expats. The Tanzanian friends I do have, I absolutely love--but language is still a barrier to developing friendships with many Tanzanians who do not speak English any better than I speak Swahili. But I'm working on that. ;)

What are the best things to do in the area; anything to recommend to future expats?
If you enjoy the beach and just want to relax, White Sands is the place to go. I personally spend much of my time playing volleyball and diving (Seabreeze Marine), but if you enjoy sports of almost any kind, there are groups of people around Dar playing, and Facebook is a great way to connect. Just do searches for "Dar volleyball" or "Dar Ultimate Frisbee" or whatever it is you want to do. And just start asking around. Chances are, someone has heard of something, or knows somebody who knows something...But do get involved. If you want to travel, Tanzania is a stunningly beautiful country for diving, camping, hiking, safaris, etc.

What do you enjoy most about living in Tanzania?
No winter! I hate cold weather, and so the warmth here in Dar is a beautiful thing. Especially when my hometown is experiencing the worst winter in history. Brr.

How does the cost of living in Tanzania compare to home?
That's a hard question for me to answer, because I was still living at home with my parents before coming here. I had just graduated college, and was working two full-time jobs to save money to come here. The cost of living seems pretty reasonable here, and if I wasn't spending extra money to dive and travel, I think I could live pretty easily on about $1000/month (including rent). But I don't live on the peninsula... which is much more expensive. My theory is, if you want to live simply and save money, it is definitely do-able here. But if you want a nice house and nice car and western food and expensive hobbies, well, that's also an option.

What negatives, if any, are there to living in Tanzania?
I know that most people living in Dar would say traffic, but because I drive a motorcycle, most of the time, its not too terrible. The drivers, however, are terrible. It does make driving stressful when you know that most of the other people on the road have absolutely no respect for other vehicles, pedestrians, or the rules of the road. The other thing that irritates me is the pervasive culture of littering. People unwrap a candy bar and then just drop the wrapper wherever they happen to be standing. And as a result, Dar is a filthy city. I think that's starting to change, but its a cultural thing, so it will be a slow change.

If you could pick one piece of advice to anyone moving to Tanzania, what would it be?
Embrace it. If you come in trying to change everything, or trying to make it fit what your culture was in your home country, I think you will be miserable. But if you come in thinking that everything is new and different (but not necessarily wrong), then you might actually enjoy it.

What has been the hardest aspect to your expat experience so far?
Being alone. I was a part of a very tight-knit community back in Indiana, and even though I've been here 8 months, there are still days where I feel very, very alone.

When you finally return home, how do you think you'll cope with repatriation?
I think it will be fine. In my mind, Dar and Fort Wayne are two entirely different cultures. And that's okay. I can fit into either place. The hardest part, might be driving and not getting pulled over for reckless operation. ;)

What are your top 5 expat tips for anyone following in your footsteps? Tell us a bit about your own expat blog.
I have had my blog "613 Thoughts" for several years, and in all honesty, I write because writing is fun. Now, I also write and post pictures so family and friends at home can have some idea of what my life here is like, especially as I am here as a result of their contributions. Teachers at HOPAC receive only a small stipend to cover housing costs, and everything else is "donated" by friends and family at home... so obviously, those people have a vested interest in my life. But down deep, I still just write because its fun.

How can you be contacted for further advice to future expats coming to your area?
Find me on Facebook or Twitter, or leave a comment on the blog. I'd love to help any newcomers get settled and find a community that fits them here in Dar. Its a great place to live!

Abigail is an American expat living in Tanzania. Blog description: 613: Thoughts is a chronicle of my thoughts. Currently, I live in Dar es Salaam, Tanzania where I am learning Swahili and teaching high school English at Haven of Peace Academy.