Want to get involved? Become a Featured Expat and take our interview.
Become a Local Expert and contribute articles.
Get in touch today!
Filed: Interviews,Tanzania
Ashley and Michael are a young married couple, who recently moved from the United States to Mwanza, Tanzania, where they will work for local non-profit organizations. Ashley's work will focus on the rights of youth and children, paying particular attention to the importance of education, sexual health, and putting a stop to domestic violence. Michael's work aims to to improve community health, especially people living with HIV/AIDS, while reducing poverty and advancing development through the economic empowerment of women and youth. Ashley & Michael's expat blog is called From Tanzania With Love (see listing here) 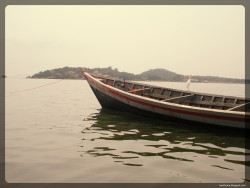 Here's the interview with Ashley & Michael...

Where are you originally from?
Ashley has lived in many places growing up, but calls Minnesota home. Michael hails from Naperville, Illinois, a suburb of Chicago.

In which country and city are you living now?
Though currently live in Mwanza, Tanzania, we started our expat journey in Musoma, Tanzania, where we took three months of Kiswahili language courses at the Makoko Language School.

How long have you lived in Tanzania and how long are you planning to stay?
We moved to Tanzania in January 2014 and plan to stay until at least mid-2017. Us Handing Out Nutritional Supplements with a Local Kid's Group
Why did you move to Tanzania and what do you do?
We moved here out of a desire to live and work with the poor in a developing nation. Years ago, we had the opportunity to go on various immersion trips: Ashley to the Dominican Republic and Michael to Swaziland. After those experiences, we felt called to serve overseas but for a much longer period of time. We now work for Maryknoll Lay Missioners, an American non-profit organization dedicated to fulfilling basic needs all over the world. We are placed with locally-run non-profits based upon our skill set.

Did you bring family with you?
Just each other!

Was it easy making friends and meeting people; do you mainly socialise with other expats?
We are still getting settled but from our experience so far, it is quite easy to meet locals. Tanzanian culture is incredibly friendly and curious so there's no shortage of conversation with people we meet on the streets. We socialize with expats we've met through our work but otherwise, we try to keep our friend groups equally balanced. 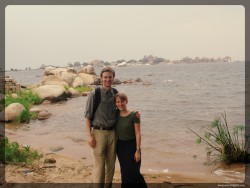 Us Exploring Lukuba Island on Lake Victoria
What are the best things to do in the area; anything to recommend to future expats?
We are in a fantastic spot for travel and thus, have a long "bucket list" of places we hope to visit in the next three and a half years! The Serengeti and numerous other Tanzanian National Parks are within driving distance of our home. In addition, being in East Africa, a short flight gets us to Kenya, Rwanda, Uganda, and Burundi, just to name a few. There are too many places to recommend!

What do you enjoy most about living in Tanzania?
We have loved so many facets of Tanzania so far. As we mentioned, the culture is largely friendly and incredibly forgiving. As we only learned Kiswahili six months ago, we're still quite rusty but locals often patiently put up with our mistakes and praise us for our beginner efforts. Tanzanians are also wonderful hosts. Whenever we are invited to locals' homes, we are treated so well! 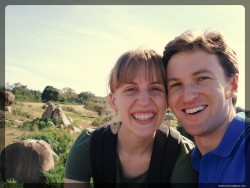 Us Climbing Rocks We Probably Shouldn't Have
What negatives, if any, are there to living in Tanzania?
As Westerners in Mwanza, we always stand out. This requires that we be extra vigilant in the city center and at night. Also, living in an developing nation means that we encounter widespread poverty on a daily basis.

If you could pick one piece of advice to anyone moving to Tanzania, what would it be?
Our advice: Let go of your time table! Tanzanian life moves extremely slow and nothing gets done in a day. Once you accept this fact, you can stress a lot less.

What has been the hardest aspect to your expat experience so far?
Saying good-bye! We both were surprised at how unhappy we were to leave the United States, even though we had been excitedly planning to do so for years! The last good-bye is so difficult but once we got to Tanzania and set up regular calls with family and friends, everything righted itself rather quickly.

When you finally return home, how do you think you'll cope with repatriation?
Oh wow, we're nowhere near thinking about that! And who knows if we will repatriate? We're just focusing on life one day at a time! 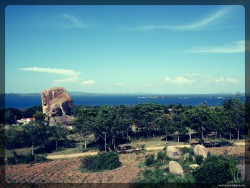 A View of Lake Victoria
What are your top 5 expat tips for anyone following in your footsteps? Tell us a bit about your own expat blog.
We started our blog back in September 2013, when we moved from our home in Dallas, Texas. Since then, each of us posts at least once a week, mostly on local life and issues affecting Tanzania. We also try to post a list of interesting articles once a week, just for fun.

How can you be contacted for further advice to future expats coming to your area?
You can reach out to us through a comment on our blog, From Tanzania With Love (leenhome.blogspot.com), or through Twitter. Asante sana - thank you very much!