Want to get involved? Become a Featured Expat and take our interview.
Become a Local Expert and contribute articles.
Get in touch today!
Filed: Interviews,Australia
Rita is a writer, blogger and crafter. She's a French Canadian woman, born and raised in MontrÃ©al, with a Lebanese background. She speaks French and Arabic and is now learning Italian. She practiced in Canada as a criminal lawyer for four years until a trip to Italy in 2006 changed her life. She moved to Melbourne and she completed a Post Graduate Diploma in Journalism at RMIT University. Now that she has reconnected with her love for writing, she is working on editing her first novel and thinks that this is certainly one of the most challenging things she has ever done. Rita's expat blog is called The Crafty Expat (see listing here) 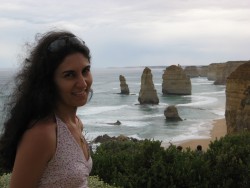 Here's the interview with Rita...

Where are you originally from?
Montreal, Canada.

In which country and city are you living now?
Melbourne, Australia.

How long have you lived in Australia and how long are you planning to stay?
After having a long distance relationship for a few years, my husband and I got engaged in February 2009. This is when the long process with the immigration started. I received my prospecting marriage visa in December 2010 and moved to Melbourne. I married in March 2010 and had a spouse visa for two years; then, a permanent residency for just over two years and, after doing the Australian Citizenship exam, I received my Australian Citizenship in May 2014. The immigration process took overall about 5 years and I now reside permanently in Australia. 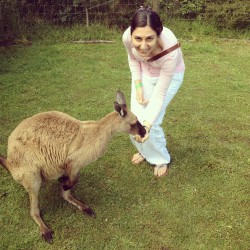 Maru Koala and Animal Park, Victoria, Australia
Why did you move to Australia and what do you do?
I moved to Melbourne because I followed my heartâ¦ I met the man who would become my husband in 2006, in Italy, at the doorstep of Hotel Diana in Rome. He was Australian and we were on the same tour from Rome to Milan. For many reasons, one of them being weather related, we chose Australia rather than Canada to be the country where we would build our life together.

Did you bring family with you?
No. There was only me and my two suitcases!

How did you find the transition to living in a foreign country?
The transition was not too hard as I didnât have a big cultural shock because Australia and Canada are very similar in the way people live, work and think. I found especially Melbourne and Montreal to be very similar. I remember I could go to the city, close my eyes and it felt as if I was in Montreal.
Perhaps the most difficult thing for me was to learn English. I had only basic skills in this language and I couldnât express myself fluently. I was always struggling to find my words. It was very frustrating. I decided to do some English courses and it made my life much easier.

Was it easy making friends and meeting people; do you mainly socialise with other expats?
I didnât know anyone in Australia. I had to put myself out there and engage with different groups in order to meet people. It wasnât easy. But, I did and I have connected with amazing people who became friends.
Iâm so lucky to live in a suburb that is very multicultural. So, yes, indeed there are a lot of expats where I live.
There is also a French Canadian Group in Melbourne where I met a lot of people. Itâs great because we can share about where we come from and speak French. 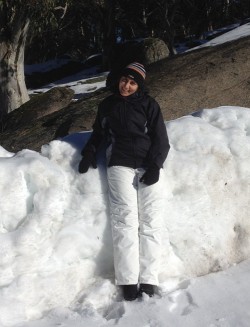 Mount Buffalo National Park, Victoria, Australia
What are the best things to do in the area; anything to recommend to future expats?
So many! The city of Melbourne is amazing! Country Victoria is beautiful, places such as Bright and Mildura. Wineries, camping, there's something for each and every taste. Great Ocean Road is a must see!

What do you enjoy most about living in Australia?
I like Melbourne for so many reasons. First, it does get cold but itâs nothing compared to the harsh winter I experienced in Canada. I enjoy the weather very much. I love that the beach is only about half an hour away. I adore the fact that Melbourne is such a vibrant, artistic and cultural city where there is always something interesting happening. 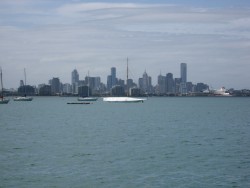 Williamstown with Melbourne city in the background, Victoria, Australia
What negatives, if any, are there to living in Australia?
There are no negatives in living in Australia, it's quite an amazing country. But, being far from my family and my friends is what I find the most difficult. The trip from Canada to Australia takes about 22 hours. Itâs not everyone who can afford the time and money to come and visit.

If you could pick one piece of advice to anyone moving to Australia, what would it be?
Before you travel to live permanently in a new country, sit down and think why you are doing this move, what will be the radical changes in your life and what do you expect for your future in your new country.
If after weighing the pros and cons you decide to move abroad, keep your doors open to possibilities. No one will give you something just because you made a huge change in your life and you will have to put yourself out there and go for what you want. You will have to adapt and, perhaps, even considering a new career.
Donât look back even if you face difficulties. Remember the reasons why you decided to move abroad and stick with them.

What has been the hardest aspect to your expat experience so far?
Two things: writing and speaking fluently English and finding work.

When you finally return home, how do you think you'll cope with repatriation? 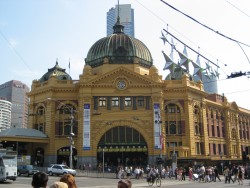 Flinders Street railway station, Melbourne, Australia
What are your top 5 expat tips for anyone following in your footsteps? Tell us a bit about your own expat blog.
I blog at The Crafty Expat about my love for words, my many hobbies and my life as an expat in Melbourne. The blog started in May 2012. I felt isolated. I had only a few friends in Melbourne and I missed my family and loved ones back in Montreal. I needed something to connect with others. I also wanted to continue practicing all the things I had learned in my Post-Graduate. I thought Iâd give blogging a go and I absolutely loved it!

How can you be contacted for further advice to future expats coming to your area?
Blog: http://thecraftyexpat.com
Facebook: https://www.facebook.com/TheCraftyExpat

Rita is a Canadian expat living in Australia. Blog description: The Crafty Expat is a blog where I share my thoughts on many subjects I am passionate about such as living in a new country. I also blog about my hobbies which are: cooking, knitting, scrapbooking, crafting, reading and writing.

It's been an absolute joy following Rita's journey settling in Australia. I love how she came to Australia for love. Beautiful story!

So lovely to see Rita interviewed here! I too am an expat so we can always relate to each other's feelings and longings. Love your tips too X