Want to get involved? Become a Featured Expat and take our interview.
Become a Local Expert and contribute articles.
Get in touch today!
Filed: Interviews,Netherlands
Lee V. writes as the expat blogger "DutchInLaw" about life in the Netherlands. She moved overseas with her family as a child and is now addicted to the "backpack life," as she calls it. As a homeschooled teenager in Western Europe, she visited other countries and studied the art, wars, and worldviews that shaped them. As a photojournalist in Eastern Europe, she traveled through countries and took thousands of photos of the inhabitants, events, and architecture (and the delicious food.) As a cross-cultural intern in the Middle East, she had a chance to study why people think the way they do. Now, as a wife and mother in the Netherlands, she spends her days figuring out the Dutch way of life. Lee's expat blog is called Dutch In Law (see listing here)

Here's the interview with Lee...

Where are you originally from?
I grew up all over the world, thanks to my father's job as a professor, but my family roots are in the USA.

In which country and city are you living now?
I'm currently living in Rotterdam, the Netherlands.

How long have you lived in Netherlands and how long are you planning to stay?
I've been here 3 years, and might be here for another few or move on when we feel called somewhere else! 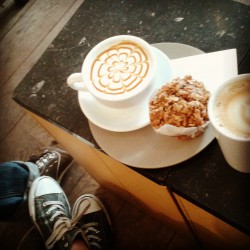 Coffee and Treats in Rotterdam
Why did you move to Netherlands and what do you do?
I moved here two months before my wedding to a wonderful Dutchman (hence the blog name). I'm a freelance writer and editor, and I've also volunteered at various nonprofit organizations like Mercy Ships and Vluchtenlingenwerk (The Dutch Council for Refugees).

Did you bring family with you?
I didn't bring any family with me, but we had an adorable, active son last year who keeps us on our toes.

How did you find the transition to living in a foreign country?
Since I lived in the Netherlands as a teen, I knew the basics of Dutch culture and language. The challenging part was finding my way in Dutch society as an adult. How does the medical system work? What is expected of me as a daughter- and sister-in-law?

Was it easy making friends and meeting people; do you mainly socialise with other expats?
I've only really gotten to know other expats since having a baby. Most of the young Dutch women I know have careers, while many expat mothers are stay at home moms (either by choice or due to the recession and lack of job opportunities.) Right now I have a good mix of Dutch friends and expat friends.

Baby Hands
What are the best things to do in the area; anything to recommend to future expats?
I got the Rotterdampas at one point, which gives access to museums and hundreds of attractions for free or a discount. We visited the zoo, sailed on the Pancake Boat down the river, went to the cinema, had ice cream, and tried yoga! It's also just a fantastic city to wander if you like exploring.

What do you enjoy most about living in Netherlands?
The freedom and history. I can hop on a train to Amsterdam, Berlin, Brussels, or Paris and spend a day taking photos. Or I can bike past skyscrapers, have a coffee downtown with a friend, watch boats on the river with my family, and buy flour from a working windmill â all in one day.

I also love all the opportunities for our family to be independent and eco-friendly. There are recycling bins scattered through my neighborhood and organic and Fair Trade items at the stores. Children ride along in bike seats and then graduate to their own bikes. We use our car about once a week (if that) for visiting family or traveling for work/school.

How does the cost of living in Netherlands compare to home?
Living costs are fairly high in the Netherlands, as are taxes and health insurance. It's not uncommon to hear that people migrate to western Europe for better job opportunities or increased pay. Then they find there's a lack of jobs and that the cost of living outweighs any gains they might have made. Not good. 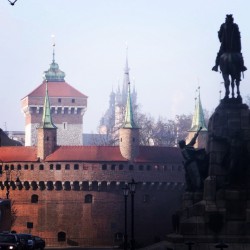 European Travels
What negatives, if any, are there to living in Netherlands?
There can be a negative attitude towards migrants, who bring their own cultures with them and then don't assimilate into the Dutch culture. After living here for a few years, it's hard for me not to be influenced by stereotypes of lazy/loud/rude/antisocial foreigners.

While the summers are full of glorious sunny days, the winters can last from October to April. It's definitely not a country for lovers of a warm climate. Also, the North Sea stays cool even in the summer, so I miss being able to swim at the beach.

If you could pick one piece of advice to anyone moving to Netherlands, what would it be?
Find a good support network of people who can offer advice and a listening ear. For us, that was our church - I've found some good friends there, both girl friends to have tea and cry with, and other young families for exchanging questions about our babies. I've also been involved in a volleyball and a taekwondo club through the years, and those friendships helped me stay sane even when my language skills were poor and I couldn't find a job.

What has been the hardest aspect to your expat experience so far?
The hardest part of adjusting here has been having faith that there was a purpose to the challenges I was facing. Looking back, I can see how I learned from each situation, but at the time I was more likely to stress about the future.

When I wondered if they'd deny my residency request. When I was worried I'd have to give birth in an unfamiliar hospital. When I spent hours sending out my resume only to find that no one thought I was educated enough to hire.

When you finally return home, how do you think you'll cope with repatriation?
I've gone through culture shock - small or big - every time I've returned to the USA. "Too many choices at the grocery store!" "Why isn't there public transport?" "How can they have stayed the same when I've changed so much?" I don't know that I'll ever move back there permanently - I like Europe too much. 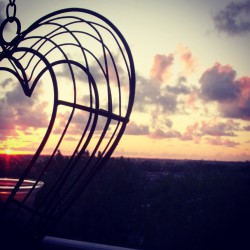 Home in the Netherlands
What are your top 5 expat tips for anyone following in your footsteps? Tell us a bit about your own expat blog.
I started DutchInLaw after someone in my family suggested the name. The idea resonated with me; I might not be Dutch by blood, but I earned the challenges and joys by marrying into the Dutch "family." One of my favorite things to blog about is the little moments of Dutch culture I encounter through the week. Another favorite topic is the experiences that come with being a first-time parent in a foreign country.

How can you be contacted for further advice to future expats coming to your area?
Via my blog or Twitter - welcome!

Lee is an American expat living in Netherlands. Blog description: Storyteller and cityhopper building an urban home in the Netherlands