Want to get involved? Become a Featured Expat and take our interview.
Become a Local Expert and contribute articles.
Get in touch today!
Filed: Interviews,Spain
Ina is a German expat living in Barcelona, Spain. Over the last 15 years she has been living in numerous countries: it all started with a yearlong Erasmus exchange in Grenoble, France, which probably triggered her travel bug. She has been moving around as an expat ever since: between England, France, Germany, Australia, Ireland, Liechtenstein and now Spain. She loves to learn about different cultures and ways of life â she now speaks four languages at a fluent level. There is always something to learn from each mentality to enrich her life!

With the initial intent of using her blog iTravel4life.com as a personal work reference in Digital Marketing and Social Media (the Barcelona job market is tough!), Ina has created an inspiring resource for expats and long-term travellers, providing tips & tricks for expats as well as sharing travel experiences as an expat and traveller. Ina's expat blog is called iTravel4life (see listing here) 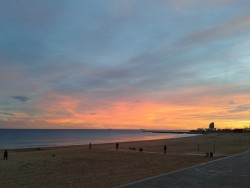 Here's the interview with Ina...

Where are you originally from?
Leipzig, Germany

In which country and city are you living now?
Barcelona, Spain

How long have you lived in Spain and how long are you planning to stay?
Been living here for a year and a half and so far I'm not planning to move anywhere else. It reminds me of Australia or Californian lifestyle - for now it's my favourite place to live in Europe. 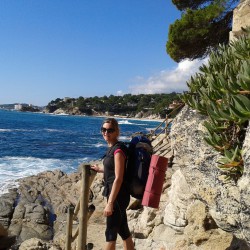 Costa Brava
Why did you move to Spain and what do you do?
I followed my expat boyfriend who has his startup company here. I aquired new skills and am now working in Digital Marketing, using all my language skills.

Did you bring family with you?
No, never did.

How did you find the transition to living in a foreign country?
Don't we forget each time what it's really like? I always think, yes it will be hard (done this before!) but so much more thrilling and interesting. Of course I was reminded of its hardships: for example when I could't say what I thought due to limited vocabulary. To a certain extent language is identity. It made me feel like a child not being able to express myself or to properly present a work project in Spanish. Read about it in my blog ;)

Was it easy making friends and meeting people; do you mainly socialise with other expats?
Barcelona has a very active social life with almost too much on offer. It's so easy to meet people! The challenge is to see them again and to make true friends. Most people use Meetup.com here. I met people through Meetup, my language classes, work or by doing language exchanges.
I probably socialise more with other expats, but also some Catalans. 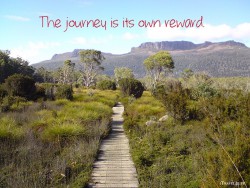 Iceland
What are the best things to do in the area; anything to recommend to future expats?
I love the tapas culture. I'd recommend avoiding the touristy areas and to enjoy being close to several National Parks, Costa Brava and of course the sea.
Also, Barcelona is awesome for any type of skating.

What do you enjoy most about living in Spain?
Awesome weather! We have the sea, the mountains, a great offer on cultural events. And it's not too big so you can cycle almost everywhere.

How does the cost of living in Spain compare to home?
It's definitely cheaper, however salaries are much lower as well. Income tax is considerably lower than Germany and France. I'd say the relation between income and living cost is better here than it was for me in the UK and France, and maybe worse than in Germany, if that makes sense. 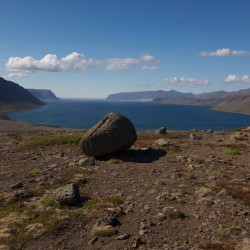 Waiheke Island
What negatives, if any, are there to living in Spain?
Too many tourists!

If you could pick one piece of advice to anyone moving to Spain, what would it be?
Learn Spanish (Castellano or Catalan) and make the effort to mix with the locals. Most expats socialise with English speaking groups only. I personally quite like the Catalans.

What has been the hardest aspect to your expat experience so far?
We are far away from our family and best friends. We miss out on parts of their life and may not see our parents grow old or nieces and nephews grow up. Thereâs no family around to help out with our own kids. And homesickness will kick in every now and then. We may even feel forgotten by brothers and sisters who may not readily make an effort to stay in touch. I often miss hanging out with people who really know me, understand my background and how my mind works when a crisis hits. I value old friends from back home very much.

When you finally return home, how do you think you'll cope with repatriation?
I did attempt moving back to Germany after 10 years of expat life. I knew right away it was not the right decision even though I had a well paid job and lived in the most beautiful part of the country, at Lake Constance. In fact, it was very much like moving to any other country except that I already spoke the language and could ask my family how to deal with things. I missed the expat lifestyle and even socialised mostly with expats in Germany. I took the first opportunity to move abroad again. ;)

What are your top 5 expat tips for anyone following in your footsteps? Tell us a bit about your own expat blog.
On iTravel4life.com I share my experience as an expat and long-term traveller. You will find thoughts and stories about expat life and tips and tricks how to make it even better. You may also find inspiring ideas, pictures and articles on memorable travel adventures.

How can you be contacted for further advice to future expats coming to your area?
You're welcome to drop a a note via the contact page on my blog or through Facebook & Twitter.

Ina is a German expat living in Spain. Blog description: A topnotch true traveller's site telling stories, adventures, people's lives and what it's like to move between countries, languages, mentalities.