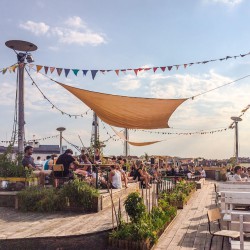 Here's the interview with Justyna...

Where are you originally from?
From the south of Poland.

In which country and city are you living now?
I live in Berlin, my favourite city in the world.

How long have you lived in Germany and how long are you planning to stay?
I've lived here 3,5 years already and not planning to move out any time soon. 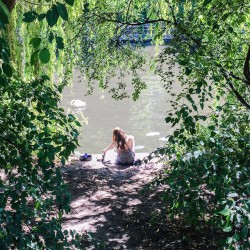 Landwehrkanal | @BERLINSKO
Why did you move to Germany and what do you do?
My moving to Berlin has a love story in the background.
As most of the people I know, I work in a start-up.

Did you bring family with you?
Yes, my sister.

How did you find the transition to living in a foreign country?
Pretty smooth.

Was it easy making friends and meeting people; do you mainly socialise with other expats?
It wasn't easy at the beginning, because I didn't speak German properly, but now it's just great. I have many international and local friends. 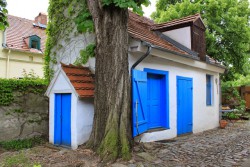 Rixdorf | @BERLINSKO
What are the best things to do in the area; anything to recommend to future expats?
Everyone should try starting a party at 7am and then dancing all day long.

What do you enjoy most about living in Germany?
Open-minded people.

How does the cost of living in Germany compare to home?
Berlin is relatively cheap (compared to other European capitals) and the prices are quite similar to those in Warsaw (capital of Poland), but still some things are much more expensive than in my home town. 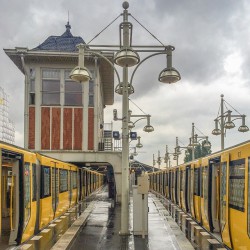 Berlin - miscellaneous | @BERLINSKO
What negatives, if any, are there to living in Germany?
There aren't any mountains in the area.

If you could pick one piece of advice to anyone moving to Germany, what would it be?
Start living in a WG, beacuse in that way you can meet more people and improve your language skills.

What has been the hardest aspect to your expat experience so far?
Being homesick.

When you finally return home, how do you think you'll cope with repatriation?
I have no idea. 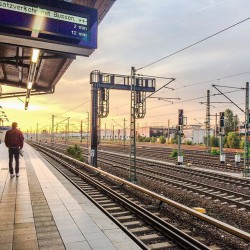 Moabit | @BERLINSKO
What are your top 5 expat tips for anyone following in your footsteps? Tell us a bit about your own expat blog.
I'm sharing very subjective tips on Berlin with my Polish readers. I write only about the things I like and can recommend. If I visit a place that isn't so good, I am honest about that.

How can you be contacted for further advice to future expats coming to your area?
You can just write me an e-mail or contact me via social networks I'm using.

Justyna is a Polish expat living in Germany. Blog description: BERLINSKO is a blog written directly from Berlin, dedicated mainly to Polish people living in Berlin. But it's also written in English. And German. Sometimes.