Want to get involved? Become a Featured Expat and take our interview.
Become a Local Expert and contribute articles.
Get in touch today!
Filed: Interviews,Italy
Sara Rosso moved to Italy from Silicon Valley (California) in July 2003. She started her Italian adventures in Rome, relocated to Pavia, and now lives in Milan. Sara is one busy lady! Whilst having a full time job, she is also a freelance writer and photographer and yet still finds time to run her hugely successful expat blog Ms. Adventures in Italy (see listing). She was also an organizer for the Girl Geek Dinners in Milan from 2008-2011.

Here's the Interview with Sara... 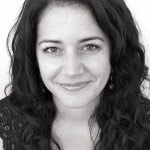 Where are you originally from?
California.

In which country and city are you living now?
Milan, Italy.

How long have you lived here?
I've lived in Italy for more than 9 years.

What made you decide to up sticks and move?
It was something I had been talking about for years, and when the time came to put up or shut up, I took the chance to make it happen and moved.

Why did you pick this country?
I'm Italian-American but I didn't really get to visit here until I was a teenager. Then, it was all I could think about - I chose the university I went to partially because of their Italy study abroad center, and then after living here for 4 months, I knew I wanted to move full-time.

Did you bring family with you?
No.

Did you get a relocation company to help you move?
No, I had some friends of friends who I was able to rent from for a few months when I got there, and I continued to find apartments and places to live through my network of friends and colleagues.

How does the cost of living compare?
The concept of a "house" in Milan is much different than what I was used to in California - it's almost completely apartments in the cities. It's quite expensive with respect to the salaries people make.

Was it easy making friends and meeting people?
I think at first it's much easier to meet people going through the same experience as you - adjusting to a new life and its idiosyncrasies. Later, when you start to settle in, you'll need to make more of an effort to meet people and make friends because you're not seeking information as much as before, and you've probably settled into a routine that doesn't expose you to new people as much.

What was the hardest thing with the whole expat experience?
The bureaucracy in Italy is nothing to laugh at. Bring your persistence and a smile - being stressed out and angry at public offices rarely helps.

What is your favourite aspect of the expat experience?
I love the country of Italy - it reminds me a lot of California, and I love how every region can have completely different food and customs from the next, not to mention a different landscape!

If you could pick one piece of advice to anyone emigrating here, what would it be?
Learn the language...really. You can't expect the locals to speak your language. It will be hard at first, but try. Try to communicate and try to show you're improving, too! It will be appreciated.

What are your top 5 expat tips?
I wrote a whole post about it! See my post here: http://www.msadventuresinitaly.com/blog/2007/09/05/help-how-do-i-live-and-work-in-italy/

Sara runs her own expat blog called Ms. Adevntures in Italy http://www.msadventuresinitaly.com which is about cooking, exploring and tasting new specialties, and her travels in Italy as well as around the world. It's a hugely useful resource if you're expatriating to Italy any time soon so check it out! Sara can be found on Twitter @rosso and Facebook and do nip over to her listing here on Expats Blog to leave a review or comment! All comments help towards the Expat Blog Awards 2012.