Expat Interview With Britt - US Expat In Barcelona

Want to get involved? Become a Featured Expat and take our interview.
Become a Local Expert and contribute articles.
Get in touch today!
Filed: Interviews,Spain
Britt Bohannan was originally on a three month visit which turned into something much longer... she's been living in Spain for four years now! Britt originally had another blog that covered all kinds of things, including life in Spain; however she received so many emails from would be expats with questions about making the move there, she decided to move all her Spain related posts to a seperate expat resource. Her latest expat blog is called An Expat In Spain www.spainexpatblog.com (please see listing here). 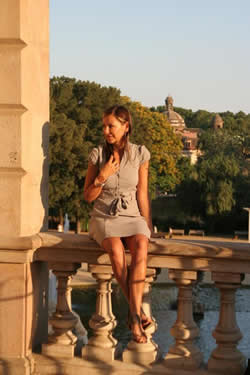 Here's the interview with Britt...

Where are you originally from?
California

In which country and city are you living now?
Barcelona, Spain

How long have you lived here and how long are you planning to stay?
I've been here 4 years with a six month hiatus in Italy. I have no current plans to return though I have always intended to eventually have a home in both places--Spain and California--so that I could spend the winters in Southern California (which are infinitely better than in Barcelona). As it is now, I usually spend 4-6 weeks in the US in summer and around 3-4 in the winter visiting family and friends who are spread all over.

Why did you move and what do you do?
This is a common question, and I usually do not answer it truthfully for a lot of reasons, but I will give you the long, honest story here. My husband was killed in an accident in May of 2008, and six months later I basically pulled a âgeographicalâ â you know, where you move to a new place to distract yourself from your life and your problems, however temporarily. This used to be my Modus Operandi of dealing with/avoiding my problems (starting at age 17, when I first moved out of the country). This move, however, was also driven by the realization that life is short and fleeting, and that if you are not doing something that brings you satisfaction or excitement every day, then what is the point? So finding something more exciting than my profession as an instructional designer was another part of reinventing my life that the move was to facilitate. I did a stint as a copy writer for six months (actually in Italy, not here), and as journalist in the Motorcycle racing world championship, and I am now back working in my profession as an instructional designer/elearning developer. The company I left in the US was gracious enough to allow me to work on a year-long project mostly remotely, and now I freelance with North American companies. I also run a few small ecommerce websites and still do a little journalism. 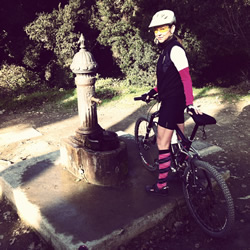 Did you bring family with you?
No

How did you find the transition to living in a foreign country?
I've done it before, on three occasions; however I either went to attend University or had a friend with me, so this was the first time I transitioned with zero group inclusion and no form of social support. At University you are immediately surrounded by like minded people and with a friend everything is easier, especially if you have an outgoing friend. But this transition was difficult as I did not speak the language, knew nobody, had no job and no resources, and was completely denying an ocean of emotions that would come out at the most inopportune times. But I eventually dealt with my grief and not only survived, but discovered that I love living here.

Was it easy making friends and meeting people; do you mainly socialise with other expats?
At first I only socialized with other expats, as I did not speak Spanish. But I have since learned and have many Spanish and Catalan friends, though I still do find it easier to meet expats. The problem is they often leave!

What are the best things to do in the area; anything to recommend to future expats?
For me, the beach is obviously one of the best things about this city, but I mountain bike and there are countless incredible places to mountain bike around here and other nearly cities, and all of it is accessible by train or metro. I love history too, so exploring old pueblos and nearly cities to check out the roman ruins is always fascinating to me - we donât have artifacts like this in our US cities!

What do you enjoy most about living here?
I love the social quality of life here and that on any given day you will run into friends or people you know while going about your day. I also REALLY love that everything starts and ends later here than probably anywhere else â the schedule here is what I have always practiced, and now I found a place where I fit in. 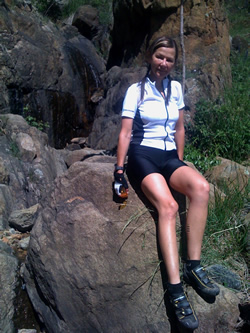 How does the cost of living compare to home?
Things are more expensive here in general; there is no getting around it. Part of this is due to the value of the dollar, but part of it is the VAT on everything you buy is so high, which we donât have in the US. However (and this makes all the difference in the world), I live a far simpler life here. I donât have the huge accumulation of âstuffâ that I had (um, still have actually) in the US. I have no debt, donât need a car, buy simple food, rarely pay for entertainment, donât need a gym because I ride my bike everywhereâ¦none of this was planned either, it just happened. There one thing that is notable cheaper here than in the US though: Mobile phone contracts.

What negatives, if any, are there to living here?
Oh, itâs got to be the work culture-people are generally not rewarded for hard or good work, so they just donât care. And why would they? This then translates into shoddy customer service, shoddy workmanship, and employees putting a lot of effort into competing with coworkers and pointing out the mistakes of others.

If you could pick one piece of advice to anyone moving here, what would it be?
As an American, you are coming from a culture that teaches individualism and autonomy. Use this to your advantage when finding a job, residency, establishing yourself here, etc. Iâve been called a crazy American (usually with a headshake of disbelief and a laugh) by the locals on more than one occasion when I have explained how I have gotten jobs, met the right people, asked for what I wanted, fought through bureaucracy â and I am not an outgoing nor particularly clever person. There is a lot of risk aversion here when it comes to the subject of work-donât let the fear others may have regarding risk stop you from setting up the life you want.

What has been the hardest aspect to your expat experience so far?
Getting legal residency! What are your top 5 expat tips for anyone following in your footsteps?
1. Be prepared for long delays when dealing with repairs, setting up services, any kind of customer service, appointments - nothing happens quickly here.
2. Be patient when trying to find your first place to live. You will have to look at a lot of crappy apartments or rooms before you find something decent at a reasonable price. Stay out of the dead center of the city, you will have better luck. Join Meetup.com if you are looking for any kind of social group, it is full of expats and expat friendly locals alike.
3. Buy a Spanish mobile phone the second you step foot off the plane and hand out your number freely. Texting is the preferred form of communication here for everything.
4. Do whatever you need to do to get a NIE- this can prove challenging for Americans, but youâll need it for everything you do here.

Tell us a bit about your own expat blog.
It isnât a personal blog but itâs definitely written from my point of view. I have a lot of advice for the newcomer, including what to do the first day you arrive, places to live, work, banking, etc. But there are plenty of observational posts that (so I am told) are really funny and relatable if you have spent any amount of time here too.

How can you be contacted for further advice to future expats coming to your area?
Send me a message through: http://www.spainexpatblog.com/contact-2/

Britt writes for her expat blog called An Expat In Spain http://www.spainexpatblog.com which is a highly useful expat resource and well worth visiting should you be looking to move to Spain. An Expat In Spain has an ExpatsBlog.com listing here so do please leave Britt a nice comment and help her in the Expat Blog Awards 2012. If you've liked the interview, you can also leave a comment below for Britt.

"This move, however, was also driven by the realization that life is short and fleeting, and that if you are not doing something that brings you satisfaction or excitement every day, then what is the point?" Trudat! Now, if I can just ditch my day job and start making money doing stuff I like. Great interview!