Want to get involved? Become a Featured Expat and take our interview.
Become a Local Expert and contribute articles.
Get in touch today!
Filed: Interviews,Spain
Fiona Flores Watson is a journalist and blogger who lives in Seville, Spain, where she writes about life as a Spanish expat wife and mother; the best places to eat and stay around Andalucia; fun family activities; local customs and fiestas; and anything else anyone will pay her to pen a few words about, especially if it involves food, alcohol or luxury hotels, or ideally a combination of these. Her work has appeared in Sunday Times Travel Magazine, Red Online, Conde Nast Traveller, concierge.com and various English-language websites in Spain. She has a Spanish husband and two bilingual children. Fiona's blog is called Scribbler in Seville (see listing here) 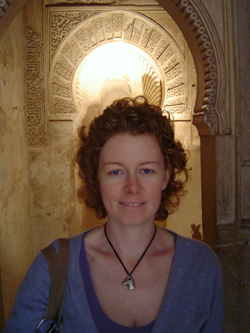 Here's the interview with Fiona...

Where are you originally from?
I come from a village in Essex, in southern-eastern England. I worked in London for ten years as a magazine journalist and editor before leaving my job and going travelling in South America. Realising I didn't want to go back to my previous life, I stayed in Ecuador for a year, did a TEFL, and then moved to Seville.

In which country and city are you living now?
I live in Seville, in southern Spain - a small town just outside, to be exact (not a strong point hereabouts).

How long have you lived here and how long are you planning to stay?
I've lived here for just over nine years, and have no plans to leave. My children are bilingual and we visit the UK regularly - I want them to be exposed to as much English culture and influences as possible.

Why did you move and what do you do?
The reason I moved away from London was because I wanted to live in a smaller, friendlier, sunnier city. I'm a journalist, blogger and social media consultant, and occasional translator and English teacher. 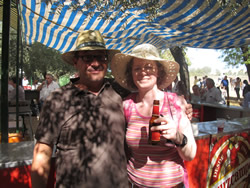 Did you bring family with you?
I came alone and met my husband a few weeks after arriving (he's Spanish); we got married seven years ago and have two children.

Was it easy making friends and meeting people; do you mainly socialise with other expats?
It was incredibly easy to meet people at first - I had a few introductions already, through which I found my flatmate (now my one of my closest friends), and I met a great gang of girls through the English language academy where I worked. The social life of English teachers is a whirlwind of tapas, pub quizzes and late nights in louche bars - just the way I liked it then! Now that I'm a mum living in the suburbs, there are very other few English people around, and I'm slowly getting to know more Spanish people, mostly the other mothers at my children's school. It's a small town, where everyone knows everyone else, so they're a little suspicious of me, as a foreigner, and some are definitely not open to friendship for that reason. Which makes the ones that do that much more special. This year I've volunteered to be the parent delegate of my daughter's class, which will help me get to know more other parents, and I'm also going to volunteer at a food bank in Seville. 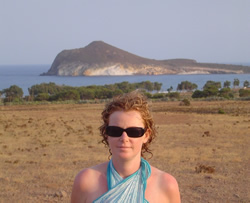 What are the best things to do in the area; anything to recommend to future expats?
The best things to do in Seville - where do I start? It has so much history - the cathedral and Giralda, Alcazar (royal palace), inquisition museum; flamenco - the most passionate music and dance form you'll ever see; tapas - more bars full of tasty little dishes than you could believe (5000 of them, in fact), and constantly coming up with more innovative ideas; our very own Soho, with lots of boho-chic gallery boutiques with quirky owner-designed clothes. Just walking around and looking at the traditional shops - fans and shawls, hardware, food, lingerie, haberdashery - is a great way to spend a few hours - life before department stores and supermarkets. I love taking the kids to the park - Maria Luisa is an adventure playground for kids in itself, with a boating canal, fountains, pools, grottoes, a waterfall and go-karts for hire.

What do you enjoy most about living here?
Cheap food, sunshine, and proximity to a huge variety of places to visit within easy distance - beaches, mountains, hilltop towns, cities (Granada, Cordoba, Malaga, Cadiz).

What negatives, if any, are there to living here?
The negatives to living here in Spain are the crap TV, appallingly slow and inefficient bureaucracy and endemic corruption. 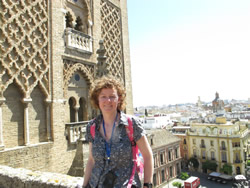 If you could pick one piece of advice to anyone moving here, what would it be?
My advice would be to learn Spanish - it might seem obvious, and everyone I know here in Seville has no problem, but the amount of people down on the coast who can't communicate in the language of the country where they live never ceases to amaze me.

What are your top 5 expat tips for anyone following in your footsteps?
- Research your chosen job field very thoroughly.
- Make contact with other expats in your new country using websites like this.
- Go to meet-ups and get-togethers - while you may not like everyone, there are bound to people who you do get on with
- Check out the area where you're going to live carefully before you sign a rental agreement, and get opinions from people who live in the area - if you hate your neighbourhood, you won't be happy
- If you have children, offer to help with school activities - it's a great way of meeting other parents and it creates goodwill too. 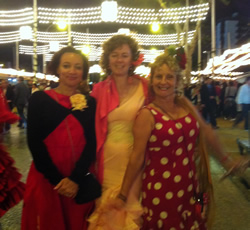 Tell us a bit about your own expat blog.
My blog, Scribbler in Seville, is about living here as a mum of two bilingual children, our experiences and how we cope with day to day challenges and excitements of life in Spain.

How can you be contacted for further advice to future expats coming to your area?
I can be contacted through my blog.

Fiona's expat blog is called Scribbler in Seville http://scribblerinseville.com which is very worthy of a visit. Fiona can be found on Twitter @Seville_Writer, on her Facebook profile and Scribbler in Seville has an ExpatsBlog.com listing here which has some great reviews already, although would appreciate a nice review if you can spare a quick moment! If you liked Fiona's interview, please also add a quick comment below.

Simple but invaluable advice. Folks really learn Spanish before moving here. I had done A level Spanish at school and found that when I moved here my excellent Text book Spanish didnt help me in real life Spain.

Your 5 tips are great advice Fiona. I am always shocked at how many people move to Spain without having learnt the language. It is lovely to read about your transition form a single language teacher to a married mum of two. Great interview!

You did not mention the heat once. Are you inured to it? GREAT city but h.h.h.hot in Summer!