Want to get involved? Become a Featured Expat and take our interview.
Become a Local Expert and contribute articles.
Get in touch today!
Filed: Interviews,England
Michelle Brideau, a keen explorer, has travelled all over the world over the years, even making travel her career. This experience and expertise is what she uses when giving travel advice. Michelle has spent the past 6 years living as an expat in London. Learning what makes London tick and making the most of having all of Europe at her doorstep. She has experienced the ups and downs of being an expat, learned (and continues to learn) the way things are done in England and writes all about it on her expat blog called Bluenose Girl (see listing here) 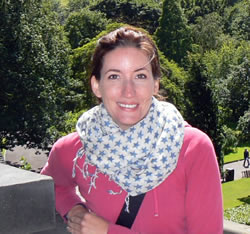 Here's the interview with Michelle...

Where are you originally from?
A small city of just under 1/2 million on the east coast of Canada Halifax, Nova Scotia, Canada. It's not really far north (as I am often asked) in fact it is further south than where I live now, on the same latitude as Bordeau.

In which country and city are you living now?
The huge, historic and international city of London, England

How long have you lived here and how long are you planning to stay?
I've been in England almost 6 years and I see London as home for the foreseeable future.

Why did you move and what do you do?
Living abroad has always been a dream of mine and England has always fascinated me and since I only speak English it was the obvious choice.

How did you find the transition to living in a foreign country?
I had visited England a lot over the years and culturally it isn't a complete exit from Canada so that helped. There were a few minor adjustments in language and getting to know different driving rules, the healthcare system, how to get around my new city and getting used to non-existent customer service. 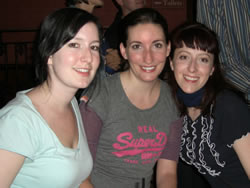 Was it easy making friends and meeting people; do you mainly socialise with other expats?
I avoided socializing specifically with other expats, especially Canadians, so that I wouldn't get homesick. Also expats tend to be more likely to leave after a few years and I wanted to build a solid base of friends. In London you will meet many expats from all over the world as it is quite an international city.
Creating a new social network does take time and requires you to put yourself out there stretching your comfort zone but it is worth the effort. Just don't expect it to happen in the first 6 months, I would say it takes about 2 years to build a solid network of friends.

What are the best things to do in the area; anything to recommend to future expats?
In London I would recommend taking a few walking tours of an area or subject that interest you, it is a great way to get into the nooks and crannies of London. The major museums and art galleries in London are free so make sure to make the most of them.

What do you enjoy most about living here?
The opportunities to travel, Europe is at your doorstep and there are lots of inexpensive flights and the Eurostar. As well in London there is so much history, art, dance and things to see and do one can never be bored. 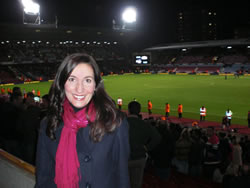 How does the cost of living compare to home?
London is a more expensive place to live than where I'm from but the trade off of living in such a great city and being in Europe is worth it. Wages are higher than other parts of England but renting is expensive and buying a place is prohibitively high. Meat is more expensive than Canada but cheese is less, a nice perk. Books aren't taxed in England and are much less expensive. Mobile phones cost less to have and use here too. Finally unlike where I'm from you don't have to own a car (and probably wouldn't want to) as can get by on public transport in London.

What negatives, if any, are there to living here?
London is a pretty crowded, be prepared for standing in line lots and to lose your personal space when taking the tube at rush hour or shopping on the weekend.

If you could pick one piece of advice to anyone moving here, what would it be?
Keep an open mind, you will be sure to see more opportunity that way. Don't expect to have the same lifestyle you had in Canada, but hopefully you didn't move to London, England for things to be the same. 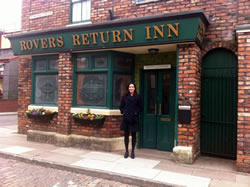 What has been the hardest aspect to your expat experience so far?
At first it was just having to relearn things you took for granted in everyday life like which detergent to by and which tap is the hot and cold (they are backwards here). In the longer term it is the adjustment to not being part of my Canadian friends' everyday lives.

When you finally return home, how do you think you'll cope with repatriation?
I think that should I move home I will miss the travel opportunities around Europe and being able to get a direct flight to any major city in the world from London. I've also gotten used to having such great shops and restaurants just outside my door. 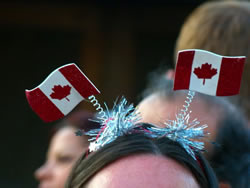 Tell us a bit about your own expat blog.
I have blogged since my first around the world trip in 1999. The first blogs were to keep my friends and family up to date with my adventures. About 2 years ago I stared blogging for a wider audience in mind and Bluenose Girl was borne.

How can you be contacted for further advice to future expats coming to your area?
Tweet me @YHZgirl. or email me at michelle{at}bluenosegirl{dot}com

Michelle has an expat blog called Bluenose Girl http://bluenosegirl.com/ which is very worthy of a visit. Bluenose Girl has an ExpatsBlog.com listing here which would love a nice review if you can spare a quick moment! If you liked this interview with Michelle, please also drop her a quick note below.

Those are great tips - especially number 3, what a great idea. And I totally agree - takes about 2 years to start to have a new social network (and it takes work!).