Repat Interview With Daniel - US Expat Teaching In Japan

Want to get involved? Become a Featured Expat and take our interview.
Become a Local Expert and contribute articles.
Get in touch today!
Filed: Interviews,Japan
After studying Japanese in college and spending a year abroad as an exchange student, Daniel Morales still wanted to work on his language skills, so he signed up to teach English on the JET Program. He spent three years in Nishiaizu, Fukushima Prefecture, a small town of 8000 people, teaching English in small school buildings tucked into the picturesque mountain village. He then moved to Tokyo, the big city, to work at a translation company for a couple years before moving back to the US to pursue his writing more seriously. Daniel blogs at How to Japanese(see listing here) 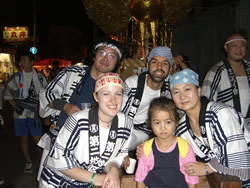 Here's the interview with Daniel...

Where are you originally from?
I was born and raised in New Orleans, Louisiana, by a couple of transplants to the area. Living in New Orleans is often like living in a foreign country, so I was kind of raised by expats, in a strange way. I'm a first generation native to the area.

In which country and city are you living now?
I'm currently attending grad school in New Orleans, but I lived off and on in Japan for about seven years, five of those consecutive after I graduated from college.

How long have you lived here and how long are you planning to stay? 4. Why did you move and what do you do?
When I moved to Japan, I knew I was going to stay a while. I went over as a teacher on the JET Program and had a feeling I would probably do three years teaching, which I did, and after that I moved to Tokyo to work at a translation company (as you know if you've read my entry in the writing contest). I thought I was there for the long haul, to be honest, but (as you also know from the essay) things happened, and I came home to write.

Did you bring family with you?
Nope. I was 24 years old and on my own. 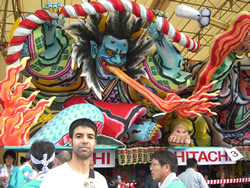 How did you find the transition to living in a foreign country?
I had been to Japan a couple times before my teaching stint, so I knew what I was in for. Still, it took a lot of patience to wait a month to buy a car in the countryside. The JET Program has a fantastic support system, so other than that the transition was super easy. There was an orientation conference in Tokyo and then another in the prefecture where I was living. They really took care of us.

Was it easy making friends and meeting people; do you mainly socialise with other expats?
Again, the JET Program provided an instant set of expat friends, which was great - all JETs are united by a common energy and enthusiasm, I think. At that point I had studied Japanese for five years and could speak a lot, so that helped me make Japanese friends in my town.

What are the best things to do in the area; anything to recommend to future expats?
If you're ever in the Japanese countryside, I would highly recommend buying a car. The roads are smooth and there are some beautiful drives to do. In Fukushima Prefecture, where I lived, there were also a lot of mountains for snowboarding and climbing and hot springs for soaking afterward. Everyone soaks in the nude, which might make some folks hesitant, but once you get used to it, the baths are marvelous. 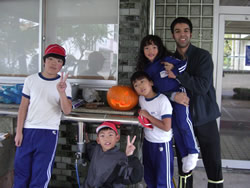 What do you enjoy most about living here?
It's safe and clean, and the food is great. I think other than the French, there are no people who enjoy food more than the Japanese. They truly relish in gourmet.

How does the cost of living compare to home?
It can be expensive in big cities, but the countryside will help keep the budget down. Also, the yen is very strong right now, so if you're earning yen, that gives you more purchasing power in your home country when you come back for a visit home.

What negatives, if any, are there to living here?
The countryside can be lonely at times, as can Tokyo. It can also be tempting to whinge about cultural differences, or "micro-aggressions" as they've recently been termed in the expat community.

If you could pick one piece of advice to anyone moving here, what would it be?
Go with the flow. Don't be too quick to insist; be patient and earn the trust of the locals, who will respect you for it and, in turn, give you the space you need. 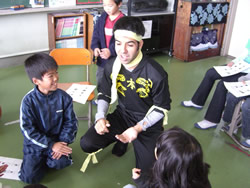 What has been the hardest aspect to your expat experience so far?
Teaching at elementary school. It took me a good six months before I had a grasp of the level the students were at and how to respond to them. At first I preferred teaching junior high, but the elementary school kids were so energetic and cute and unjaded that they won me over.

When you finally return home, how do you think you'll cope with repatriation?
The hardest part coming home was getting used to wearing shoes in the house. I had a lingering sense of unease whenever I did so. It's gotten better, but I still do Japanese style in my home and leave the shoes by the entrance. 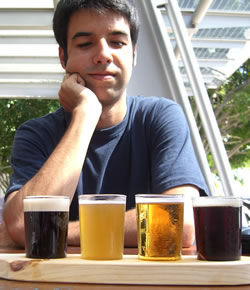 
Tell us a bit about your own expat blog.
I started writing How to Japanese after writing an article about Japanese grammar patterns for the prefectural newsletter. I'd been wanting to write a blog for a long time but never had enough to write about. After writing the article, I realized I'd stored up a lot of language tricks I could share with other teachers, so I started writing.

How can you be contacted for further advice to future expats coming to your area?
Check out the Contact (http://howtojaponese.com/contact/) page on my site or feel free to get in touch with me over Twitter at @howtojapanese. I love helping out applicants to the JET Program with their essays or anyone interested in translation or Japan in general, so holler at me, y'all!

Daniel blogs at http://howtojaponese.com/ which we recommend a quick visit if you haven't been already. How to Japanese has an ExpatsBlog.com listing here so add a review if you like! If you appreciated this interview with Daniel, please also drop him a quick comment below.