Want to get involved? Become a Featured Expat and take our interview.
Become a Local Expert and contribute articles.
Get in touch today!
Filed: Interviews,France
Youâd have to be crazy to quit a great job in San Francisco and leave all your friends to go burn through your savings, and live in a foreign country where you donât know a single soul, right? Thatâs exactly what Rebecca Brown did after a death in her family. Read about her adventures here, at the aptly title Parlez Vous Loco Dot Com (see listing here) 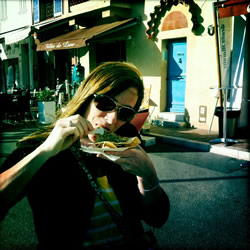 Here's the interview with Rebecca...

In which country and city are you living now?
Paris, France.

How long have you lived here and how long are you planning to stay?
Iâve been here since April 2012 and would love to stay forever but on a part-time basis, dividing my time equally between San Francisco and Paris. (A girl can dream, right?)

Why did you move and what do you do?
My mom died during on December 30, 2010 and as my brothers and I were cleaning out her house, I found some photos that I knew were taken of her when she was exactly my age at the time I was looking at the photos. I realized how quickly that time went by for her, and that basically thatâs how much time I have left, too â if Iâm lucky. I started thinking about what I wanted to look back on in my life when I was her age (75) and realized that I seemed to be waiting around for something â I have no idea what â to start crossing things off my life list. Living in Paris has been a dream since the first time I came here, when I was fourteen years old. I dreamed about it for years, but every time it came up, I just pushed it back down again because it never seemed possible or responsible. In 2011, I started hatching a plan to make it possible and stop being so freakinâ responsible. (Though I wouldnât call following your dreams irresponsible.)
Oh, and what do I do: Iâm a freelance writer right now, but I also came to Paris to write a book about my mom and how Iâm dealing with her death. My background is in advertising and online publishing. I used to be editor in chief of a digital womenâs magazine. 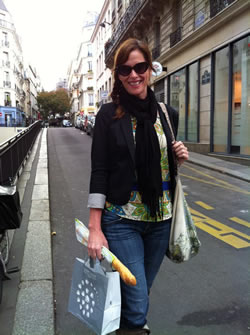 Did you bring family with you?
Nope, just me. Iâm a single lady on my own in Paris.

How did you find the transition to living in a foreign country?
I didnât know a single person in Paris when I moved here, so it was a little lonely at first, but I jumped into Meet-People mode right away. I started practicing my French with conversation exchange partners I met online and met some great people that way. I also asked all my friends to introduce me to anyone they knew in Paris, and I met some great friends through that, too.

Was it easy making friends and meeting people; do you mainly socialise with other expats?
Yes, meeting people was easy for the most part; finding friends you click with, though â thatâs the challenge anywhere, and Iâve been very lucky to have made some fantastic friends here.
If you want to live in a foreign country, you have to be prepared to work very hard at meeting people. At home, I had best friends and twelve yearsâ worth of casual friends and acquaintances I could call on if I wanted to do something. Here, I had no one at the beginning, so I was building a social circle from the ground up. Partially in English and partially in very shaky French, which was a huge challenge. My French has improved a lot since moving here, but Iâm still not confident about speaking it with actual French friends for some reason â French strangers canât get me to shut up. My American friends who visit think Iâm a French-speaking rock star, though, since most of them donât speak French. 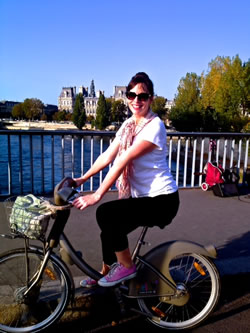 What are the best things to do in the area; anything to recommend to future expats?
I mean, itâs Paris â¦ there are about a million things to do here! I love eating out, but I keep myself on a budget so I can see more and stay longer, so my favorite thing is trying to find the best of the most affordable and quintessentially Parisian foods: the best baguette, the best macaron, the best croissant, the best foie gras, the best cocktail. I also love Velib; you really learn the city when you use it to get around, plus you can cover the city really quickly and see so much more. I make all my friends get a weekly Velib pass when they visit; every single person has raved about it and told me it was the best thing theyâve ever done on a vacation and definitely the best way to experience a city like Paris. Iâm very into midnight rides around the city and I highly recommend them. Paris is amazing at night.

What do you enjoy most about living here?
The history of everything blows my mind. I love the French culture and the slower, quieter pace compared to the U.S. And of course, I love the carbs, the pastries, the cheese, and the wine! I also love the people. Parisians and the French in general get a bad (and I think undeserved) rap for being rude. Paris is a city, and the people arenât that different than the people in New York, London, or any other big city. Theyâre in a hurry. If you come here and speak English, yeah, theyâre probably gonna be rude. If you try to speak their language, show them that youâre interested in learning about their culture (you are in their country, after all) youâll see that theyâre some of the kindest, loveliest, most generous people youâll ever meet. Yes, even in Paris.

How does the cost of living compare to home?
San Francisco just edged out New York for the honor of being the most expensive city in America. If you compare Paris to San Francisco by sheer numbers, itâs pretty similar. Once you convert the euro to the dollar, though, itâs pretty terrifying. So I basically added 30 to 35 percent to what I was already paying to live in the most expensive city in America. I didnât figure that conversion into my savings plan enough.

What negatives, if any, are there to living here?
The isolation from friends and family. Skype, Whatâs App, Gchat, Facebook â all those things are great for connecting, but they only go so far; they canât go have lunch with you on Saturday afternoon. 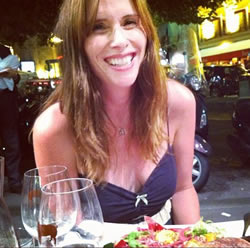 If you could pick one piece of advice to anyone moving here, what would it be?
Say yes to everything, every offer, every opportunity, no matter how unappealing it might sound to you. You never know where it will take you or who youâll meet along the way.

What has been the hardest aspect to your expat experience so far?
The isolation from family and friends.

When you finally return home, how do you think you'll cope with repatriation?
Probably with copious amounts of French wine and a lot of bad baguette, macaron, and croissant imposters. 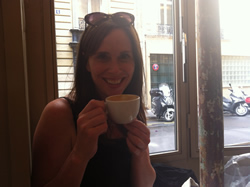 Tell us a bit about your own expat blog.
If I had a euro for every person who told me how brave I was to quit a great job in a beautiful city where I had tons of friends, and a full life, Iâd probably never work again. I decided I wanted to share my experience because most people probably wonât get to do what Iâm doing: spouses, kids, jobs, etc., make it impossible. I think my mom would get such a kick out of what Iâm doing, so I try to experience every day and write every post with the wonder and gratitude that I feel - and that I know sheâd feel, too.

How can you be contacted for further advice to future expats coming to your area?
parlezvousloco{at}gmail{dot}com

Rebecca blogs at http://parlezvousloco.com/ which we recommend a quick visit if you haven't been already. Parlezvouslocodotcom has an ExpatsBlog.com listing here so add a review if you like! If you appreciated this interview with Rebecca, please also drop her a quick comment below.

What a heartfelt and heartwarming interview. Thank you for sharing you experiences and insights with us.