Want to get involved? Become a Featured Expat and take our interview.
Become a Local Expert and contribute articles.
Get in touch today!
Filed: Interviews,England
By background, Muriel Jacques is an Engineer. She used to be able drive trains and her specialty was Signalling (you know, the stuff that always fails on the railways). She is French-born, and it is fair to say that until recently she was a pure French product: she had been to the right schools and universities, and was pretty much brought up to climb the corporate ladder. Oh, and she could barely speak English - let alone write it, because German was her first foreign language (donât ask, it is a French thing). But, in 2004, she had to go out of my comfort zone: to cut a long story short, her husband was offered a job in London. Basically, she had two options: change husband, or change job. She chose the latter and it was the start of new adventure! Muriel blogs at 40 blog Spot (see listing here) 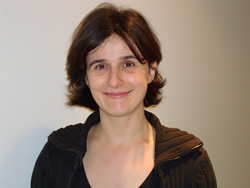 Here's the interview with Muriel...

Where are you originally from?
I am French and I had been living in France fore the first 32 years of my life before having to follow my husband in London.

In which country and city are you living now?
We are living right in the centre of London, in the UK. London is a big city but we are living in a small street and we know our neighbours. It has a very villagey feel.

How long have you lived here and how long are you planning to stay?
We arrived 8 years ago. Because my husband's company was on the verge of insolvency, we didn't know how long we were going to stay. Well, we are still here!

Why did you move and what do you do?
I moved to follow my husband who had had a job offer he couldn't refuse in London. I managed to get hired by a leading British Transport company but, as a woman with a French accent, I wasnât being taken seriously at all. I have lost count of the âDo I know you from somewhere?â comments. My notes were constantly edited to make them âOxbridge-compliantâ . So, after a while, I decided to start my own business in parallel. It was about the development and management of commercial properties, mainly to maintain and store boats âI just saw an opportunity and grabbed it when I bought some cheap land close to the coast. I am now doing this full time now and I have never looked back! 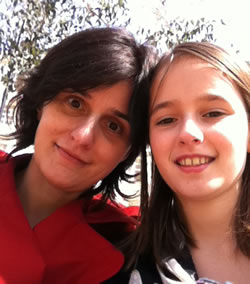 Did you bring family with you?
We brought our 3-year-old daughter with me. She couldn't speak a word of English and the first weeks at the British nursery were a challenge: she didn't understand a thing and had terrible nightmares. My younger daughter was born in London, and doesn't like to be reminded that she is French. Both are bilingual now and they correct my bad accent "Gloooooooves, Mum, Glooooves". I hate it.

How did you find the transition to living in a foreign country?
Moving to London was a catalyst for me: it accelerated necessary changes in my life. I wasn't cut out for a 9 to 5 job and I am much happier with my own business. For some reason, I discovered this in London. The transition was very smooth in general, which made the occasional difficulties look bigger than they were!

Was it easy making friends and meeting people; do you mainly socialise with other expats?
London is very international and it is easy to make friends and meet people. I especially like the solidarity between mums -we call each other all the time to help each other out, which feels nice. My friends are from all sorts of nationalities, and, in general, I tend not to mingle with the French expats. 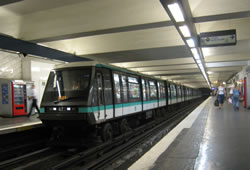 What are the best things to do in the area; anything to recommend to future expats?
You simply can not get bored in London. I especially like walking around central London and the Camden Town market where you can find bargains and new designers' creations.

What do you enjoy most about living here?
I enjoy the fact that I feel less judged. Over here, you can do your shopping in your PJs, and nobody will bat an eyelid. It find it liberating!

How does the cost of living compare to home?
London is more expensive but you can also earn a lot more over here. It is also easier to make friends, and for instance we take turns to babysit each other's kids, which makes our lives easier and doesn't cost a penny. But in general, it is all about 'work more, earn more'. 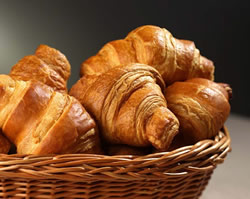 What negatives, if any, are there to living here?
I sometimes miss the freshness of the food. It is not unusual to be sold a croissant baked the day before. Shocking!

If you could pick one piece of advice to anyone moving here, what would it be?
Be flexible! There are opportunities everywhere if you stop comparing everything with your home country!

What has been the hardest aspect to your expat experience so far?
The hardest aspect is to be constantly teased for my French accent. Apparently it is incredibly sexy, but first of all it is not my fault and people are less inclined to take me seriously. 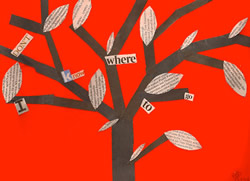 When you finally return home, how do you think you'll cope with repatriation?
I don't know where home is any more. I am now waiting to get my British passport!


Tell us a bit about your own expat blog.
What I love about my business is that it gives me the time and flexibility to take care of my family and explore other sides of my personality, such as writing. I started my blog as a new yearâs resolution. It became addictive. I had 15,000 hits last month. I couldnât believe that my thoughts and worries could be of any interest. I was clearly wrong. I blog about what it feels like to be French in London, the cultural differences and similarities. My blog is supposed to be light-hearted and funny. Enough of the doom and gloom!

How can you be contacted for further advice to future expats coming to your area?
The easiest way is Twitter @FrenchYumMummy

Muriel blogs at http://www.frenchyummymummy.com/ which we recommend a quick visit if you haven't been already. 40 blog Spot has an ExpatsBlog.com listing here so add a review if you like! If you appreciated this interview with Muriel, please also drop her a quick comment below.

Comments » There are 6 comments

Thank you so much for interviewing me! It is a pleasure to be part of this community.

You're welcome Muriel! Thanks for a great interview :)

Brilliant interview that confirms her great sense of humour and get stuck in attitude... Proper Sweatheart

It's great to find out more about Muriel. I follow her blog avidly as it's an entertaining and intelligent read.

Muriel, I really enjoy reading your anecdotes of everyday life in London, which are written with a sharp sense of humour. Look forward to reading more of them!

To those of us tired of London Muriel wakes us up in looking at it all again. Her blog is fresher than a swim in the Serpentine in Winter but lots more fun. A French person with a sense of humour - want an iconoclast!