Want to get involved? Become a Featured Expat and take our interview.
Become a Local Expert and contribute articles.
Get in touch today!
Filed: Interviews,Korea South
Originally from Michigan, Amanda Slavinsky has been an on and off expat since 2009. After graduating from the University of Michigan she moved to Rome where she spent time working as an au pair, and after a few months back in the US, she moved to Seoul to teach English. Amanda has a case of farsickness- she always wanted to be far away- and loves living abroad, traveling, and trying as many new dishes as possible. Amanda blogs at Farsickness Blog (see listing here) 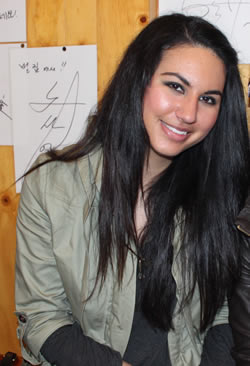 Where are you originally from?
I am from Michigan, USA.

In which country and city are you living now?
I currently live in Seoul, South Korea.

How long have you lived here and how long are you planning to stay?
I have lived here for almost two years, and will be leaving when my current teaching contract ends in March. It's been a good two years in Korea, but I'm read to move on to my next country.

Why did you move and what do you do?
I had been living in the US for almost a year after a year in Rome, and started to get itchy feet. A friend of mine had recently moved to Korea to teach, and I decided to follow suit.

Did you bring family with you?
No, just me! 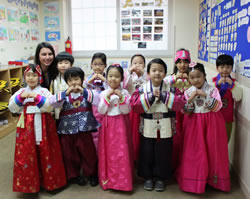 How did you find the transition to living in a foreign country?
Making the transition was fairly easy. My school found me an apartment and dealt with a lot of the paperwork, so all I had to do was get over some cultural differences. Even though I speak very little Korean, I've found that living in Korea is incredibly easy. Koreans love convenience and it's apparent in everyday life.

Was it easy making friends and meeting people; do you mainly socialise with other expats?
I was very lucky and became friends with a lot of the other foreign teachers at my first school. Because of my initial friend group, I do tend to hang out with other expats. Seoul is a huge city, and there are a ton of groups and activities that cater to every interest or promote language and cultural exchange.

What are the best things to do in the area; anything to recommend to future expats?
Seoul is a fun place to live because there is always something going on and the city is so large that there is always another neighborhood to explore. Samcheong-dong is a nice place to grab a coffee and people watch, Itaewon has fabulous foreign restaurants, and Bukhansan is nice for a hike and view of the city.

What do you enjoy most about living here?
It's hard to name just one thing. Great food, friendly people, convenient lifestyle. Korea is a great place to live as an expat. 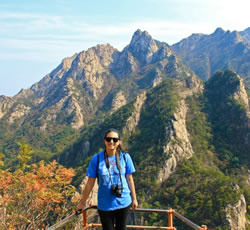 How does the cost of living compare to home?
Generally, I find things to either be on par with home or cheaper. Seoul is definitely much less expensive than major cities in the United States. I pay much less for internet, my cell phone bill, and Korean meals than I would at home. But foreign products- food and otherwise- will start to make your expenses increase quickly.

What negatives, if any, are there to living here?
Nothing huge, but people can be very pushy. It takes some getting used to and still, on some days, drives me crazy.

If you could pick one piece of advice to anyone moving here, what would it be?
Have an open mind. A lot of things are done differently in Korea, and the workplace culture, especially, is very different, but it doesn't mean it is wrong.

What has been the hardest aspect to your expat experience so far?
The hardest aspect has been missing out on important events back home. One of my best friends got married last fall, and it was absolutely heartbreaking to miss it. 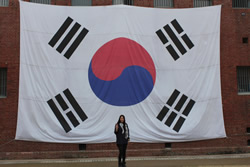 When you finally return home, how do you think you'll cope with repatriation?
When I moved back to the US after living in Rome, it was extremely difficult. I think the best way to cope is to go back with a firm plan in place. I want to have a job lined up in a city I'm excited about- preferably one with a lot of Korean restaurants!


Tell us a bit about your own expat blog.
I started Farsickness last year as a way to share stories about my life as an expat and my travels. It's a bit of combination of narratives and advice with an aim of being both helpful, entertaining, and inspiring. 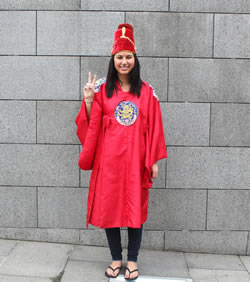 How can you be contacted for further advice to future expats coming to your area?
Visit my blog and fill out the contact form, send me a message on Facebook, or reach out to me on Twitter @farsickness.

Amanda blogs at http://farsicknessblog.com/ which we recommend a quick visit if you haven't been already. Farsickness Blog has an ExpatsBlog.com listing here so add a review if you like! If you appreciated this interview with Amanda, please also drop her a quick comment below.