Want to get involved? Become a Featured Expat and take our interview.
Become a Local Expert and contribute articles.
Get in touch today!
Filed: Interviews,China
Simon is a recent French and Spanish graduate from the UK, teaching English in China for a year, before settling into a 'proper' career, as he says. Whilst freely admitting that his blog hits the ubertrivial in many of his posts, he attempts to provide a fun-loving account of everyday Chinese life, whilst also providing some sort of insight from time to time... Simon's expat blog is called Crashing A Bike In China (see listing here) 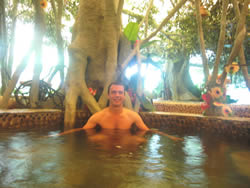 Here's the interview with Simon...

In which country and city are you living now?
In August 2013, I upped sticks after graduating for Changchun in Northeastern China.

How long have you lived in China and how long are you planning to stay, teaching in China?
I've only been here for two months and I am contracted for a full calendar year.

Why did you move to China and what do you do?
I felt that there are plenty of exciting places in the world, but China remains a grand unknown to me. I think my naivety probably comes across in the blog sometimes! I want to really connect and understand China, developing skills to last a lifetime- mandarin being a biggie. As I'm young, why not...? 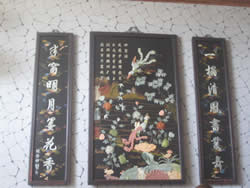 A step back into 'real' China.
Did you bring family with you?
No, my parents didn't really fancy the move But Skype is just a few clicks away!

How did you find the transition to living in a foreign country?
After living in Spain for a year, I thought I would fit in quite quickly. However, 2 months down the line and everyday can still be a head-turner. No doubt that it's great fun though.

Was it easy making friends and meeting people; do you mainly socialise with other expats?
Meeting new people, and particularly expats, was surprisingly easy here, but then it's a city of 8 million and 10,000 or so foreigners! I still need to pluck up the courage to break out my limited mandarin with the locals. That said, I'm strapping on my goggles and blowing up my armbands ready to jump in very soon with the local community.

What are the best things to do in the area; anything to recommend to future expats?
It's quite curious how much diversity and culture can be accumulated in a relatively short space of time. To be so 'close' to two such diverse boarders in North Korea and Russia is a real blessing. The impact of the Japanese invasion leaves an often sour undertone to Chino-Japanese relations, a feature of the blog. Also, to have had the Last Emperor of China in town really re-emphasises Changchun's historical significance. The Manchu Palace of the Puppet Government is a must!

A tongue-in-cheek look at money in China.
What do you enjoy most about living here?
I enjoy the food here, there's a real wealth of great food in China, but particularly the North provides a full compliment of dishes everywhere you look. Not only the excellence, but the portion sizes can be a test of endurance more than a gastronomic experience or merely 'fuel for the engine'. To over-eat, or not to over-eat is often the question.

How does the cost of living in China compare to the UK?
Another feature of the blog is the cost of living, how many things prove to be unrecognisably cheap compared to the UK. On the other hand, I also look at how China is beginning to bridge the gap, especially with the rise of the middle classes, with a far greater amount of disposable income.

What negatives, if any, are there to living in China?
Not being able to communicate with large sections of the community, through not being able to speak Mandarin is often difficult. It's essential to brush up your international body language beafore arriving in China.

If you could pick one piece of advice to anyone moving hto China, what would it be?
Throw yourself into everything... With such a vast amount of exciting possibilites here, it seems silly not to take them. 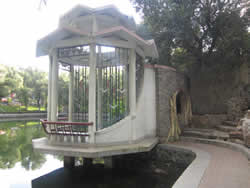 Finding unrivalled serenity in Changchun's parks.
What has been the hardest aspect to your expat experience so far?
Moving away from my family and friends, without having any realistic possibility of going home is tough, but I've been lucky to meet a lot of new people which helps no end.

When you finally return home, how do you think you'll cope with repatriation?
Haha, of course. I think I'll be able to deal with any sort of 'abnormal' situation in the UK after this! 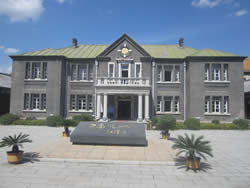 The Manchu Palace of Puyi- the Last Emperor of China.
Tell us a bit about your own expat blog.
Crashingabikeinchina is a more light-hearted look into China and chinese life. I noticed that there was a lot written in the media already about China, but it was all doom and gloom, high-profile and didn't reach out of Beijing and Shanghai (save for disasters). My blog attempts to present an altogether more interesting look at everyday China, and how Average Joe and Josephinas are affected by the political and economical developments around them. It also charters my own discovery of the country, as I myself knew very little before arriving. If you enjoy reading it as much as I enjoy writing it, then I'll be delighted.

How can you be contacted for further advice to future expats coming to your area?
Have a look at the blog's Facebook page, Crashing A Bike. You can email me there, or have a look at my photos which paint a better picture of some of my adventures.

Simon is a British expat living in China. Blog description: Hi all, This will be my blog for the next year in China and first of all I'd like to say how humbled I am for taking an interest in my travels, emotional. For those who have this as fresh information, and know nothing of