Want to get involved? Become a Featured Expat and take our interview.
Become a Local Expert and contribute articles.
Get in touch today!
Filed: Interviews,USA
Sharon is an expat from just outside London who's been living in the United States for about 20 years. She came to America with her two children who have grown up "Yank." She now lives and works in Southern California where she has a crazy dog, American fiancÃ© and a Harley Davidson. Sharon's expat blog is called A Brit Abroad (see listing here) 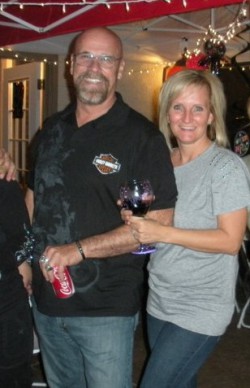 Sharon and her American Fiance

Here's the interview with Sharon...

Where are you originally from?
I grew up in England in a small town called Caterham, in Surrey. When asked, I usually say I'm from London as nobody's ever heard of Caterham.

In which country and city are you living now?
I live in Riverside, a city about 60 miles east of Los Angeles, California. It's bigger than where I grew up, but nothing like LA.

How long have you lived in USA and how long are you planning to stay?
I've been in the United States for just about 20 years. It looks like I am here for the long haul as I have no plans to leave just yet. I am engaged to an American and he has never been to England, so I don't think he would just up and move back with me! 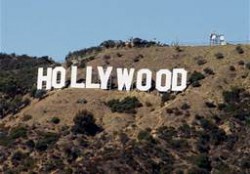 Iconic Hollywood
Why did you move to USA and what do you do?
I will admit it wasn't my choice to move here. The financial climate in England 20 years ago made it very prohibitive to enjoy life. My ex-husband decided we should move to America as my dad had been living in California for a long time and would be able to sponsor us. I am currently working in the legal field, something I also did in England.

Did you bring family with you?
My children were aged 7 and 2 when we moved. My son went straight into third grade, but was far ahead of everyone in his class. He was a little upset for a while, but he made friends easily. My daughter was so young, she never really knew England.

How did you find the transition to living in a foreign country?
It was very hard to adjust at first. Of course, we were living in the desert of California which was so very different to England. Once we settled and got our own home, it was easier to get used to things. We muddled through the first six or seven months, but when my son started school he actually helped us to understand the way of life. Children adapt better than adults, I think.

Was it easy making friends and meeting people; do you mainly socialise with other expats?
In the beginning most of our new friends were expats whom we met when my ex-husband joined a football (soccer) team. It was a life-saver. As we got to know more of them, they introduced us to their American friends and we went from there. Obviously, meeting other parents at the school helped too. 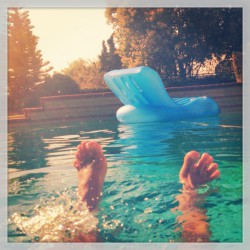 How to spend summer evenings
What are the best things to do in the area; anything to recommend to future expats?
Everyone knows Los Angeles (which is about 45 minutes from me). Disneyland is a must, as is Universal Studios. But there is also Palm Springs which is about 45 minutes from here into the desert. They hold a film festival every year and there is an eclectic downtown with shops, bars, restaurants and even an English Pub, but it gets extremely hot out there. The mountains are also close so you can ski in the winter.

What do you enjoy most about living in USA?
I really like the weather. I know its a standard British response, but you can't get enough sun! Where I actually live, we are about 45 minutes in all directions to either the beach, the mountains or the desert. You can really do anything you want. In the summer, I can come home fromt work and float in the pool for a couple of hours. Pure bliss!

How does the cost of living in USA compare to home?
When I first moved, it felt as though our money went further than in England. Over the years though it seems like the cost of living has increased, but I still don't think it is as high as in England. When you do the exchange rate and realize a gallon of petrol would be $10, it seems like we are getting a great deal. 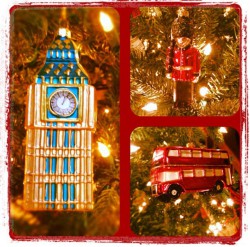 You can always have a little bit of home
What negatives, if any, are there to living in USA?
Traffic, traffic and more traffic. My commute every morning is only 17 miles but it can take me up to a hour. If there's an accident on the freeway, forget it!
Medical insurance is also a big drawback. If you don't work for a company that provides medical insurance, it's extremely expensive to obtain.

If you could pick one piece of advice to anyone moving to USA, what would it be?
Make sure you have enough money to carry you over for at least six months to a year. Credit is a catch 22. When you need to buy something large such as furniture you need credit, but the only way you can get credit is to buy something! Confused? If you find someone who can co-sign for you and you can actually get credit, you will be subject to a huge interest rate.

What has been the hardest aspect to your expat experience so far?
Moving away from family and friends. Back in 1994 there was no internet and Skype was a thing of science fiction films. It was very hard to keep in touch, but now with all this technology, I can speak to my family every day.

When you finally return home, how do you think you'll cope with repatriation?
I don't have any current plans to return home, although I do daydream about it regularly. I have been here so long that I feel I don't really belong in England any more. Everything has changed and moved forward over there and I'm a little scared that I will feel like a foreigner in my own country if I ever move back. 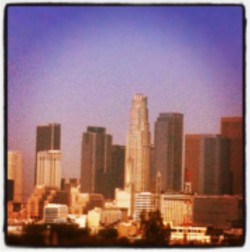 Downtown Los Angeles
What are your top 5 expat tips for anyone following in your footsteps? Tell us a bit about your own expat blog.
My blog is about my experience in America from the language barrier to driving on the wrong side of the road. There is a lot of humour to be had at the expense of the USA and I intend to find it all. I also reminisce about when I lived in England and what's different here.

How can you be contacted for further advice to future expats coming to your area?
facebook.com/thegobbybrit

Sharon is a British expat living in USA. Blog description: I'm a 20 year expat from England currently living in California where I work and play. I have been called opinionated, rude and basically a gobby cow! This blog is rants, raves and comedy that Americans just don't get!