Want to get involved? Become a Featured Expat and take our interview.
Become a Local Expert and contribute articles.
Get in touch today!
Filed: Interviews,England
Ginny is a freelance writer from the States who currently lives in rural Kent. She fell in love with England on her first visit in 1988, as a college freshman, and kept saving her pennies to make return visits. In 1995, after completing her MA, she made her 3rd return visit on a BUNAC (British Universities North American Club) visa, and met her future husband. 18 years, two trans-Atlantic moves and two children later, they're back in the UK, for better or worse. She blogs about her experiences at Expatrimummy. Ginny's expat blog is called expatrimummy (see listing here)

Here's the interview with Ginny...

Where are you originally from?
I grew up in southeastern Pennsylvania--Amish country--moved to northern Virginia for grad school in my early 20s, then to Kent, UK, where I met my husband. A year after our marriage, due to a company transfer, we moved to Cleveland, Ohio, where we lived for 13 years.

In which country and city are you living now?
I currently live outside of Maidstone, Kent.

How long have you lived in England and how long are you planning to stay?
I've been here for 3.5 years--and plan to stay indefinitely. 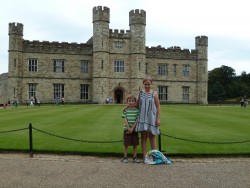 We live on a farm in a renovated 17th-century barn.
Why did you move to England and what do you do?
My husband is British and our children are dual citizens--we always intended to move to the UK while they were still young, and so we did. Our children were 6 and 10 when we moved. I'm a freelance writer and my husband works in the consulting industry in London.

Did you bring family with you?
My husband and our children.

How did you find the transition to living in a foreign country?
Harder than I thought! We were married in England and lived here for just over a year before a corporate transfer took us to Ohio. It was harder for all of us to transition to life here than we thought it would be, in part because of cultural differences, difficulties with getting our children into local schools, and some natural reticence of Brits to welcome newcomers. We've visited England regularly over the years to see my husband's family, so there weren't many surprises otherwise.

Was it easy making friends and meeting people; do you mainly socialise with other expats?
It's been very difficult. There aren't many expats in our area and potential new friends all had their established groups and newcomers don't always feel particularly welcome. It took about two years for all of us to feel we had a few friendships established. 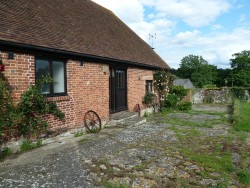 What are the best things to do in the area; anything to recommend to future expats?
Leeds Castle is a gem--a beautiful moated castle, gorgeous grounds, excellent children's outdoor play area. It's a great day out. There are lots of paths to hike in the local area, particularly along the PIlgrim's Way--and look out for traditional pubs along the way, like The Dirty Habit in Hollingbourne and The Black Horse in Thurnham. Canterbury is a lovely city combining the medieval and modern, and Dover is a fairly close, interesting day out.

What do you enjoy most about living in England?
It's a beautiful country, especially when the sun shines. I love the history that can be found everywhere in England, and all the literary ties: Wordsworth, Dickens, Austen, Chaucer, C.S. Lewis. I like living so close to Ashford and Dover, with easy access to the Channel Tunnel and ferries to France, as well as the easy train links to London.

How does the cost of living in England compare to home?
In general, it's probably 3 to 4 times more expensive--and even though we were prepared for that, it still takes adjusting to.

What negatives, if any, are there to living in England?
Cost of living, especially a lack of affordable housing. England is very London-centric and it can be hard to find professional jobs outside of that city--but it very much depends on the industry you're looking for employment in.

If you could pick one piece of advice to anyone moving to England, what would it be?
Scout out schools, jobs and places to live well in advance of a move: it might be more expensive than you think to find housing here, and schools that are highly rated by the government agency Ofsted will be over-subscribed. You may find your children don't get into your local school and you may end up having to drive them several miles to school. Really research everything you can and visit several areas before you decide where you want to live, if possible.

What has been the hardest aspect to your expat experience so far?
We were warned prior to our move that getting our children into the local schools would be difficult, but it was even harder than we anticipated. Good schools don't have extra room for new students, and we really struggled to get our son into the local school. I spent a year driving 12 miles a day to get him to a school we didn't like. We had similar problems when trying to get our daughter into secondary school, though at that point we had been "in the system" for a year. It all worked out in the end, but it was a very stressful process.

When you finally return home, how do you think you'll cope with repatriation?
I'm not sure we will be returning home. I've definitely had my moments of wanting to pack it all in and go back, especially as the economic climate in Ohio has meant we've not been able to sell our house there. It looks like we might be selling it in the next few months, and that may help us to feel more settled here, as well as able to buy a home of our own, finally. Having a foot in both worlds is very tricky.

What are your top 5 expat tips for anyone following in your footsteps? Tell us a bit about your own expat blog.
I write about moving from Ohio to the UK, quirky British foods, traditions, and people, and travel with a family. I don't hold back on the doubts and negatives, but I try to balance it with the things I love about the British and my adopted country.

How can you be contacted for further advice to future expats coming to your area?
Contact me via my blog, Expatrimummy.

Ginny is an American expat living in England. Blog description: One family's journey from life in the States to life across the pond