Want to get involved? Become a Featured Expat and take our interview.
Become a Local Expert and contribute articles.
Get in touch today!
Filed: Interviews,Singapore
In April of 2015 Kate moved from the US to Singapore to take on a regional role with her company. She's a mid-level manager (roughly 14 years into her career) and has a permanent case of wanderlust. She takes time to travel frequently, but also writes about managing a local team, working across the Asia Pacific Region and life as an expat in Asia. Kate's expat blog is called The Curly Wanderer (see listing here)

Here's the interview with Kate...

Where are you originally from?
The United States

In which country and city are you living now?
Singapore, soon to be Bangkok

How long have you lived in Singapore and how long are you planning to stay?
One year in Singapore. Upwards of five years total in Asia but perhaps forever as an expatriate. 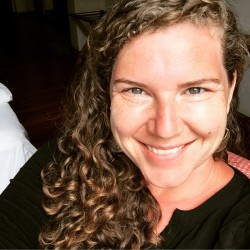 Did you bring family with you?
No. I actually moved to Asia as a single-woman. I had a difficult time finding a lot of information on solo female expatriates (although there seem to be many wonderful solo woman travelers who inspire me) so I wanted to write on travel but also on the office and professional culture/life outside of the US.

How did you find the transition to living in a foreign country?
Singapore is a very easy landing coming from the US. I had a few people tell me before I moved that "if I can't make it in Singapore I can't make it anywhere," which was a bit intimidating. But it's a lovely city and has an incredible community of helpful expats, so I understand the easy transition they were trying to convey. Leaving the US was actually harder than getting sorted out in Singapore.

Was it easy making friends and meeting people; do you mainly socialise with other expats?
The expat community in Singapore is incredible. I've had expats whom I've met on the street just for a few moments send me texts with photos of furniture shops they think I might like or reply with detailed restaurant recommendations when I was in a bind to take a visiting coworker to dinner. And everyone I've reached out to has always been willing to meet for a drink or lunch. Most of my friends outside work are second or third degree connections from back in the US (I sent out a call on social media before I moved.) At the office - my other largest group of friends - are a mix of locals and expatriates. 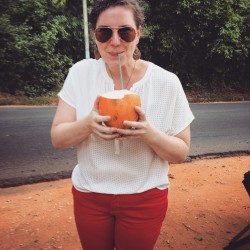 Always wanderlust
What are the best things to do in the area; anything to recommend to future expats?
The three main pastimes in Singapore are 1) food, 2) shopping and 3) travel. I'm not much of a shopper but Orchard Road is pretty much a shopping paradise. I would definitely encourage people to try out hawker centers (just stand in any line that's forming and try whatever's made, that's the best way to get started.) Hawker centers have health ratings posted, so if you're not used to street food or food stalls, stick with the ones rated A for a while (which won't limit your options much.) I also love Tiong Bahru. It's a lovely area filled with cafes, unique bookstores, one of the best wet markets in the city and a massive hawker center.

What do you enjoy most about living in Singapore?
Travel opportunities are high up on the list, there's no domestic terminal at the airport, so everything is international. Apart from that, I love how easy it is logistically. Because of the relatively low cost of labor, things like housekeepers and delivery services for everything from groceries to dry cleaning are all relatively reasonable.

How does the cost of living in Singapore compare to home?
I moved from Atlanta, one of the most affordable large cities in the US, so the Singapore prices are more than a bit shocking. Rent is quite high, as are vehicles and alcohol. Anything foreign made and branded (ice cream, wine, common chips, etc) will all be quite high. If you're willing to shop at wet markets and eat more local dishes when out though, food isn't too expensive. So it really matters more of what you eat when creating that budget. 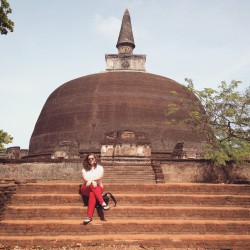 What negatives, if any, are there to living in Singapore?
I desperately miss seasons. I grew up my entire life with four seasons and while I hate to be cold, Autumn and the general changing of seasons is something I've always enjoyed. Singapore tends to feel a bit timeless because the weather never changes, ever. From a workplace perspective, Asian cultures can be challenging for someone with a Western, especially an American, background. Subtlety, discipline, and consensus are incredibly important factors and it can be very frustrating to navigate at first.

If you could pick one piece of advice to anyone moving to Singapore, what would it be?
Fear is never a good enough reason to say 'no' to something. Singapore wasn't my top choice for a destination and moving to the opposite side of the world, alone, away from friends and family was definitely intimidating. And I'm generally an adventurous person. But I've learned to keep my fear in check when presented with opportunities and it's worked out very well.

What has been the hardest aspect to your expat experience so far?
Homesickness. I've had to do holidays alone here in Singapore and it's just a bit strange for example to be working in the office on Thanksgiving, a major US holiday, and have no one around you even realize it's a special day. It's even harder to be so far from family then. Luckily, my team took me out that night for a traditional Thanksgiving dinner they found through research, so I ended up having a lovely time. There are also many, many orphan's holiday dinners and groups so there's no reason to be alone.

When you finally return home, how do you think you'll cope with repatriation?
At this point I love living outside of the US so much that I'm not sure I want to ever repatriate. If I do, I think I'll need to stick to larger multi-cultural cities and maybe I'll make the change when I enter a different phase of my life. I think it helps to have multiple big shifts happening at once so that I can fashion a new life rather than feel as though I'm going back to something that may no longer fit quite right.

What are your top 5 expat tips for anyone following in your footsteps? Tell us a bit about your own expat blog.
While in the hotel during my move I started the blog to help me feel less lonely, then promptly abandoned it for nearly 9 months. But towards the end of the year I pulled together stories and photos from my travels so I could share with my grandmothers who aren't on computers or social media. I enjoyed the creative work so much that I fired the blog back up. Half of the blog is stories about my travels in the area or life as an expat-single-career-woman. The other half is my photography work, so my blog is very visual.

How can you be contacted for further advice to future expats coming to your area?
Leave comments on the blog or tweet me