British Expat In The Netherlands - Expat Interview With Amanda

Want to get involved? Become a Featured Expat and take our interview.
Become a Local Expert and contribute articles.
Get in touch today!
Filed: Interviews,Netherlands
Amanda van Mulligen sold her flat, packed up her belongings into a borrowed Dutch police trailer and headed across the North Sea on a ferry to be with her Dutch partner in 2000. After a few months living with her future mother-in-law in Voorschoten she became the joint owner of a new home in The Hague and promptly moved to Zoetermeer which has been home for a decade. In 2007, Amanda became a mother for the first time, got married and after seven years in Human Resources with a Dutch multinational made a dream career change and started writing for a living. She is now an expat writer and a mother to three boys five and under. She blogs about expat life in the Netherlands (see listing here), and about the challenges and joys of parenting as an expat (see listing here). 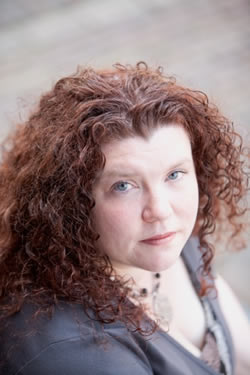 Where are you originally from?
I was born in Reading, England but last lived in Watford in Hertfordshire before I moved overseas

In which country and city are you living now?
I live in Zoetermeer in the Netherlands, about 20km outside the Hague.

How long have you lived here and how long are you planning to stay?
I moved to the Netherlands in 2000 and I have no plans to leave any time soon. Iâll certainly be here for the next five years and after that it will be dependent on my husbandâs job. I am more than happy to stay for the long term in the Netherlands.

Why did you move and what do you do?
I met a Dutchman online. A month after we had met (virtually that is) British Telecom called me to enquire about unusual activity on my telephone line which had resulted in sudden sky high telephone and internet charges. The long distance relationship was already incredibly expensive, as well as frustrating. When I lost my job that summer it seemed like the perfect opportunity to pack up and move to the Netherlands. It was easier for me to continue my career in Human Resources in the Netherlands than for my partner to try and continue his in the UK.
In 2007, I swapped HR for a writing career and in 2008 I set up The Writing Well. 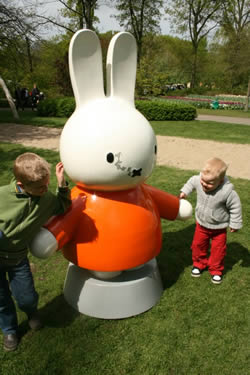 Did you bring family with you?
No I came over alone. In 2007 my partner and I married and over the space of twelve years weâve made our own family with three little boys all born here in the Netherlands. All three sons have both Dutch and British nationality and parenting as an expat is both thrilling and challenging â the very reason I started blogging about expat parenting (Expat Life with a Double Buggy)

How did you find the transition to living in a foreign country?
Transitioning to life in the Netherlands wasnât as easy as some may think, given that it is a hop, skip and a jump from where I was born in England. I couldnât speak a word of Dutch when I first met my husband, but I did start trying to learn the basics before I left England. Before I came here to live I had spent a weekend in Amsterdam and had one visit to my future husband. I didnât really know what to expect from Dutch life, but luckily I had the support of my partner and his family who helped get me settled with everything from the bureaucratic immigration process to finding a job and discovering what a frikandel was. Everything was different and the language was a real problem â without it I couldnât read road signs, newspapers, understand TV and radio, or communicate properly with the neighbours or even my in-laws properly. The cycling culture, the food, daily shopping in small supermarkets, the absence of some familiar groceries â they were all little things that made life feel weird. I went through a very typical culture shock curve and it took a number of years to feel confident enough to act like I belonged here. Itâs now home for sure. 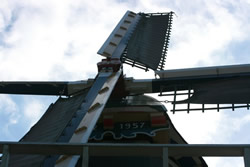 Was it easy making friends and meeting people; do you mainly socialise with other expats?
I had a job in an international environment within a month or two of arriving in the Netherlands. That really helped put me in touch with people, both Dutch and expats. When we moved to Zoetermeer I got in contact with a few expats in the area but I now mainly socialise with local Dutch people. The expats I do know here tend to be âliving as localsâ as I am i.e. we speak Dutch, our kids got to Dutch schools, we have Dutch partners, we are here for the long term etc. The Dutch are notoriously hard to befriend if you listen to other expats here. They are very family orientated and private so meeting people in the workplace for example is not easy. Having school going children opened up a lot of doors as far as social contact with Dutch people goes.

What are the best things to do in the area; anything to recommend to future expats?
The Netherlands is small enough that everything is relatively close by. One of the best investments you can make once you are here is a bike so you can take off on one of the numerous cycle paths and explore. Towns like Gouda, Leiden and Delft are very pretty and so it pays to stray from the well known bigger cities like The Hague and Amsterdam. 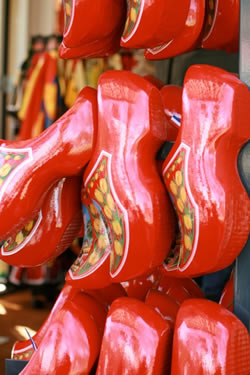 What do you enjoy most about living here?
Quality of life is good and I love the emphasis put on family. It is acceptable to balance home and work and not be penalized for wanting to spend time with your children. I also love the fact that everything is close by â other countries, nature, attractions, entertainment â itâs all accessible here, and varied.

What negatives, if any, are there to living here?
I get very frustrated with customer service, or I should more accurately say the lack of it. Basic customer care has to be fought for! But if that is the only negative then I guess I have little to complain about!

If you could pick one piece of advice to anyone moving here, what would it be?
Research before you make the move. Get on the internet and talk to people in the area you are moving to so that you can manage your expectations and ensure that you know what you need to do when you move here. And a bonus but very important tip: learn Dutch.

What has been the hardest aspect to your expat experience so far?
That is absolutely, definitely, without a doubt the fact that my family and the friends I left behind are no longer on my doorstep. That became even harder once we had children because I would so love for the children to be able to see their grandparents and relatives more than they do. 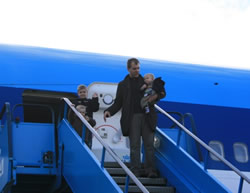 If you were to finally return home, how do you think you'd cope with repatriation?
I think I would struggle with a move back to England on some levels. When I go back fro a visit now it doesnât feel like my home anymore. It feels like I no longer belong there so if we were to move back it would take some adapting for sure â and for my kids it would be a culture shock.

What are your top 5 expat tips for anyone following in your footsteps?
1. Learn Dutch
2. Get online before you move and meet people you can meet up with once you move â ask advice and gather information
3. Donât underestimate the culture shock you will go through â understand how you will feel before you feel it
4. Get a bike
5. Explore and enjoy your new home

Tell us a bit about your own expat blog.
I have two blogs. A Letter from the Netherlands is about expat life in the Netherlands in general and I started writing back in 2008. It covers a wide range of topics relating to being British and Dutch. Expat Life with a Double Buggy is a recent addition, which I started writing after my third son was born. The blog is solely about parenting in a foreign country â the ups, the downs and the in-betweens. I have three children and they take up most of my time â it seemed logical to share my expat experiences of raising three little Dutchies.

How can you be contacted for further advice to future expats coming to your area?
Amanda (at) thewritingwell (dot) eu

Amanda writes for her two expat blogs called A Letter from the Netherlands http://letterfromthenetherlands.blogspot.nl/ and Expat Life With a Double Buggy http://lifewithadoublebuggy.blogspot.nl/ which are both worth a visit. She can be found on Twitter @TheWritingWell. Her blogs both have listings at ExpatsBlog.com here and here - why not pop over and leave a nice comment if you have a spare moment. If you liked this interview with Amanda, please also drop her a quick note below.

Interesting interview and answers. Sometimes you just have to go ahead and follow your instincts. I left the UK in 1988 to move to Finland. Yes it was different and many times I wondered if I made the right choice. Howver I kept goung forward and today after 24 years living in Finland I know I would never return to the UK