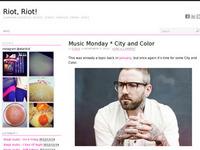 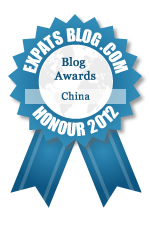 This blog won the Honourable Mention Award for best expat blog in China!

this blog captures well the life in and around china and gives some good recommendations on the side!

makes you wanna come to Shanghai and experience this impressive city!! great blog!!!!!

love it! just the right mix of everything. definitely a blog that every so called "expat" of our generation (who is not really feeling like one) can relate to... continue to share!