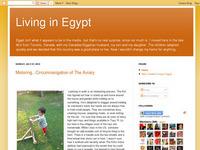 Living in Egypt
Canadian Maryanne Stroud Gabbini moved to Egypt in the 80's with her husband and children.
miloflamingo.blogspot.com
Website Social: 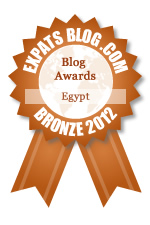 This blog won the Bronze Award for best expat blog in Egypt!

Copy and paste code to display the Bronze Award Badge:

Website Reviews » Living in Egypt has no reviews just yet