From Raptor to Bearcat

âDonât worry, we donât drug test new students until three months into the school year.â This was the reassurance my new guidance counselor provided me when I moved to the International School of Manila. Dressed in a khaki uniform with a strange schoolâs logo emblazoned on my left shoulder, I questioned how he arrived at this judgment.

Was it my nose piercing that I had gotten in Florence at the age of fourteen? If so, he was wrong. That was in honor of living in India for eight years.

Was it the six piercings I had on my ears? Again, wrong. They were not meant to be subversive. Instead they were a visual representation of the different countries I had visited and the friends I made along the way.

Was it the fact that I had just come from the American International School of Chennai? Perhaps. India lives in stereotypes and is surrounded in a haze of hippy dreams.

Regardless of his snap judgment, I hastened to reassure him, âSnip off some hair! Give me a cup! Donât you worry about me.â I beamed at him with my most artificially innocent smile. This was the man who would be responsible for getting me into college despite knowing me for a minute. Then again, as the guidance counselor for an international school I had faith in his ability to at least fake a convincing immediate connection. That is the hallmark staple of Third Culture Kids, diplomats, military folk, and all others who are required to move constantly. Form an intense emotional bond before your friends are snatched away.

I actually have this guidance counselor to thank for my acceptance into multiple colleges. The benefit of moving to a new city, a new school, and a new group of teachers is how clean your slate becomes. International school teachers tend to treat students differently than teachers in the US. They speak to us as equals and we form close bonds without even trying because of the extreme situations into which life has placed us. My biology instructor in Chennai guided us through seeing cadavers in Manipal, a city in the south of India. I touched a dead body at the age of fifteen and gagged over a blue bucket full of the remains of babies. I witnessed an open heart surgery taking place five feet away from me. In Manila, I saw my teachers out at the same clubs and bars that my friends and I frequented. I even saw a teacher at a local Filipino strip club in the red light district. Some of my teachers were as close to me as my best friends and I mourned them when I was displaced.

However, there are a few teachers who would treat us like wayward students that failed at life unless we behaved as perfectly motivated adults. I asked for a recommendation letter from one such teacher and was told by my new guidance counselor to ditch the recommendation. Instead, I got a letter from a teacher who only knew me for three months rather than three years. Sometimes being displaced has its benefits.

As a senior, I would not be graduating with the cohorts with whom I had spent my freshman, sophomore, and junior years. When I walked to class, I could only overhear inside jokes. I had to feign memories of people and adventures that took place before my dad even thought about his next assignment. I was grateful to those who reached out a hand to me and grew adept at ignoring all of the undercurrents of drama that swirled in their wake.

I also lost a toenail that fall. Joining a new soccer team without the benefit of my full shipment caused me to borrow cleats a size too small. By the time the overland boxes arrived three months later, I celebrated with bandages and a newfound appreciation for the valuable protection nails provide.

When it came to tournaments, I did not even have the benefit of competing against the same schools as Chennai in the SAISA (South Asian Inter-Scholastic Association) tournament. Separated into different regions, I had to learn about the dynamics that separated each school within IASAS (Interscholastic Association of Southeast Asian Schools). My rival was now the Singapore American School. I was expected to despise them for their haughty attitude. Jakarta International School had an unfortunate acronym, but their baseball team was to be admired. No longer could I be bitter about AISCâs defeat at the hands of the American International School of Dhaka or complain about their irritating habit of eerily calling out, âTTTTTIIIIIIGGGGGEEEERRRRRRSSSSSSS,â during basketball matches. I was a bearcat, not a raptor. 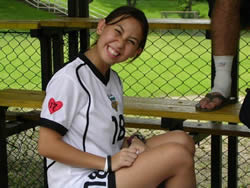 Being a bearcat in Bangkok

Manila was one of my roughest transitions because it reminded me of the US. It was one of those unique international schools that had a relatively stable student body. Locals who could afford the hefty tuition prices grew up in those halls. Expats with embedded careers allowed their children to have a facsimile of a steady upbringing. I went from a pool of twenty students to a sea of one hundred and fifty; small by American standards but overwhelming for me. I returned to being a number.

I built myself on the laurels of those who had lived in my house before me. The parties that were hosted in my home were legend. Students would walk up to me after Economics class and reminisce about throwing up in the bathroom downstairs.

Countless others had danced on my pool table, downed shots on my couches, and trashed the upstairs rooms. The fact that I had known the family when I lived in New Delhi during my elementary school years cemented my displacement of them.

I never actually hosted any wild nights in Manila. Having witnessed the destruction wrought by my fellow students during the Freshman/Senior Party, I worried about my dadâs antiques. I did not want raw egg covering my marble entrance. I did not want the residue of questionable substances peppering my walls, toilets, and showers. I did not want a group that I barely knew, let alone trusted, violating a house with which I was barely acquainted.

I traded my spot as Valedictorian in Chennai for an Advanced Placement cord and a seat in alphabetical order. My best friend in Chennai mentioned me in her speech. She affirmed my time in AISC while I watched my tasseled hat disappear in a cloud of green and gold as the whole class celebrated over a decade of work and friendship.

Cecilia Haynes is an American expat living in Turkey. Blog description: Third Culture Kid who kept living abroad. Currently living a year in Alanya, Turkey for the novelty of a new area of the world. Also documented living in Hong Kong and around China, India, and the Philippines.
Help to win!

Thanks fo sharing that! We need more (adult)third culture kids sharing their stories. Let's celebrate those great teachers that are real mentors for us. Sorry to hear that you felt displaced at times and missed your friends. It's the hard part of growing up as a TCK....