In the early nineties I attended a local primary school in England in lieu of attending the American school on base. For two years I got to experience the British school system before going back to the American DODDS schools. There are particular differences that I remember now between both education systems. Having moved back to England in 2011 and putting my sons in the education system here I have realized there are way more differences than my expectations had led me to believe. Especially as my sons get older and into the higher levels of schooling it gets a little more complicated. To be fair I have had the school system in Britain explained to me many times and I still have questions about it. 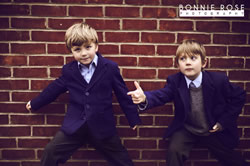 International Schools in UK vs USA

The break down by years (UK/USA)

The school systems are not exact to be compared year by year. For example children attend nursery and Reception before starting Year 1 which is the equivalent of Kindergarden in regards to age. The US high school years differ in the way the education is set up in the UK. While students in the USA start Grade 11, students in the UK no longer have compulsory education. They have the option at sixteen to continue their education into college for what would be Grade 11 and 12. After those two years they would go on to attend university.

Students in the UK start studying in Year 10 for their GSCE exams which they take in various subjects at the end of Year 11. GCSEs stand for General Certificate of Secondary Education. After a successful completion of GCSE courses, students go on to take their A-Levels, which stand for Advanced Level, at college. A-Levels are generally a two-year course, with AS levels begin obtained within the first year. Basically students can choose whether they continue their education after turning sixteen years of age by taking their A levels at 6th Form College, also known as a technical college.

NVQS
National Vocational Qualifications are work based awards in the UK that are achieved through assessment and training. I have become more familiar with these having trained and licensed as a Cosmetologist in Hawaii and wanting to transfer that to be able to work in England. In the USA your training and license is determined by the state where you work and each has its own regulations. In England there is not an equivalent governing and licensing board for cosmetology. You train and take exams for different NVQ levels depending on the field of study. My cosmology license in Hawaii is roughly a NVQ level III in Hairdressing and a NVQ level III in Beauty Therapy with one exception. Beauty Therapists in this NVQ level would also be trained in body massage which in the USA would require going to massage school and getting a separate license. So although I have most of the skills required of a NVQ level III I can only get a job who will except a Beauty Therapist with a NVQ level II until I obtain the massage training. I have explained all that to further explain the difference in education from country to country.

The School Calendar
The school year calendar varies between country in the UK but contain around 39 weeks of education with 13 weeks of break. The breaks include two weeks at Christmas, two weeks at Easter, six weeks in the Summer, and then 3 one week half-term holidays. The school year in England is broken into three terms. September to New Years holidays, January to Easter holidays, and Easter holidays to July.

University Requirements
Every school may have its own requirements but there are general requirements that are looked at for admission into Universities in the UK. For the Universities I have looked into they expect applicants to have completed three A-Level exams in one sitting. If applicants re-sit or retake A Levels they may still be considered unless they are in the Medicine or Veterinary Medicine field. Since many degree programs expect you to have studied specific subjects at GSCEs and A-Levels, students need to know early on which field they want to study. In highly competitive subject areas this means the number of As achieved in GCSEs will be taken into account. That means a 16 year old in the UK will need to already be focused to what job they will want to have as an adult, especially if they want to be in the field of medicine. While in the US there are students in their twenties taking general education courses without a chosen major.

What Expat parents should know about schools in England
These are the top three things we have experienced with having children in schools in the UK that I feel other expats would benefit from knowing before they move to the UK.

I know that I have a lot more to research and understand when it comes to the education of my sons. If anything I am now more stressed out by my research than I was when I was ignorant to the complicated nature of education in England. I hope this look into the education system in England is helpful and can help other parents when planing a move with their family to the UK.

Bonnie Rose is an American expat living in England. Blog description: Blog about my life as an expat, a Third Culture Kid (TCK), and world traveler. I grew up in Europe on military bases until I was seventeen and now I am married to an American living in England with our family. Documenting our life abroad.
Help to win!

Contest Comments » There are 4 comments

I bet Heather! Hopefully this and having it explained by someone else can help out. I know I will need it spelled out for me many more times too. x

Thanks for this explanation. It will take me some time to absorb it. We're Americans living in Central Asia and are seriously considering sending our boys to a British boarding school in a neighboring country. It's hard to wrap my head around all the differences.

This is really interesting, Bonnie! When I first started working as an American teacher in Japan, I didn't realize how vastly different the school systems were. I've definitely found things I like and dislike from each. In Japan, generally all English teachers teach American English (accent, spelling, etc) which is interesting to me since we also have Canadian and British teachers (and plenty of other nationalities around the country). I've always wondered what their experience is like teaching their language, but modified. I honestly didn't know very much about schools in the UK, so this post gave me some great insight! I found the part about ending high school at 16 and continuing to a type of college thereafter really interesting. The years of schooling is different in Japan, too, and I've always thought it was interesting what a different dynamic it creates in their school system. Anyways, thank you for this insightful post - I enjoyed it! xoxo Melyssa http://thenectarcollective.com

It does sound quite complicated. This education thing is so important. I did GCSE O and A levels in Zimbabwe but here in the Netherlands it's all different and i needed to an extra Physics course to do the course I wantend at university. Things change with time too. Hope you questions will be answered!