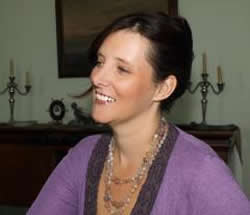 âTEFL? Oh, youâll be just like all those other hippies that think theyâre teachers and spend all their time in Jesus sandals, relaxing on the beach whilst the real teachers, like me, do all the work.â My sister clearly didnât have a high opinion of TEFL teachers. Actually, come to think about it, she didnât really have a high opinion of me, so maybe thatâs where the malice came in.

So what? I wanted to teach English as a Foreign Language. Actually, I begrudgingly admit that there was an element of truth to my sisterâs comments: I did feel, deep down, that I might swan around the world for a while, go and teach English in Thailand or Vietnam, somewhere HOT. Relax in the daytime and then knuckle down to work in the evening (most language schools operated in the evening). But then I started the one month CELTA (Certificate of English Language Teaching to Adults) course in order to equip myself with the relevant skills to do so, and realised just how hard this teaching English lark would be! It is no exaggeration to say it was the hardest month of my lifeâ¦only a slight exaggeration to say harder than my three year International Relations degree. My head swimming with phrasal verbs, present continuous, present perfect, past perfect and oh, not forgetting present and past simple verb structures, I was in a daze when I accepted my first post-course teaching role: in a small, unheard of, unpronounceable village in Central Greece. It was only once I was on the plane that I finally shook myself out of my daze and realised I wasnât headed to Thailand after all.

âHe gave you any trouble today?â my boss asked. She was referring to a disturbingly attractive teenager who had, indeed, been giving me trouble.

âYou have a Greek boyfriend Miss?â heâd cheekily enquired during first introductions. But looking at him now, he was violently shaking his head behind my bossâs back. âEr, noâweâll get along famously, Iâm sureâ I smiled as reassuringly as possible.

It was clear these kids were afraid of my formidable boss, but then again, she had to be strict in order for them to settle. Having volunteered taught in Asian countries before, I was used to kids being mild, willing to learn and respectful, yet the downside of that meant not a lot of interaction. Here, in Greece, I could see that wouldnât be an issue!

Did I get to teach in a Greek school? Yes, and no. âNoâ in the sense of the word âschool.â By that I mean I wasnât teaching in a school run in the daytime Greece has a system whereby kids go to state school in the daytime, and afternoon schoolingâfrontesteriaâto pay for lessons all over again (donât ask). So my role was as an English teacher in one of these frontesteria.

Starting at 4pm through until 10, did I get to relax in Jesus sandals by the beach in the A.M.? Did I grow dreadlocks? Hell no! Living and teaching in a foreign country was one of the steepest learning curves for me. Grading assignments, understanding the examination system and compiling lessons appropriate for this took up a lot of my time in that first year. And yet I stayed in Greece and moved to Athens. I have grown to love the cheeky interactions with my students: their imagination, inquisitiveness and passion (yes OK, their boredom shines through too sometimes, especially as theyâre so tired from the day school...who can blame them?)

Now Iâve settled into a routine, it has become easier. But teaching in a foreign country, thereâs always something to learn: about the culture, the people and most importantly, yourself.

Bex (Rebecca Hall) is a British expat living in Greece. Blog description: An unconventional British gal with a degree in International Relations, the wrong side of 35 who finds herself living in the unconventional country of Greece.
Help to win!

Very good article. I considered doing the TEFL course myself years ago but I talk to some of it's student who explained just how hard it was. Being dyslexic I realised I didn't have a hope to pass and retreated. But I can imagine how teaching in Greece will have been a shock. British students do not have a proper equal relationship with their teachers in the UK , it is an "us and them" situation. In Greece (as with everything in Greece) the relationship comes first, so first you understand the teenager and then you have to relate to them - hormones and all - a tougher challenge I couldn't imagine, I have a hard time just connecting with my teenage daughter!

Thanks for the comments. Luckily I've managed to keep employed, Jenny. I can only get part-time work though...but it suits me as I can keep writing.

Great post. I lucked into this field without ever taking a course!

Jessica, I know you didn't like the classroom environment :0) Caroline: You are too hard on yourself...you have tons of patience and would be great with kids :0)

My boyfriend said the CELTA course was one of the hardest months of his life as well...He even compared it to Uni. I never really believed him. After reading this article,however, I guess he was not exaggerating as much as I thought...Nice to hear your point of view.

Hi Jenna, Yes, it really was hard. The reason being, they never taught us grammar properly at school, hence in the space of one month, you basically had to re-learn everything from scratch! It was tough, but the rewards of teaching foreign kids is great. And Sara Alexi's comments above highlight how important it is to understand culture too.

Interesting, and a good point about living abroad being a steep learning curve!

I've had a number of friends who have left their jobs teaching in Greece simply because of the economic situation there right now. Schools are closing and - according to them - it's becoming harder and harder to find work. Have you found the same? -Jenny

A really interesting and insightful article and I wholly agree with Beccy about learning the English Language all over again. I came over to Greece with the blithe intention of giving 'Private Conversation' lessons. I did an Online TEFL Course which seemed an easy option but nothing was further from the truth. My head is still swimming with verb structures and tenses and I couldn't teach a class of teenagers if my life depended on it!!!