Show Me the Money - Working in Hong Kong

There is a lot of money in Hong Kong. And there plenty of poverty too. The opulence is everywhere; malls are filled with designer brands; big cars are driven; people are constantly eating out and drinking. But there are also people in tatty clothes cleaning the streets; amputees begging and people living in homes so unstable they flood in rainstorms. 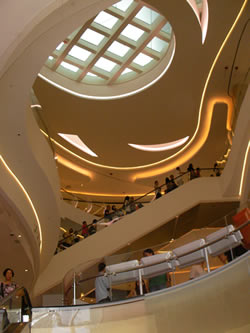 Working, or finding work, is intrinsically linked to where you are from. You need a visa to work in Hong Kong, and to obtain one you need:

In Hong Kong ninety-five per cent of the population (7.1 million)1 is Chinese. The other five per cent is made up of Filipinos, Indonesians and other (1.6%, 1.3% and 2.1% respectively)2

Chinese people have the right to work here, but itâs still not easy to find a job. For many jobs a high level of English is required as well as the native Cantonese and Mandarin (the Chinese language spoken in mainland China). Employers can afford to be picky as there are thousands of people seeking work. A job in the civil service pays well and is secure, as is no doubt the case in many countries. Graduates, even from top universities across the world, may still struggle to find a well-paying job. A student of mine was recently telling me about the effect of SARS (2003) on the private sector. âIt was like an economical tsunami,â he said. âEmployers could no longer afford high wages, so they were cut. People have had pay rises since then, but a ten per cent pay rise on nothing is still nothing.â

The Filipinos and Indonesians are brought here, or find work here, as domestic helpers. Often they live in with the families they care for and work a six-day week (something that isnât abnormal for many employees across the various industries in Hong Kong). Unfortunately domestic helpers are not allowed to apply for permanent residency, regardless of how long theyâve lived here. Neither are they eligible for the minimum wage, which was introduced to Hong Kong in May 2012 at HK$28 p/hr. âTo hire a foreign domestic helper, you need to be a Hong Kong resident with a monthly household income of no less than HK$15,000 or assets of comparable amount to support the expenses for the entire (i.e. two-year) contractual period.â3 The Minimal Allowable Wage (MAW) for your employee is HK$3,920 per month, with various additional costs such as food, living costs and passage to and from their home country.4

The âotherâ 2.1% is made up of both native and non-native English speakers. Finding work in Hong Kong is significantly easier if youâre a native English speaker. Most of these people are either bankers, pilots or teachers. There is also a large number of French people here, who organise Le French May5 every year. Some established foreign communities are made up of descendants of those who settled here when Hong Kong was still a British colony: Indians, Sri Lankans, Pakistanis and Bangladeshis. Lately there are increasing numbers of Asian expatriates, such as the Japanese and overseas-born Chinese.

Hong Kong, like any other major city, is expensive. Public facilities, services and utilities are fairly cheap, but rent is phenomenal. Medical bills can also quickly mount up. With any luck you may have certain costs covered by your company, such as housing allowance or medical fees. If not, you need to be earning a certain amount just to stay afloat.

Laura Besley is a British expat living in Hong Kong. Blog description: On my blog I write weekly book reviews, travel pieces about Hong Kong and Asia, and Flash Fiction.
Help to win!

Contest Comments » There are 4 comments

Well written. Sad to see the inequality. Are there charities to pick up the slack?

An accurate picture of the economic situation in Hong Kong.It's a real pity the government won't acknowledge the hard work of domestic helpers by allowing them to become permanent residents.

There is a lot of poverty, and discrimination - but you can be easily blinded to them by the endless high end malls, whose existence in a way typifies rampant brash materialism, and divisions in society caused by poverty and discrimination. These malls, housing multiple branches of Louis Vuitton, Gucci, Dior and the like effectively ban the use of their toilets on a Sunday to anyone who isn't a shop customer by forcing you to ask for a key from a concierge desk. That means that the domestic helpers, the filipinos and indonesians referred to in the blog, whose only day off is a Sunday, can't use a public convenience in a shopping mall. I've never shopped in Dior, or any of those shops, but I was freely able to use the loos in the malls. But then, I'm not from the Philippines or Indonesia, so I was given the key, so to speak. The relentless materialism in HK is depressing, it's wasteful and divisive. However, and I'm trying to be balanced here, the work ethic and aspiration is admirable. HK is an amazingly efficient place, and whilst there is poverty (try googling 'cage dwellers, Hong Kong', and you'll see what I mean)there is relatively low unemployment, and some form of social security as a safety net. But you're right, Laura, it's a cruel place to be, if you're not working, or you're in low paid work.

Soon i will be part of the group jobhunters in HK. What are the job possibilities for asians from oversea, who mainly speak english?