No Waffling About Belgium 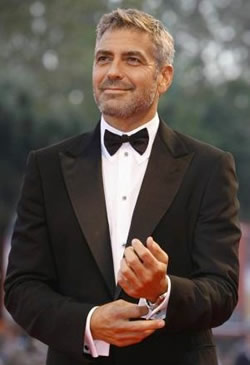 Have you ever witnessed someone having a heart attack? I thought I did last week. But it turned out that the woman who I thought was experiencing coronary failure was frantically waving her hands in the air and holding her breath because I had confessed to her in passing that I love my life as an expat.

I've been living in Belgium, my host country, for several years now. It's a land where rain arrives by the bucket-loads and the sun seemingly never shines. Then again, it's also a place that produces the best chocolate in the world. I have to assume that the woman in question was not thrilled to near-death by my admission. âWhy? Why?â she asked, nearly choking on the words. Believe it or not, she's an expat in Belgium, too, although of more recent vintage than me. Yet she seemed shocked and maybe even offended. Perhaps she has a particular aversion to wet weather -- or chocolate.

Of course, it's never easy to find yourself in foreign climes, forced to adapt on the fly. On the other hand, I've learned a thing or two the hard way while living as an expat over the past few years. I should confess that I was born in New York where misery can arrive in all varieties and forms -- but convenience is also widespread. As a child, I grew up believing everyone was entitled to order room service and/or hail down a taxi cab â- and get service and satisfaction of sorts within a matter of minutes. However, here in the homeland of savory frites, fluffy waffles, and some of the greatest beer in the civilized world, youâre lucky to find a grocery store open after 9 pm. Youâve hit the jackpot if you spot anything -- a bar, a grocery store, even a gas station -- that's open past midnight.

Ah, the grocery stores of Belgium. I have yet to figure out why the good people of this country call a grocery store a âhypermarket,â because there is nothing remotely accurate about this term. However, this hyperactive New York native gets even more hyped up while shopping at one of these âhypermarketâ shops, because I canât seem to find anything there that I really need when I need it. Sure, once, in the middle of February, I'll come across Italian roasted tomatoes with a hint of basil and rosemary, harvested, prepared and canned in some tiny Italian village, but chances are that Iâll never see this item again. So I've learned to buy it when I see it. Besides, I can always use a good ten cans of Italian roasted tomatoes with a hint of basil and rosemary directly imported from Italy. After all, who really needs fresh milk?

Iâm not complaining. I'm just explaining how I've learned to live as an expat. To be fair, I really, really like grocery shopping in my adopted country now. Where else in the world can I cruise a grocery with over four aisles of different beer selections that I have yet to sample? I've never even seen dozens of these brews, let alone know how to pronounce their brand names ("Hoe-gettin'? Hoo-gerden? Hair-gordon? Oh. Hoegaarden. Sorry.") And donât get me started on my late Friday afternoon wine-tasting sessions at the âhypermarketâ -- a pause that refreshes. However, God help you if you forget to bring along your own bags to carry all your groceries. Really. The plastic bags provided by the "hypermarket" are, as one fellow expat said, âstrong enough to carry a ball of cotton."

I've got one more note to share with you. It has to do with the subject of neighbors. Iâve learned to love my neighbor. How does the old saying go? âLove the one you're with.â Actually, this would be more a case of "Love the one you're stuck with." My neighbor happens to the spitting image of what American movies often suggest that a Frenchman is like: He is charming, incredibly well groomed, and attractive as well. He's George Clooney-attractive -- and perhaps even more so since he is, as the clichÃ© would suggest, impeccably well dressed. He also loves horses, men, and woman, although I have no idea what his order of preference might be. But what I do know is this: He canât properly pronounce curse words in English and, yet, he persists in repeating his favorite English curse word over and over again. Despite the proper pronunciation, it sounds like "Sheet!" He says it so often, and so hilariously wrong that my children and I have tried time and again to help him say it properly. It may actually be his favorite word in any language considering how often we hear him repeating it day after day. It's not so much the vulgarity itself that's the problem. Do you have any idea how hard it is to tell your preteens to stop laughing when they hear a French-speaking person say the word âsheetâ? Really. The kids and I hear our neighbor morning, noon and night, saying the word âSheet!â at the top of his lungs. If you think this is easy to endure, you should hear our neighbor (or, indeed, most any French-speaking person) try to pronounce the word: Yahoo. Trust me. You will be on the floor in stitches after a few "Yahoos." Call it culture clash or perhaps translation dyslex-icon. But it comes with being an American in Belgium.

Certainly, the expat woman that I referenced at the start of this piece did not have a heart attack over hearing how I've taken to my new surroundings, and thank goodness for that. Chances are that, in time, she will end up just like me. Someday, she will become addicted to the chocolate here, embrace the varieties of beer, and in general, find herself explaining to her friends back home how brilliant life can be as an expat. I'd give it a year or two for her to discover the beauty of it all, and in the end, delight at just how marvelous it can be to discover a new way of living in a wonderful, albeit different environment.

Iâm a childrenâs and travel book author, journalist and a semi-professional Mum living on a shoestring budget in BRUSSELS, Belgium â the capital of Europe â for the past decade now, but my kids and I have enough stamps in our passports to rival a State Department official.
Blog address: http://www.bonvoyagemagazine.com/
Vote for this: