Building a social life in France 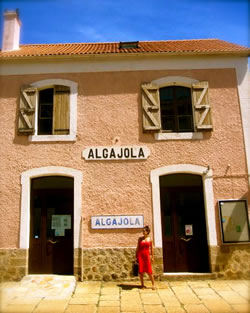 There is a lot to love here in the French Riviera - the culture, the scenery, the food, and the lifestyle donât leave much to be desired. But over the past year or so, I have found it quite lonely at times. I miss throwing dinner parties and meeting friends for drinks after work. Frankly, I miss having a social life.

In some ways this is the nature of being an expat. We choose to leave the comforts of home after all. Starting over in a foreign country is exciting yes, but not easy.

Maintaining a long distance relationship simultaneously, compounds the problem. My beloved is living in the Middle East for a few years so we try to see each other when we can, traveling back and forth between Nice and Palestine.

Constantly coming and going makes planting roots even harder. Sometimes it feels like I only have one foot in whatever place Iâm in when weâre apart, and itâs made building a network of friends in Nice difficult. I have, on occasion, questioned the decision to leave my friends and family and move so far away and strike out on my own, and have had moments when the whole thing seemed like a mistake.

But after being here for over a year, just in the last month or so since I started studying French in earnest, the city seems to have opened itself up to me a little. Itâs incredible what even a little bit of French can do. Each new vocabulary word and verb tense seems to lead to a new opportunity to meet someone.

I had kind of resigned myself to the fact that, while beautiful and inspiring, the south of France was going to be more of a refuge for me than a place to make friends. And then all of a sudden, it was as if a doorway was opened, and ever since, the people have been pouring in.

It all started at a vide grenier (French rummage sale) where I met the lovely Isabelle - a Nicoise woman who was looking for an English tutor for her daughter. I began working with Emma once a week, but this has tuned into so much more than an afternoon English class.

Isabelle and her family have taken me in, fed me homemade French food and introduced me to their friends, and I feel like I have a surrogate French family here now.

I have always read and heard about how difficult it is to make French friends as a foreigner, but in my experience, itâs not true! Isabelle and her family have opened up a new world to me. I feel so lucky to be a part of their lively discussions around the kitchen table and to be offered recipes for her signature French dishes. I finally have what feels like a lasting connection to my new city and my own little place in the local fabric.


Thinking back on the friends Iâve made in my life, most are people I met while in school, and that is no different here. I have come to love the characters in my daily French class.

We are an unlikely group, representing, Japan, Spain, Hungary, China, England, Russia, Lithuania, and the US, but with beginning French as our mutual language, we have managed to understand each other and even forge some friendships.

We meet for four hours each day with a little coffee break in between and this week in class, we have been learning about social invitations; âAre you free this weekendâ âlets meet by the fountainâ this kind of thing. I was practicing the lesson with intensity, hoping that I might have an opportunity to use my new vocabulary soon.

And then during the break, one of the Japanese girls, Mari motioned for me to come over and said: âExcusez-moi Katie etes-vous libre ce soir?â I said âoui.â And she continued to explain to me that it was her Birthday and she wanted to invite me to her birthday party that evening.

It was as if she had been waiting just for this lesson to throw a party, and I gladly accepted her invitation. It turned out to be a fabulous night. I was happy I could help Mari celebrate and it was so nice to get to know my classmates better.

It was an international potluck and we each brought a national specialty to share. We spent the evening comparing notes on the foods, and customs and traditions of our respective countries and I loved learning about what time of day Spaniards eat rice, and how to make Japanese cabbage cake.

I feel like finally, some new friendships are blossoming, and itâs amazing to look back and realize that I have never uttered a word of English to my new friends. I still feel so clumsy in French, but my feeble grasp on the language has given me the chance to nourish the social aspects of my life in a new place.

Getting to know a city, and making it your own takes time. I was foolish to think I could just plop myself down in France, and find my stride immediately. Picking up and leaving what you know, hopping on a plane and starting a new life in a foreign land sounds like a dream, and in many ways it is. But itâs hard too.

I think that in addition to my newly acquired French, itâs a level of confidence and comfort that only comes with time, that has helped me get to the place where I am now. I think that physically living somewhere is only part of being at home in a new place, and having a new mindset is just as important. Only once my perspective shifted, was I able to really accept this new life in Nice as my own and start to embrace it.

I donât think living in a beautiful foreign place needs to exclude having a rich social life. I am still juggling the long distance relationship, which comes with itâs own set of difficulties, but at least now I feel I belong where I am. Itâs comforting to bump into friends in the street, and I am starting to plan a menu for my first French dinner party! I know it will still take some time to feel as established as I was before, but I am on my way.

Katie Beck is a travel writer and blogger living in the south of France. She traded in her hectic life as a TV news producer in Washington, DC, for the ocean views and French sensibilities in Nice, France a little over a year. Katie writes travel stories about destinations all over the world for BBC Travel and other publications and is working on learning French.
Blog address: http://stumblingintoparadise.com/ Twitter: @KatieB
Vote for this:

That's very interesting. Is your French class, 4 hrs a day very expensive ? I am looking for something like that. Thankyou Regards Yvonne Bird