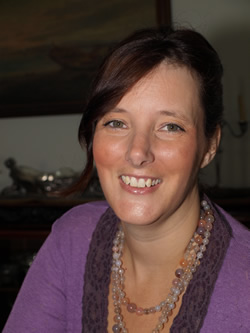 Have you ever lived an expected existence: 9-5 Monday to Friday job, on the look out for Mr. Right. Did you find yourself to be more like Bridget Jones than the Disney Princesses who always meet their Prince? Did you secretly want to carry on your Gap Year, but kept your desire repressed for fear of not living a ânormalâ life?

Life, our family, society, expects so much from usâthat weâll go about things the âcorrect wayâ: school, college, University, career, Mr Right, house, kids (a dog maybe?), advancement in career, grandkids, retirement, death. But what if youâre not made out of the conventional mould? What if living life in this way destroys your soul, your very being?

Travelling and choosing to settle for a while in another country and culture doesnât have to be restricted just to the âgappersâ who need to get it out of their system before serious life begins, nor does it need to be restricted to the retirees whoâre too old to travel independently, cruising the Bahamas or Europe once a year.

I always had to be different. I was never content with the corporate lifestyle and would only ever work to build up enough funds to travel. I undertook a volunteer assignment teaching English in Sri Lanka, took my Bachelors degree in International Relations in my early 30âs, an EFL (English as a Foreign Language) qualification after my degree and then chose my first paid teaching job in a small inland town in Central Greece. I figured Iâd gain experience and move on to another exciting destination after one year. 4.5 years later and Iâm still in Greece, now in Athens.

Iâve learnt that itâs OK to be unconventional, to do things the wrong way around. Without realising it, I seem to have thrown myself into the Greek lifestyle and accepted it. I donât feel like an expat (Iâve never been one for labels to be honest), Iâm just a British girl who found herself in this chaotic country and fell in love with it: her food, the islands and the Greek passion for life, in spite of all their hardships and negative press at the moment.

Did you know there is no Greek word for privacy? This can be both a blessing and a curse. It means Greeks donât really understand the concept of someone wanting to be alone long term. They congregate together, as part of a family unit or include you in their adopted family cycle. I have been invited to various family Sunday dinners which include grandparents, aunts, uncles, cousins and nieces and nephews. And Iâve always been given a doggy bag that invariably lasts a week.
âYou live alone? You must take food! Here, moreâ is usually accompanied with the food parcel. I have stopped being asked âYouâre single, why?â and this seems to have changed to âYouâre single? Good. No man is good enoughâ âthis usually comes from the Yiyaâs (Grandmaâs) whilst their old husbands tune out aurally in the corner, casting surreptitious glances at the British kopella (girl). Itâs nice in Greece: no matter your age, a woman is almost always referred to as a kopella. Itâs a term of endearment used by the elderly to those younger.

It can be a curse when you really do want to be alone because your poor ears and vocal chords are suffering after a dayâs teaching, but your friendâs mother insists you come for dinner because âthat poor English kopella is all alone.â The phone rings or, if theyâre in the same building, the doorbell goes. To be fair, itâs getting better and weâve struck a nice balance: once every couple of weeks I attend a big family event of a friend and meet various friends out for coffee.

Ah the coffee way of life: here is Greece you never rush it. Greece would make a perfect place for a Nescafe advertisement to be set! You can order just one coffee (or tea) and spend as long as you like drinking it. Not once are you glared at by the waitress to order more or hurry up because youâre taking too long. These are the things that I appreciate about life here: love of sticking together and the coffee cultureâbeats the beer swilling culture in the UK.

Of course itâs not all sunshine and olives. There are difficulties settling into another cultureâin Greece for me itâs the awfully low salary I receive (still considered higher than most because I teach at a private school) and the bureaucracy that leaves you wondering whether youâre sticking to the law or not! Itâs impossible to know if youâre being lawful because the laws are constantly changing. So what do I do? I see if the positives outweigh the negatives, I have enough money to live, I have friends and those food parcels and despite the negatives, I am happy. I also get to wake up to blue skies most mornings, not feel that I want to retire to bed at 4pm in the winter and know if things get tough for me, I always have 1.50 euros for a coffee with a friend and a moan for 3 hours with him/her (which is free).

My advice? If youâre feeling the shackles of your corporate lifestyle tugging at you that much harder, youâre not alone. Sit down and write a list of positive and negatives about your current lifestyle. Really dig deep and think of a country youâd love to go to. Now the practical steps: research the job possibilities in your field or, funds permitting, volunteer opportunities. Look at any visa restrictions, for exampleâif youâre from an E.U. country, for the moment you have free movement and can work in any other E.U. country, although in Greece itâs necessary to obtain a Residency Permit for stays of longer than 90 days. Other E.U. countries ask for this too.

And my most valuable piece of advice? Donât let fear of the unknown hold you back or control you. Itâs OK to not want to lead the âconventional lifestyleâ others might expect of you. If we were all the same, weâd be a boring race of people, America would never have been discovered, the South Pole never reached, shall I go on? Be adventurous, and good luck!

Bex is a 30 something expat living in Athens, Greece. Despite all Greeceâs current hardships, and her poorly paid job as an EFL teacher, Bex holds out hope for her adopted country and loves it there. When not teaching, sheâs either drinking coffee with friends, eating with their families or blogging at her expat blog.
Blog address: http://www.leavingcairo.com/ Twitter: @AdventureGreece
Vote for this:

Contest Comments » There are 11 comments

Totally relate to this story, as an English girl also living in Greece, especially the feeding up by the yaya's!! Whenever I go to see my customers there's always a feast awaiting me, which is then packaged up for take away.... I've been following Bex's Blog and so many things ring true, and whether a serious or everyday story,there's always a bit of light humour, making it very enjoyable to read....

Inspirational stuff, Bex. With a bit of luck others will be galvanised by your writing to try a different way of living. All too many often, we are the prisoners of our own limited imaginations.

Bex' words remind me of what a wise man once said, "One's life isn't determined by one's possessions, even when someone is very wealthy." Bex has opted, instead of pursuing possessions, to treasure people, relationships, time (for something as simple yet potentially pleasurable as a cup of coffee), and ... enough. In adopting this lifestyle she has not descended into selfish laziness, but rather invests herself in teaching young people so that their horizons can be stretched. And she teaches with creativity, enthusiasm, and personal interest. The world no doubt needs its corporate gurus, but it also needs others to remind us to first of all be ... people.

Having lived in Greece more on than off for twenty or more years this read like a piece written by a true lover of Greece. It felt alive and passionate, how could it be otherwise. Beautifully observational. I too have have the food brought up my drive on a plate when I was alone, my husband having left the day before. Reading Bex experience made me laugh out loud. A lovely piece, beautifully written, I really enjoy it, thanks.

You made me cry..Love your style!Have u ever considered writing a book????

lots of things here to think about... you have to live all this to understand it. Being between worlds is something i understand sooo well... But I have to day, the "correct way" is one we create, and it most probably will be totally unconventional. Who is to say what is best? Only we can decide that :-) Great piece.

A wonderful blog entry, as ever, for me to savour over my cup of coffee on a frosty morning in Autumnal Blighty,leaving me wishing I could trade places. Unfortunately I can't, and that's why I enjoy Beccy's blog so much, for it transports me to a place I would like to be. Beccy's warm and personal writing style, her eye for detail, her honesty and her ability to make me see, hear, smell and feel Greece around me, pick me up and plant me slap bang into the middle of a life I would like to be living. A temporary but most satisfactory measure until I too find my ex-patriot paradise, and rest assured, one day, I will.

Bex really captures the essence of the Greek way of life with her writing. She obviously knows, appreciates and loves Greece and is a much needed positive voice for the country. Well done, Bex, keep on writing!

Who could not love Greece? Greece makes being an expat too easy. One might as well be an expat in heaven. On BBC4 today I listened to a dramatization of Gerald Durrell's My Family and Other Animals and remembered my own time there not quite that long ago. Go now when you can. We have at the moment an unparalleled freedom of travel and who knows what the future will bring.