How to Fly First Class For Free 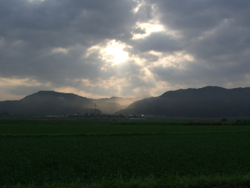 It helps if you live abroad for a while. Pick somewhere youâre interested in. Sure, Japan is a great choice. You love Japan â like really love Japan. Itâs one of the first places youâve been thatâs made sense: itâs safe, beautiful, has great food and nice people, and is a relatively easy place to live once you set up a routine. And youâll earn over 5000 miles for each leg of the trip and plenty of âqualifying segmentsâ because New Orleans doesnât have a direct flight to Tokyo. But youâll waste the first few years: you wonât be enrolled in any of the mileage programs. Itâs just another thing to keep track of, and there are so many of those already that you feel overwhelmed.

You make an attempt to enroll in Northwestâs mileage program with the gate agent before you depart, but itâs early and youâre worried about other things. Things like âUnaccompanied Baggageâ which is already on its way to Japan via boat â all your winter equipment, like long underwear, jackets, and sleeping bags, and your books, many of which you wonât actually read over the next three years. Supposedly these require extra paperwork at immigration, so youâve printed out a piece of paper with a list of all the contents of the boxes and their approximate values, but no one at immigration or customs seems to be interested in this, and they just stamp it and send you out into the hot Japanese summer. Maybe the stamp will void any import tax the post office tries to levy?

22/11/12 The remainder of this entry has been removed due to potentially being published in a journal... The link will appear here soon!

Daniel Morales is currently enrolled in the Creative Writing Workshop at the University of New Orleans. His writing has been published in The Threepenny Review, The Japan Times, the web journal Neojaponisme, and elsewhere. He is the author of the website How to Japanese (http://howtojapanese.com) which he began while living and working in Japan from 2005 to 2010.
Blog address: http://howtojaponese.com/ Twitter: @howtojapanese
Vote for this:

Contest Comments » There are 8 comments

My heart aches reading this piece. I never would have thought First Class could be so expensive. Thank you.

Minor error that you might've overlooked, "The French guy at your old translation is company is still there" (EDITOR: Daniel has responded: Ah, nice catch! Thanks for letting me know.)

Very touching. I've ridden a similar emotional roller coaster in my time here. I'd like any young person thinking about venturing abroad to read this and see what they'd be passing up if they didn't give it a shot.

I liked it, especially the idea of first class for free being a kind of tiny, hollow victory. I could personally identify with a lot of it, but I can see the second-person not working for other people. One minor quibble: "She worries that you donât like Japanese food, but you ensure her that youâre not picky" Should be "assure", I reckon.

A lot of this mirrored my own experience. I even just became a Delta Sky Miles member :). You're great at putting emotion into your writing. I'm looking forward to reading more by you.

This story is captivating and very well composed. For an ex-expat in Kapan and China, it is deeply relatable.

There's a real, yearning poignancy present throughout as you trace how the "free" cost of first class is here more of a Pyrrhic victory~ and tell more than the story of being an ex-pat, but of figuring out what you want out of life and how hopes & dreams drive actions, and end up taking you somewhere even if it's not where you meant to go. First class might end up feeling hollow, but discovering writing certainly isn't especially when all that experience churns into a piece like this. I love the second-person style here; it made me connect to the relatability of this piece (universal, I think, even for readers who haven't left the country) even more.

Beautifully written, Daniel. I was on the same (unnamed, but readily identifiable) program as you, and you perfectly capture the feeling of "setsunai" it engenders.